It rained early on my second morning in Pittsburgh, lightly but enough to give everything a good cleansing. I jumped up and down for joy, until I realized I was not in California home of the worst drought in 500 years. Coming from the Golden State, the green hills here seem outrageous. With water, water everywhere I did not feel guilty about running it when brushing my teeth. I’ve gotten a lot of questions from Pittsburghers about the drought. My only answer is, it’s time to bring out the drums, do the rain dance and hope that the goddess of rain smiles on us.

After breakfast the rain cleared; humidity set in and the gray-coated sky provided the perfect backdrop for Pittsburgh’s hills edged with its ubiquitous red brick houses and rivers whose yellow bridges line up like giant tinker toys against the mud-brown waters. The weather boded well for our plans to visit the Strip, and St. Anthony’s Church.

We would forgo the Andy Warhol Museum as we had visited it on previous trips. If for nothing else, the Warhol is a great read on his life and work and a reason to come to Pittsburgh. The Pittsburgh art scene continues to burgeon through other venues including The Miller Gallery at CMU, Pittsburgh Center for the Arts, Pittsburgh Glass Center, Pittsburgh Filmmakers and SPACE Gallery.

In spite of its provocative name, the Strip is just that: a half-mile strip of land sandwiched between the Allegheny River and a mountain-like hill. Warehouses lined with truckers picking up and delivering goods, a flower mart, and various industrial suppliers flank its side streets. A jumble of eateries, coffee houses and roasters, specialty groceries, bakeries, and a plethora of ethnic food stalls crawl along Penn Ave. catering to every known craving: kielbasa, pierogis, banh mi, pasta, and tacos, etc. simply presented, and cheaply priced. 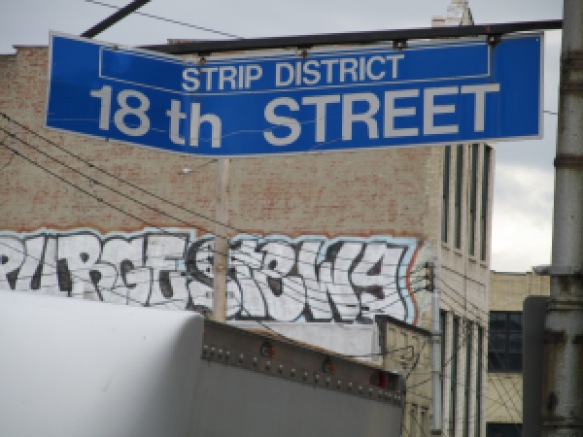 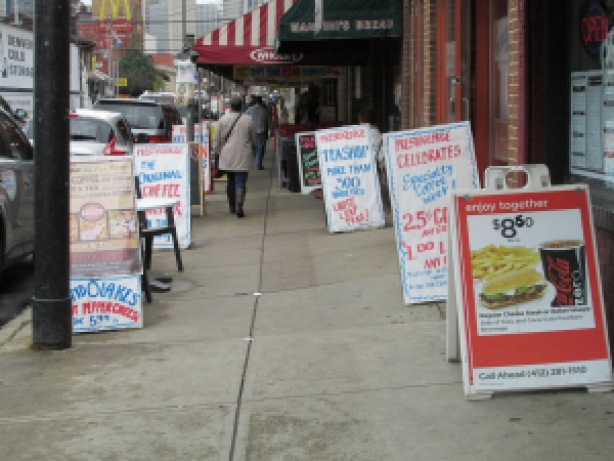 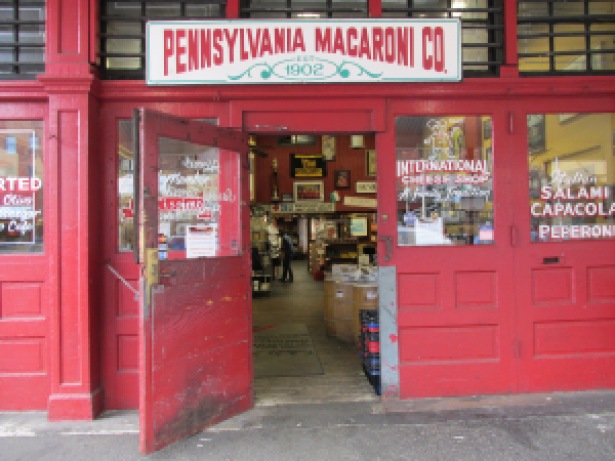 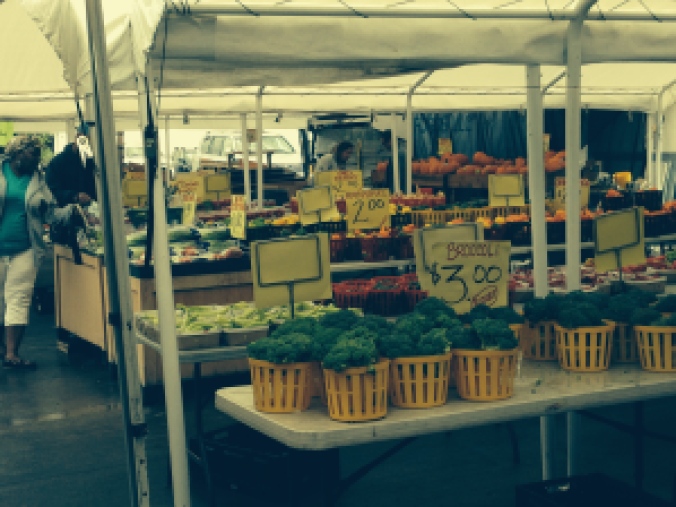 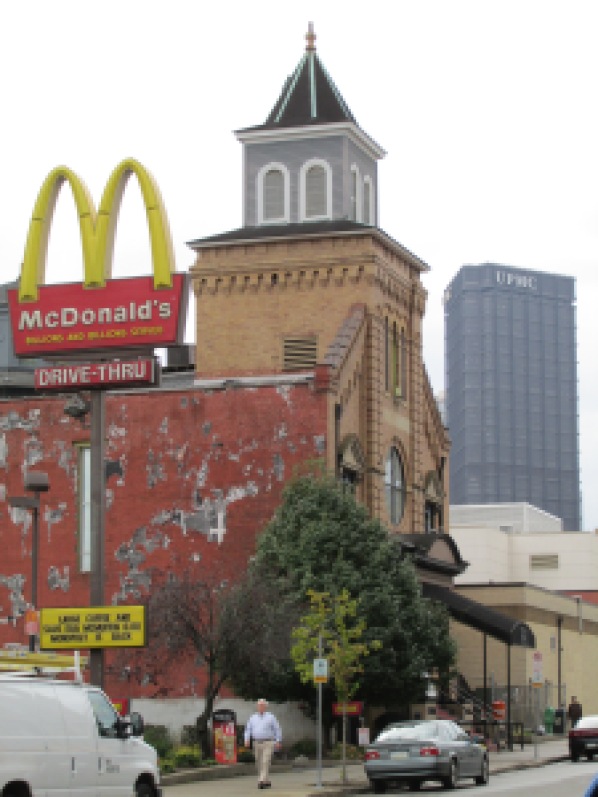 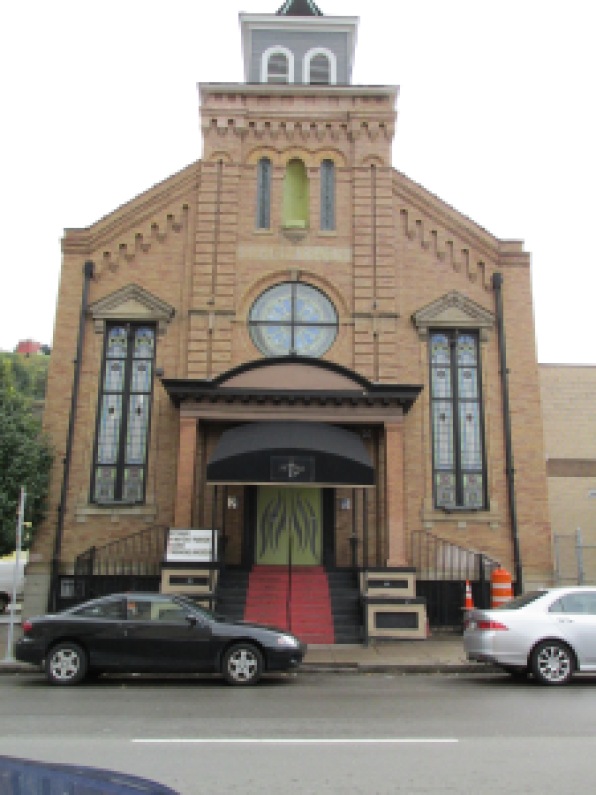 It’s not a Church!

I approached a stand where workmen were lined up for sandwiches. “Vietnamese?” I inquired. A customer replied, “I don’t know, but they’re awfully good. I come here all the time.” The Vietnamese woman behind the stand, famous for her sandwiches replied, “Yes, they are Vietnamese.” The Strip as a great spot for street food, just may be the Hanoi of America. 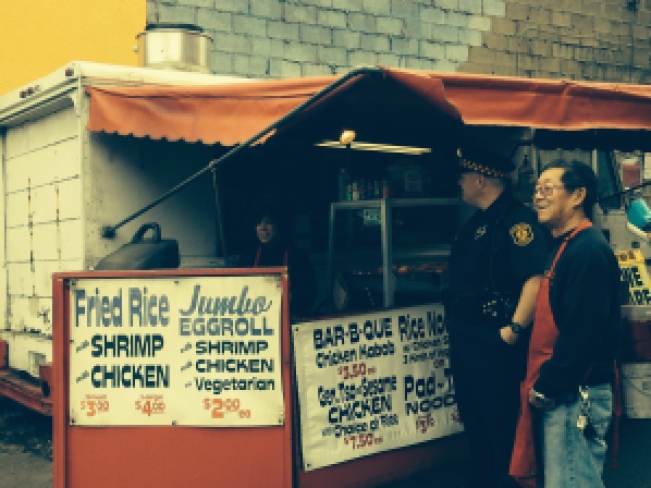 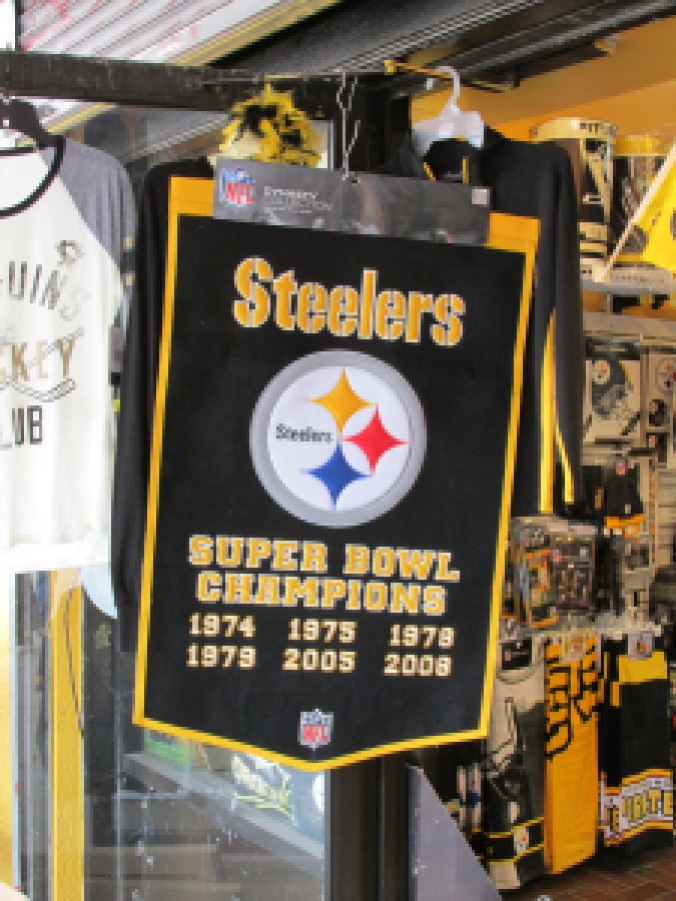 My partner hungered for one of Primanti’s signature sandwiches. Fried sardines, tomatoes, pickles, onions, cheese and yes French fries slathered in mayo and mustard, squeezed between two slabs of bread large enough to feed a Steeler, filled the bill. 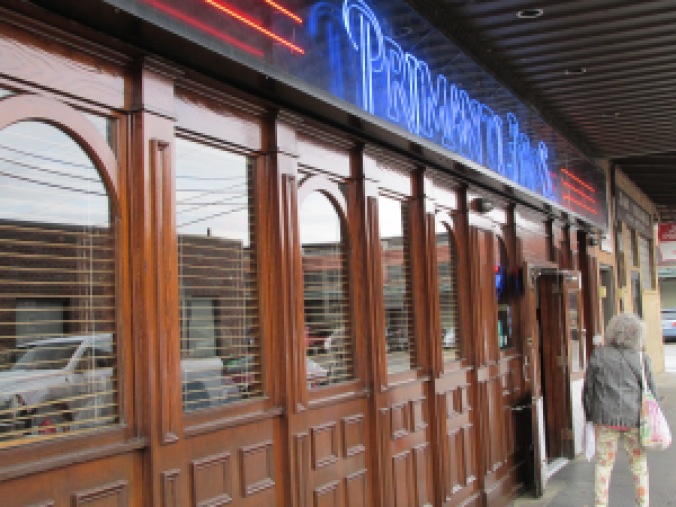 I did not inhale.

From the Strip we ubered to St. Anthony’s Church a museum of sorts in that it houses the largest relic collection in the world. “What is a relic?” An object that has survived from an earlier time of course, in this case, religious relics such as pieces of clothing, bones, drops of blood, ashes, or the personal affects of saints or venerated persons. Corporal memorials – they are saved for remembering and honoring a highly regarded being.

In 1880 Father Mollinger from a wealthy Belgian family, the pastor of Most Holy Name of Jesus Church initated the construction of a chapel to house his collection of relics. In his lifetime, thousands of people made their way to the chapel to receive his blessing and the relic of St. Anthony. Mollinger’s 5000 relic collection has been housed in the church for over a hundred years. They had been venerated in Europe previous to their transport to St. Anthony’s. Documents verify their authenticity. Included in the collection: a splinter from the True Cross, a thorn from the Crown of Thorns and a piece of stone from the Holy Sepulchre and many relics of first class saints.

Father Mollinger spent over $300,000 to provide the chapel located on Troy Hill on Pittsburgh’s North Side. When he died unexpectedly and having left no will, the Church acquired the title to the chapel. The Bishop settled with the family heirs for $30,000, a pittance of the original cost. At the time, the struggling parishioners of St. Anthony’s eventually raised the $30,000 to repay the Bishop.

Photos are not allowed inside the church.

My thought was that if the relics truly were the survivors of so many elevated and even enlightened beings, with 5000 pooled in the same room, the energy would be overwhelming. I anticipated the possibility of levitating and gliding through the church. My illusion was met by the silence of a morgue-like museum of unrecognizable bits and pieces of people from another time and age. I don’t want to be disrespectful, but I cannot deny my skeptical response to the idea of housing scraps from 5000 deceased humans in one room. What purpose do they serve save to placate our attachments and emotional needs? In some cultures, such as the Native American and in India, open-air cremations are allowed in which the fire consumes all traces of a body and releases the ashes back into the cosmos. My own father’s memorial card read, “Do not weep for me, in death I now surround you”. If you are reading this, I would be most interested in your thoughts.

Pittsburgh’s two trams up Mt. Washington have been running since the 1800s when they were originally constructed to transport steel. With the steel industry all but shut down today, they transport people up to the mountain-top where a bevy of restaurants lays waiting. Instead of using the tram, we treked up the mountain with Uber. We would dine at Altious with its unparalleled view of the Golden Triangle. 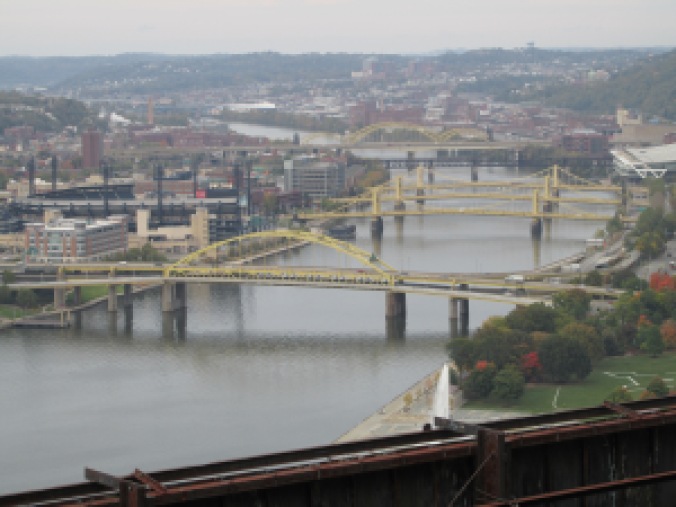