Angel Got My Back

This morning it became evident that after a long break from putting thoughts into words on paper, or computer as is the case in our well advanced techie era, I had to sit bottom to chair and take pen  to hand or keyboard, once again. Travels through Europe, (more to come on the latest trips) research for our upcoming book The Glass of Wine my partner and I are finishing up for the publisher, and hanging out with friends and my two beautiful granddaughters have filled the space since I posted An American Kali.

To my surprise I have turned out to be a classic grandmother. I promise….only a couple photos! 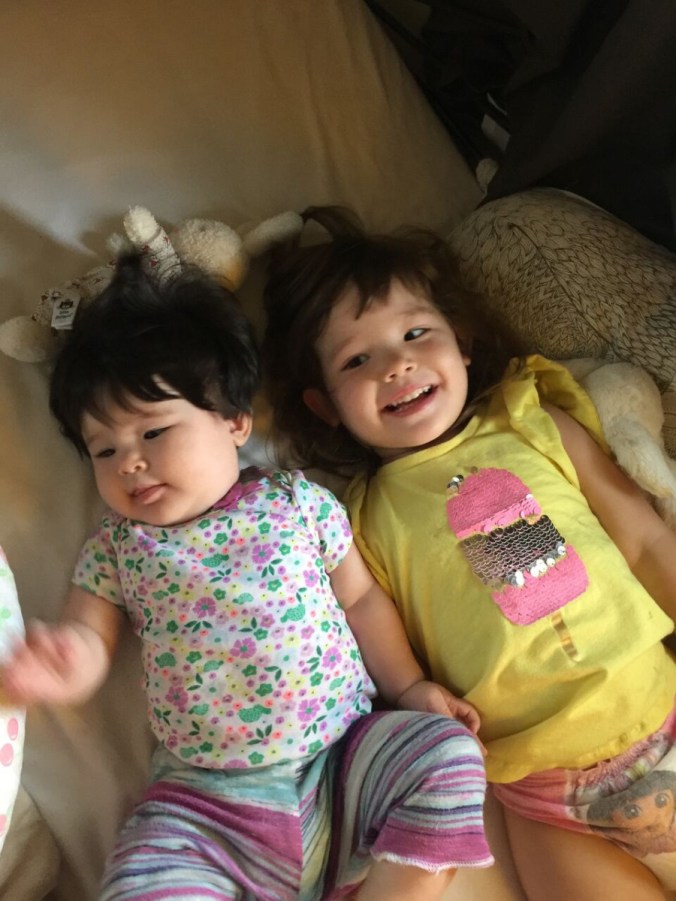 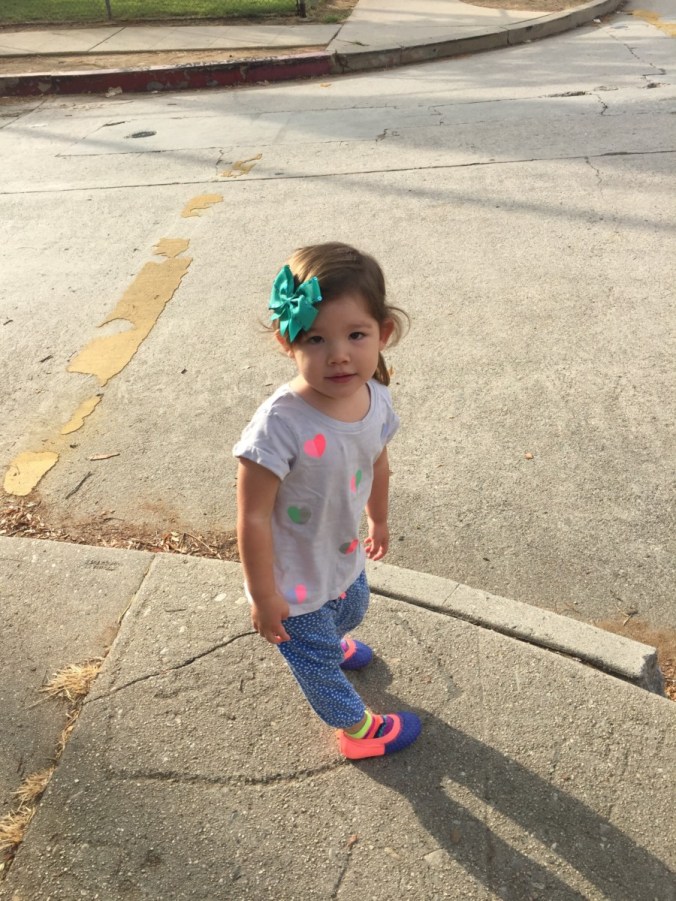 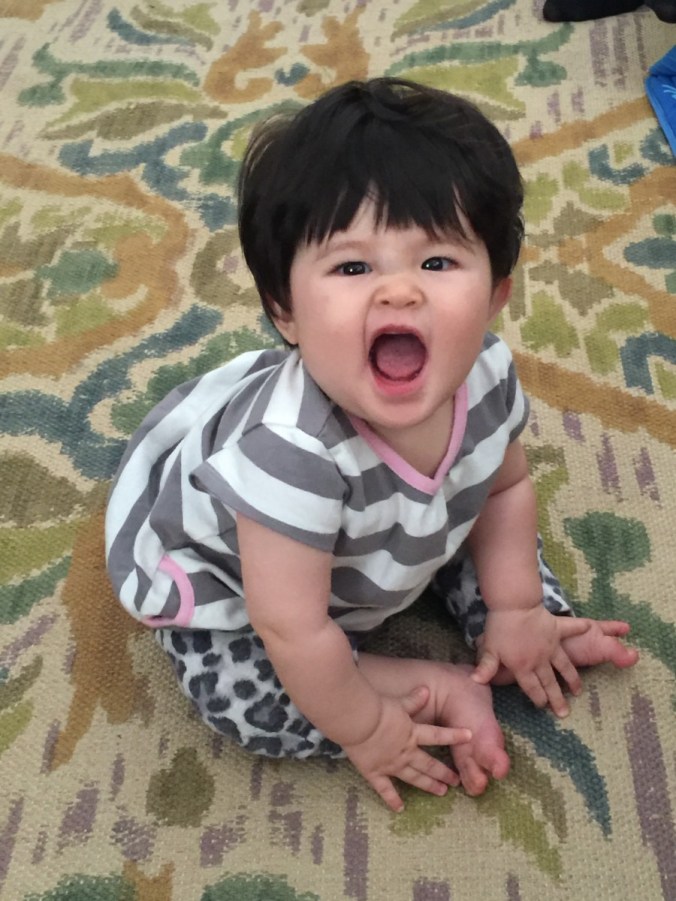 With Steve Siu, a great pianist. 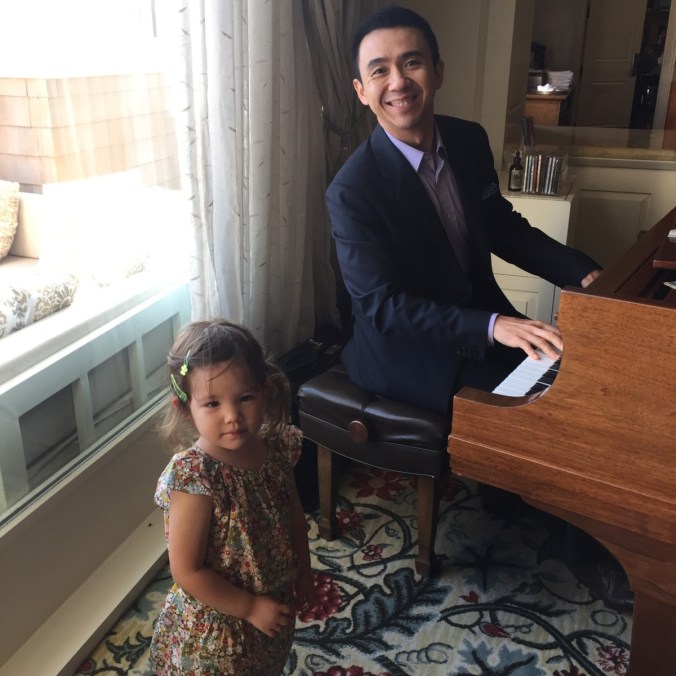 For the most part, I felt like I was spending a long chunk of time in the ever blissful heaven realm. And then, a blip occurred.

It was a lovely, warm Friday evening in the OC. My baby sister and I had gone out to dinner at  an Okinawan restaurant in Tustin. Okinawa is to Japan a little like Sardegna to Italy; under the stewardship of a major country, each has a unique culture and cuisine of its own. Recently, I began to get to know Okinawa’s healthy and wonderful cuisine at Habuya, a delightful, hole-in-the-wall eatery in Tustin, Ca.

On that night of all blips, our dinner included sea grapes, butter fish, I’ve also seen it referred to as butter yaki, and a dish of natto, egg, and pickles that the diner is expected to mix into a mishmash all of which we washed down with a dry sake. 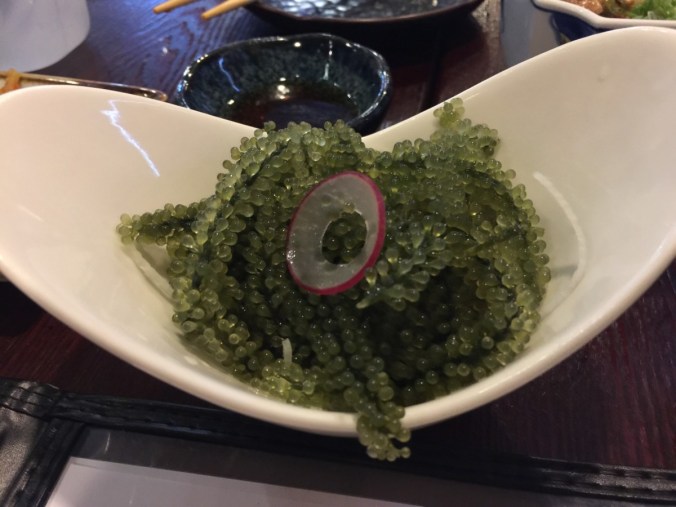 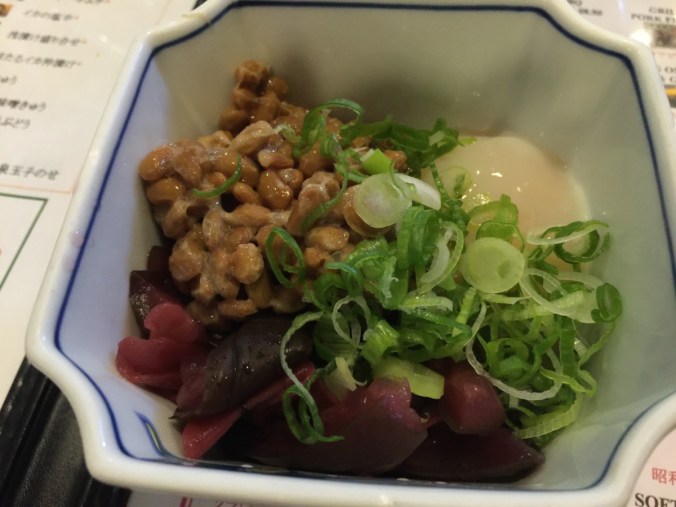 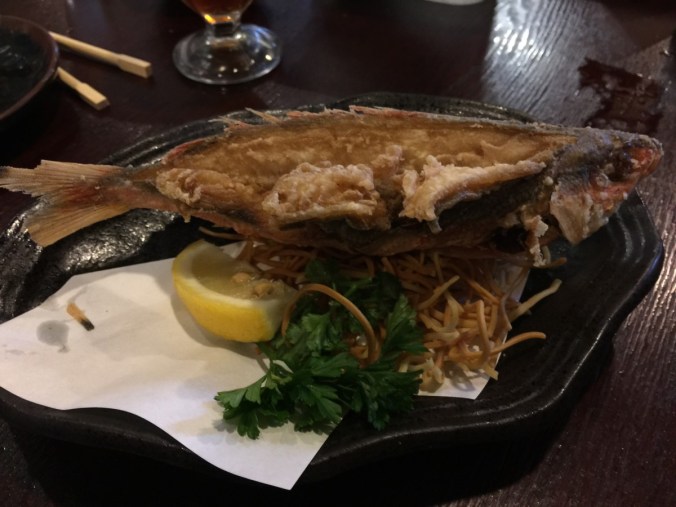 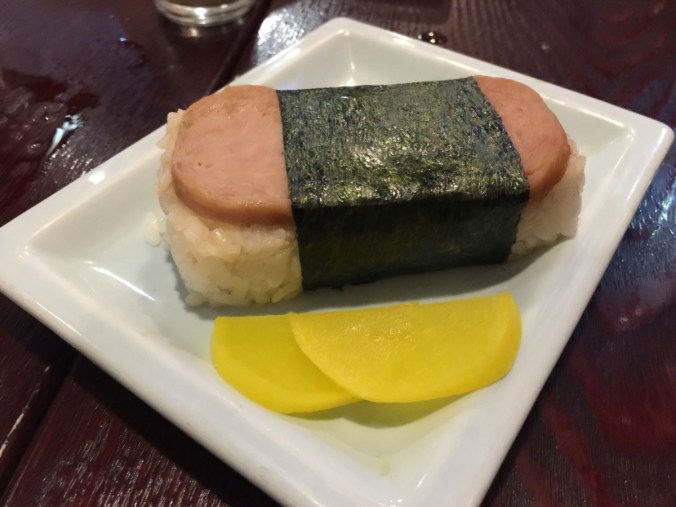 After eating we moseyed and jabbered our way across the parking lot to our cars where we stood for some time continuing the chat-fest. As we talked, I noticed that my favorite pen was missing. Probably left in Habuya, I mused. We headed back across the parking lot towards the restaurant. Not wanting to leave my computer in the car (had one stolen a few years back from same) I carried it along with. As luck would have it, we found the pen, returned to our cars and resumed our conversation.

Later, bidding each other farewell, I headed down Red Hill Ave to the horseshoe on-ramp onto the 5 South and headed home. Fifteen minutes later I parked, opened the trunk to pick up my computer only to find an empty trunk. Was it full moon or what, I whispered under my breath.

Panic mode setting in, I called my sister who reminded me that I had the computer in my hands when we returned to the car the second time. I had no choice, but to get back on the freeway and return to the site where I had parked. When I got there a lot of young guys were hanging out, sitting on the curbs talking, strolling about. Would one of them have the computer? Too intimidated to ask, I covered the lot with a fine tooth comb, checked in with the owner of Habuya, the liquor store and at the filling station next to my parking space. The attendant assured me that I was in “a bad area”, but to no avail. The computer had disappeared in thin air.

I felt like I had lost my best friend. Forlorn and lonely I crawled back into the car and sadly returned to the freeway. How quickly the heaven had turned to the hell realm. Far more than a computer had been lost; there would be no Netflix for me that night.

After a night of tossing coupled with a lucid dream about a stolen computer, I woke up to the realization that I would not be able to check my email or the news sites that I frequent after morning tea.. Unable to get online, disconnected from websites, what was a girl to do? I-Phone? available, but just not the same as viewing the mornings offerings on a large computer screen.

I ate a few blue berries and handled  a few simple morning tasks. The house felt quiet. I looked out at the forest of trees beyond the large sliding glass door. I had been talking with the same trees for several years; I found their presence comforting. In the silence they beckoned.  I slid onto the patio and greeted them. A green hummingbird zapped around the lemon tree that shades the patio; a red-crowned woodpecker hammered the trunk of a nearby magnolia. I sat down in the old comfy chair in the corner of the patio where I could look beyond.

As I gazed about  bits and pieces of space intermittently woven between crimson oleanders and white alders and  revealed a luminous sky. It  had been awhile since I had sky-gazed.

Tenzin Wangyal Rinpoche a  Tibetan monk from the Bon tradition had taught me about sky gazing, a practice he does daily. Recently, I had not been following his example; instead, I had been going online. I would connect to the daily news, a particular website, email, but in my now in my time of loss, I sought out the sky. Focusing I found myself returning to a vision of a march larger universe than online could ever provide. Feeling good and yes, connected, I sat enjoying the simplicity of the formless. It must have been over hour or so when hunger began to call. I thanked the sky, the trees, the silence and turned my focus to breakfast rather than breaking news.

I felt I could have remained in my cave of quiet for the rest of the day, but I had lost a computer. The loss remained a mystery, I needed some resolution. WhileI felt gratitude to the nymph of fate who had lifted it from my life-a blip turned blessing, I needed a computer for work tasks. Twas Saturday morning, so I decided I could live for a weekend without a computer.  For the next couple days I would monitor the Find a Phone App on my I-Phone. If someone had lifted or found my Mac and managed to open it, the location would show on the app. In that case, I would be faced with what immediate action to take.

After the weekend with my granddaughters and monitoring the app my computer had not shown itself. What’s a writer to do? On Monday morning I headed to the nearest Apple store and purchased a new computer, and spent several hours with on phone support from Apple doing a migration transfer from a back-up disc of info from the old to the new desktop. All  the while I wondered what had happened to my computer?

That eveningI relaxed in my easy chair, opened my gleaming Mac and turned on Netflix. Just as I was about to open a new episode on one of my favorite series,  I heard a text message bleep on my I-Phone.

“Hello, if this is Penelope, my name is Hernan. I found your smashed laptop, a thumb drive had this number in it.”

With Hernan’s permission I called him. He asked me to describe my computer and then launched into a discussion of where he had found it and its condition. I had a bit of intimidation at first, was this a con artist? But then the sound of his voice reassured me that this was no con man. I felt as though I were listening to the voice of an angel. His was a gentle lilt, soft. He explained to me that he found the computer on the on-ramp I had used on my entry to the freeway after dinner at Habuya. He followed up with photos. I took more. 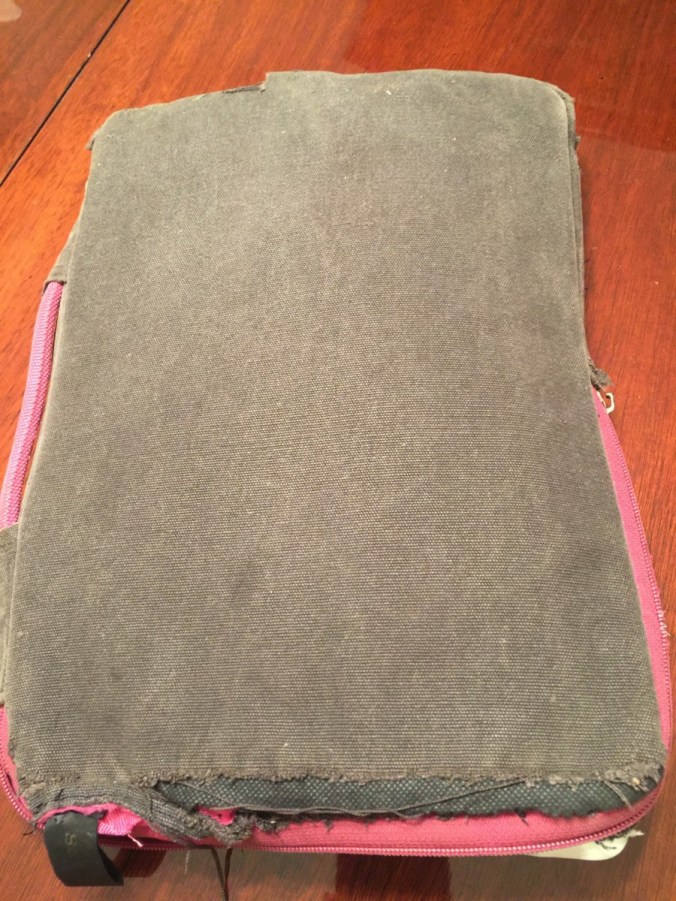 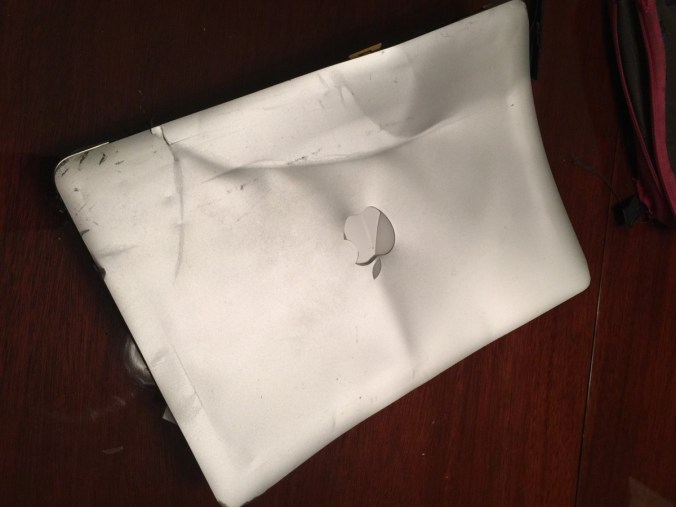 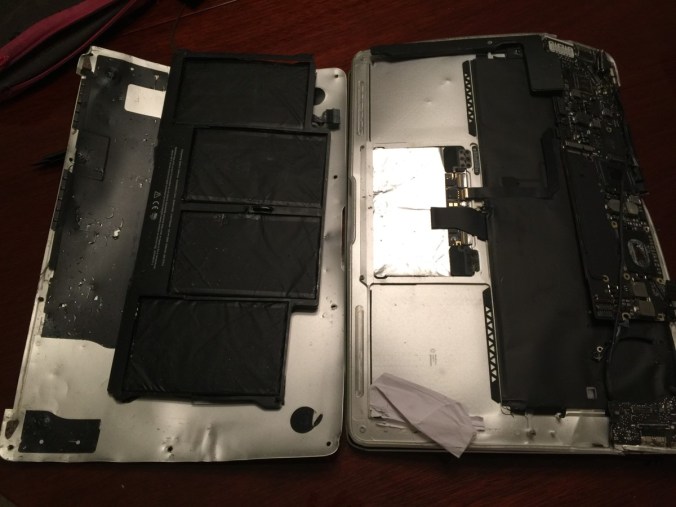 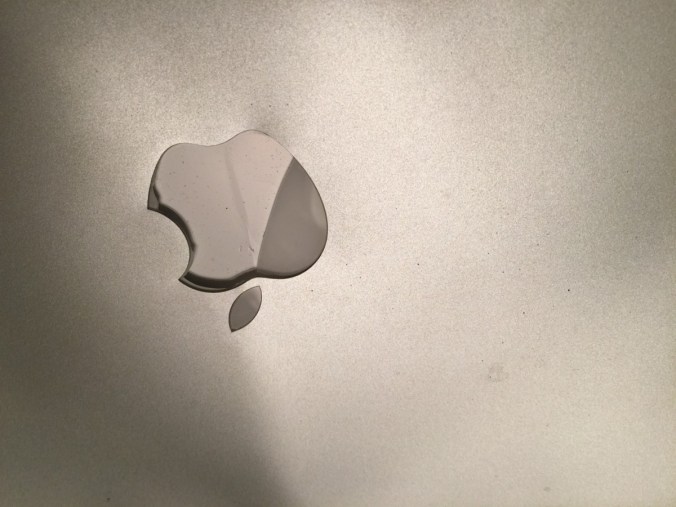 When he told me that he worked for Edison, I knew he that he was used to observing borders along roadways and on-ramps. Not surprising that he spotted the laptop, but in the condition in which he found it I was amazed that he picked it up and tried to find my identity. Hernan said he would be working my my area in a few days and offered to return it. We agreed to meet at a small shopping center near his work. He was five minutes late when I got a call from him apologizing for being late.

He was gracious as could be when we met. “What were you doing?” I asked. “Computers are important; I was just trying to do the right thing.”

I had irresponsibly left my computer on the roof of my car. My heart fills up every time I think of Angel Hernan.