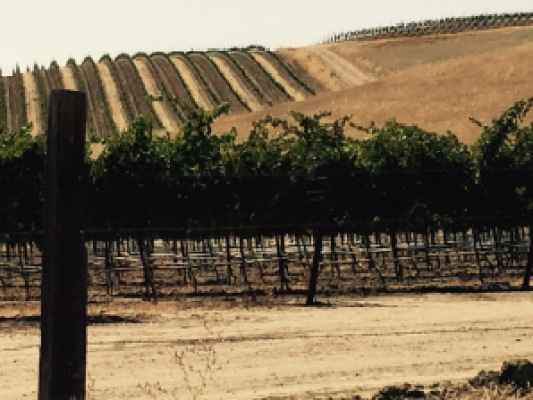 I generally pass through Paso Robles three or four times annually, spend a night and continue on to my destination. Over the past ten years, I have become quite familiar with the town and surrounding region. With every visit I have felt more drawn to its spaciousness, warm character and friendly people. Ancient oak and olive trees dot its terrain offering shady places to sit and sky-gaze; slopes latticed with vineyards roll and curl through endless space.

With so much space, a California version of Big Sky country, it is easy to imagine a time when there were no highways, no bordered cattle and horse ranches, nor vineyards for which the area has become so well known. 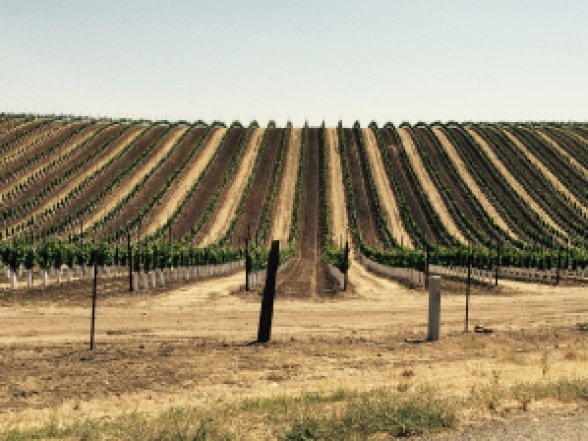 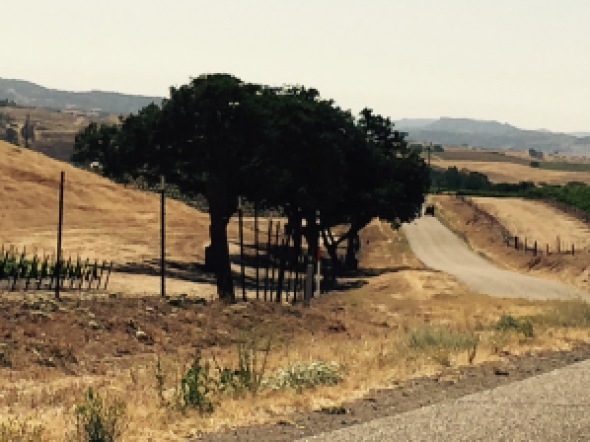 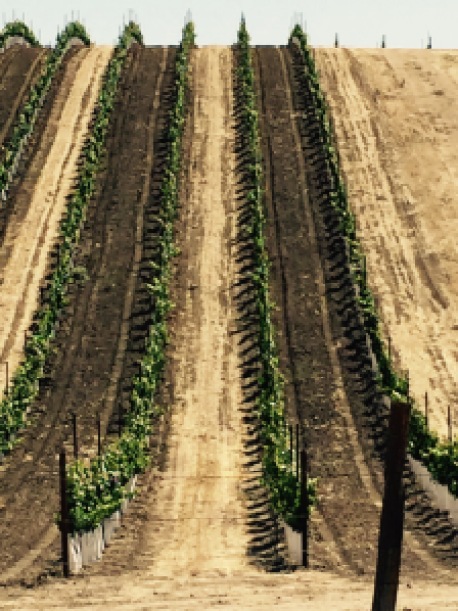 Paso for no rhyme or reason other than I feel so good, so at home when I am there, is a place that, with a slight turn of the circumstantial wheel, I could move and retire forever. Perhaps it’s one of those earth sites that simply aligns with my astro geographical lines. It calls me back, way back to the origins of all that is and reminds me of that from which I came.

On a recent visit, my partner and I arrived in late afternoon and checked into the Adelaide Inn. The Adelaide covers all the basics:  great beds, comfy chairs,  refrigerator, make-up station including lighted enlargement mirror, lots of towels, hooks in the bathrooms; this place does it right. That’s probably why it gets 4 1/2 ***’s from Yelp and Trip! The helpful staff provides fruit, great chocolate chip or peanut butter cookies at night and scones in the morning. On arrival, we were given a room for $119. A bit of a special, but then we are regulars; on the same day other places were going for $150…up.

After checking in, we headed downtown to our favorite Paso go-to, Il Cortile, for dinner. When the Chef Santos and his wife Carol left LA seven years ago to open the now highly acclaimed restaurant, the quality of the food along with the best wine menu in town set a new bar for Paso’s restaurants. The housemade pasta is the best on the Central Coast and as good, I might add, as what I have had in many trattorias in Italy. 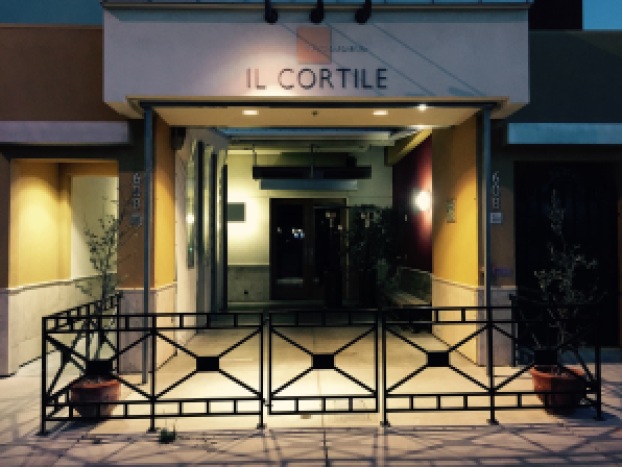 While picking up breakfast scones in Adelaide’s office the following morning, a copy of the Paso Robles Press carried breaking news. Cass Winery had been named winery of the year.

That did it. Unfamiliar with Cass as well as most of the eastside wineries, the thought of hanging out in laidback Paso for a full day exploring the territory was too much to resist.

We jumped into our thirteen year old Prius and headed toward the vineyards. On the way out of town, we fortified ourselves with chai and espresso at Red Scooter. Not only coffee and pastries, but some of the best sandwiches in town come out of Red Scooter. Time permitting it’s also a great place to sit and visit with locals. Aside from anything else however, after a month of weaving through the LA and OC freeways, padding about the small town felt like a warm sauna on a cool day with no hustle or bustle to interrupt my reverie. 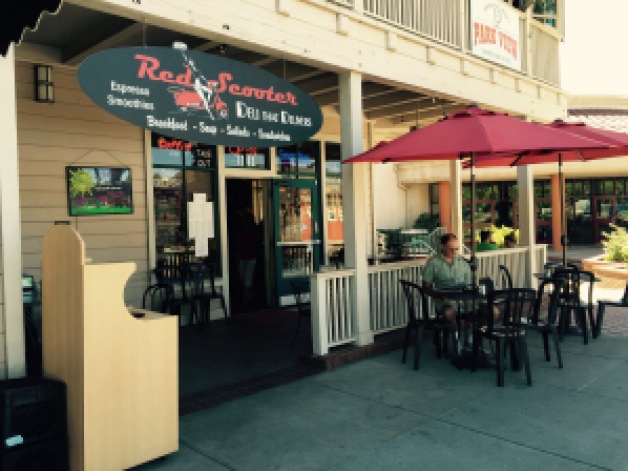 A fifteen minute ride from central Paso, Cass is east of Highway 101. Along the drive out, a family with four baby deer nestled in the shade of an old gnarled oak while a red tailed hawk circled overhead. I began to search for signs of a California brown bear.

The east side wineries referred to as Back Road Wineries form the newer group among the Central Coast wineries. The older west side group have already given the Central wine region international fame; the newer ones are adding to it with lots of good wine press.

Cass, as many on the eastside, produces Rhone varietals: rousanne, viognier, mouvedre and Grenache. We tasted, they were lovely, met the palate with grace having low to medium alcohol percent to boot. One of my pet peeves with the central coast wines in general is the high alcohol content. Tablas Creek and Bella Luna have managed to keep the alcohol content within reason and I was pleased to see Cass following in that tradition.

Unlike Napa, where tasting rooms follow one another in succession, the Paso wineries are more isolated, spaced well apart. Once a tourist gets out in the vineyards, there are no soda fountains, deli’s or fine dining establishments within short reach. We were happy to find that Cass offers lunch. A delicious veggie sandwich under a lovely arbor more than satisfied our needs. 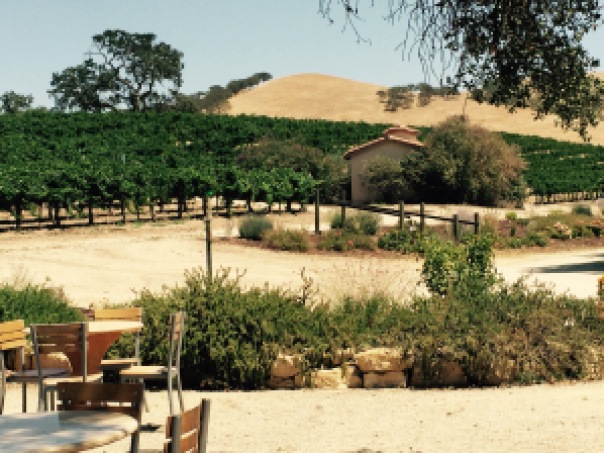 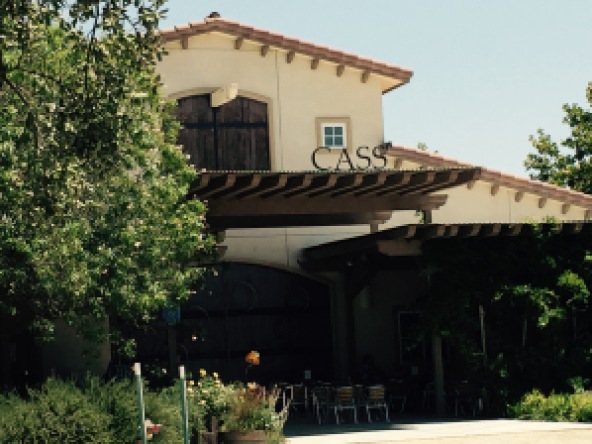 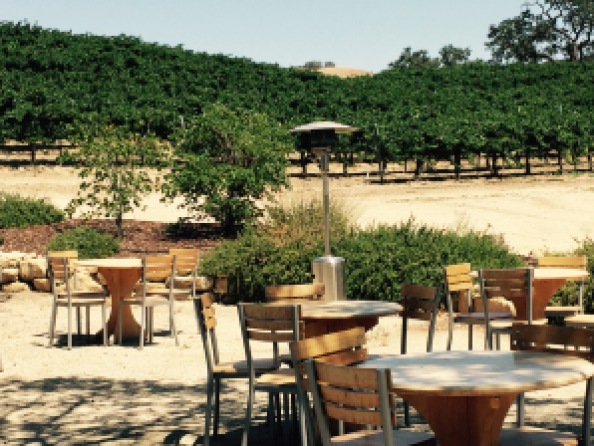 With lunch handled we ambled about the grounds and vineyards contemplating and enjoying the bliss of quiet. 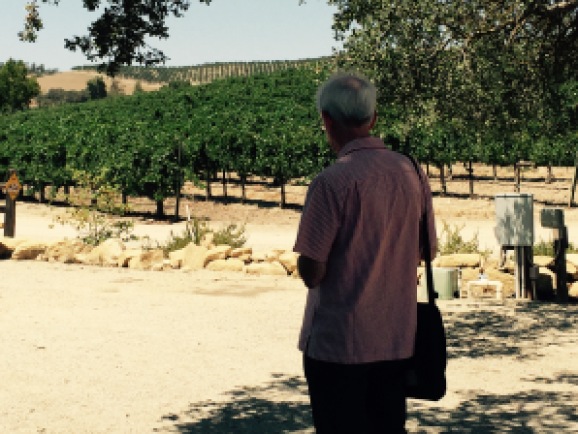 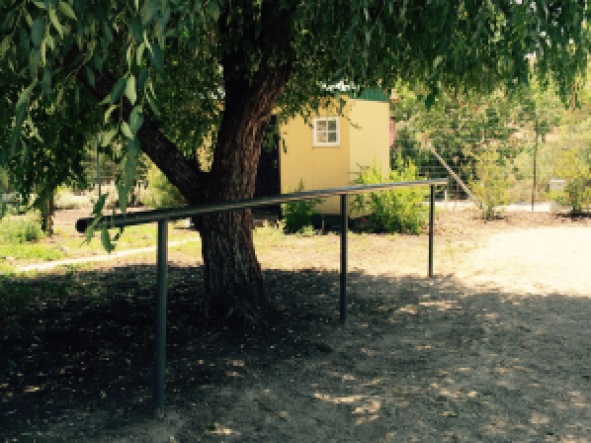 After Cass we spent the rest of the afternoon crawling through the vineyards stopping now and then to breathe in unbounded space. Finally, instead of moving north as originally intended, we headed back to the Adelaide and another dinner at Il Cortile. An intended overnight began to turn into a Paso in 48 Hours.