Once up and running, word got out, spread far and wide that the amrit was one of the best restaurants in the state of Maharastra. Tourists drove the forty five or so kilometres from what was then called Bombay, to the village of Ganespuri, knocked on the gate to the meditation ashram that housed the amrit, and asked for dining reservations. While the resident devotees found it rather humorous, tourists when told that the amrit not a public restaurant and served food for the residents of the ashram only, went away disappointed.

One of those fortunate individuals to eat the ambrosia served in the amrit three times a day for one solid year, why I get jealous when I remember my experience of living there some twenty-five years ago. The amrit’s five star reputation—well deserved!

This was not a restaurant in any ordinary sense, but it could have held its own against some of the starred Michelins. The philosophy behind it ran in deep streams of thought coming out of the Vedas and the Upanishads, some of the world’s most ancient scriptures. Food a necessity, not only nurtures the body, the divine can be known through the sense of taste.

One of my work assignments that year now seemingly so long ago, was prep work in the kitchen. As we washed, cut, and chopped vegetables, de-stemmed thyme, peeled mangos and papayas, kneaded dough for naan and chapatis we worked in silence and listened to recordings of ancient Sanskrit mantras and ragas. In a kitchen so contemplative and peaceful I could not help but fall into that same state. I could feel that peace slipping through my fingers into the food that would eventually nurture the souls of those ate it. This was in fact the intention behind the the silence and chanting. To this day I listen regularly to chants when preparing meals in my own kitchen.

An aside on a similar note: years later while visiting a large winery down in Chile I thought I was in a church when I entered the barrel room to the sound of Gregorian Chants. Piped in over a sound system because sound carries vibration, the winemaker convinced that the elevated vibrations of the chant would permeate the wine, played them continuously as the wine aged.

How many times have I heard the question, “do you like the food?” to be followed by the answer, “it’s divine”– music to the ears of the chef. According to the dictates in the ashram not only the method of preparation,  the intentions and state of the staff are important. I would add a very important third ingredient,  the essence and quality of the food.

What is it that makes me  feel that the food is divine.

First, it makes me feel good—it’s that simple.

Second, it takes me out of my ordinary experience into dimensions beyond the thing itself. Like the visuals of a gorgeous sunset, the taste of food can be overwhelming. It is one of life’s most pleasurable experiences. I am not talking about the self-gratification found in an eat, drink, and be merry hedonism in which food is solely an end in itself. That’s another topic.

How was the food in Sardegna? Divine! Simple, made with local ingredients, beautifully presented. People fuss over the preparation process like a hen taking care of her chicks.

As I toured the island some ingredients growing increasingly familiar drew my attention to the essence of  Sardinian food. I knew from conversations with chefs and locals there was a great deal of concern and pride in the way food was prepared–in short, with good energy.

Rather than my usual focus on the dishes or menus I began to focus on the menu of some of  the ingredients that turned up in one form or another across Sardegna.

Pecorino, like I had never tasted it, young and soft like mozzarella or aged from a few months up to a year. Casu marsu, a maggot riddled form was new to me. Pecorino and ricotta the other ubiquitous cheese are made from sheep’s milk until they are shorn in late spring. Cow milk replaces sheep’s milk for ricotta until late in the fall. With more sheep populating Sardegna than people it is understandable why lamb, pecorino and ricotta dominate the cuisine. 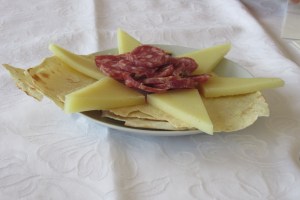 Bread, made in the old, traditional way. I cannot imagine how a Sard could handle gluten intolerance, but surprisingly, there is a segment of the population with problems. One chef teacher told me that many feel that the gluten issue began when wheat production was “modernized.” 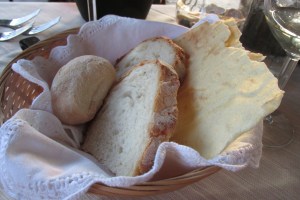 Pasta. Culurgiones, ricotta filled pockets rather than ravioli, malloreddus, small dumplings in tomato sauce rather than gnocci, fregola, a nutty pasta frequently served with clams, varying slightly from north to south were common. 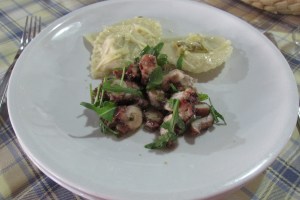 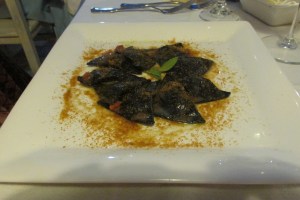 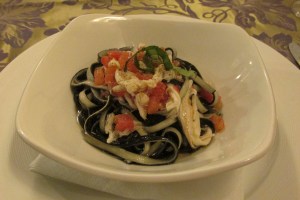 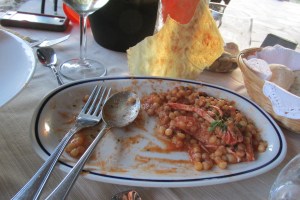 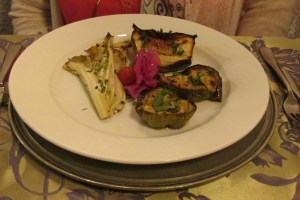 Seada: ravioli like pockets filled with pecorino, topped with honey is divine. 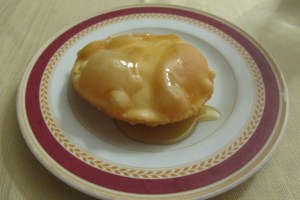 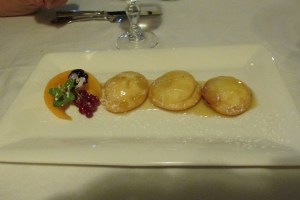 Wine: cannonau, vermintino, carignan always available, but rare varietals indigenous to the island may be had as well. 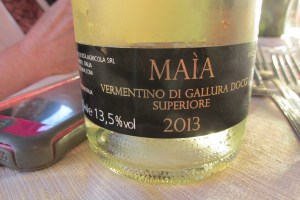 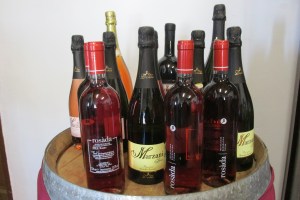 Nutshell: the divine food of Sardegna covers all three of the above criteria making it more than fit for a foodie, the kind of foodie as explained by Mark Bittman.

Pleasure is just one aspect. It’s even more important to reflect our values.