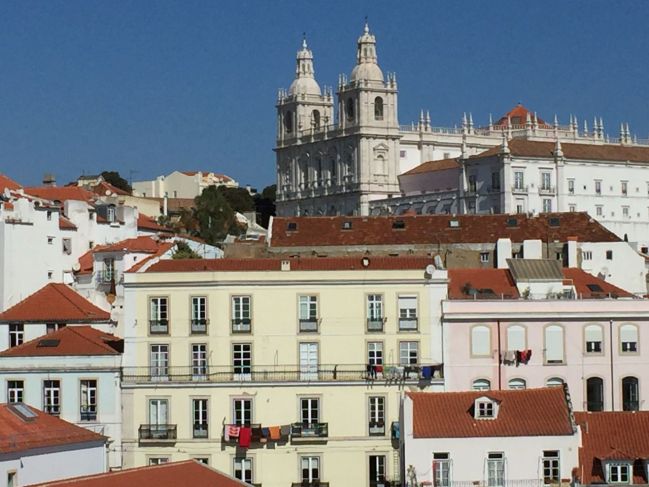 I am returning to Portugal. Neither in the body nor through an astral hyper-loop, I return through journals and photos. I had planned to share the following earlier on, but when, with the iniquitous events of late 2015, I succumbed to writer’s block, I put my intentions aside and turned to reading Fields of Blood. As I mentioned in an earlier post, the book provided a synopsis of historical events that helped me to understand the current. While I read, I continued to reflect on Portugal.

END_OF_DOCUMENT_TOKEN_TO_BE_REPLACED

While poking around in my library, a book inadvertently, but not accidentally fell off a shelf. I picked it up, mused over it a bit and noted a quote on the back cover from Jacob Needleman. He called it one of the most influential spiritual books of the 20th century.

The Way of the Pilgrim is the story of a man who made his way across 19th century Russia carrying a Bible, a bit of dried bread and a prayer rope, obviously, a traveler with purpose. As he walked, he focused his mind on an ancient orthodox practice known as The Jesus Prayer. I have witnessed a similar process in India where orange robed sadus walk the country, mala beads and begging bowl in hand, reciting mantras.

If the book is as influential as Needleman pointed out, perhaps it indicates that while most of us may not be called to the life of a wandering sadu or mendicant, the thirst for inner spiritual growth is innate.

For several weeks I had been thinking of a trip to a European country, but for no apparent reason I could not bring myself to make the necessary arrangements to get there. I felt conflicted. Then the migrations from Syria turned to a major issue in my intended destination. With that, I decided that the trip would have to wait until a later date. Fortuitously, the conflict cleared unexpectedly, and “out of the blue” the sound of Portugal entered my mind like the kind of mantra that called me to hyper-loop to Baku in Azerbaijan several months back. On the spot, I decided to go, but having dallied so long and my allotted travel time closing in, I was faced with last minute reservations. Flight schedules and hotels were put together almost as the plane was gliding down the runway. I know so little about Portugal, the customs the ways of its people not to mention the lay of the land, but the omen of the falling book lead me to understand that the trip is metaphor. It is indeed a pilgrimage. As to why Portugal, that will be revealed as I journey.

I write from the plane, a US Airways jet. The recent merger of American Airlines and US Airways created the largest airlines in the world. An agent told me that on Oct. 16 the merger with all changes to planes, flights, etc. would be completed. My pilgrimage begins under the old regime; when I return on American the new will be established.

Yesterday Jackie Lovato  blog consultant and my teacher of all things teckie, changed the opening photo to a shot I took on the Mekong Delta two years ago. It feels far more suitable than the old photo for the pilgrimage I am commencing. Jackie, not only a great photographer, college teacher and web site consultant, she is as her name indicates, a love. Need blog or web help, wedding photographer, fashion shoot, she is your woman. This is my first commercial in a post. Just cannot help but promote such a wonderful person.

If you follow the pilgrimage I would welcome your comments.

From the air and the airport in Philly,