I am returning to Portugal. Neither in the body nor through an astral hyper-loop, I return through journals and photos. I had planned to share the following earlier on, but when, with the iniquitous events of late 2015, I succumbed to writer’s block, I put my intentions aside and turned to reading Fields of Blood. As I mentioned in an earlier post, the book provided a synopsis of historical events that helped me to understand the current. While I read, I continued to reflect on Portugal.

Long ago in a land far away, a sage yogi taught me about what he called witness mentality. He explained that witness mentality is a way to observe life. “It is like watching a movie,” he explained. “You observe the interactions of the characters, you see their struggles and conflicts, and, while you may empathize, you do not take them on.” He suggested that I give witness to life as though it were a movie. Traveling has a cinematic quality into which a traveler can easily slip. Witness mentality can be more difficult than it sounds, but within a few days in Portugal I found myself doing just that, witnessing while wandering.

Slowly strolling in wander-witness mode minus a list of must-sees or do’s, I slipped into a movie-like trance. When I stopped at a busy corner for a stoplight, I barely heard the bustle of activity that surrounded me. I ambled along streets noting a blue sky framed in tall buildings and Church towers. I was struck by the details of architectural styles and doorways. Doorways always intrigue me. The azulejos more than commanded my attention.

At one point I looked up and noted a few pieces of laundry hanging over the wrought iron railing surrounding an apartment window. I chuckled. I could not imagine such a scene in say New York, San Francisco or even in la-la Los Angeles.

Moved to take a photo, I took out my I-6 and clicked several shots. Who would have thought that forms, colors, textures, fabrics blowing in the wind, just laundry on a line could be so tantalizing.

I began peering up and down the main drags as well as the side streets and alleys in search of laundry. In every direction as lines of blankets, sheets, pants, shirts, bras and panties turned into a series of abstract paintings, the walls of Lisbon became art galleries. And the same would continue as I made my way through Sintra, Tomar, Aveiro, Porto, Pinhao and beyond.

When it comes to laundry, the Portuguese are pragmatic and efficient. It is no wonder that they have one of the most energy efficient countries in all of Europe with fifty percent of its energy coming from hydroelectric and wind power. What better way to dry one’s laundry! 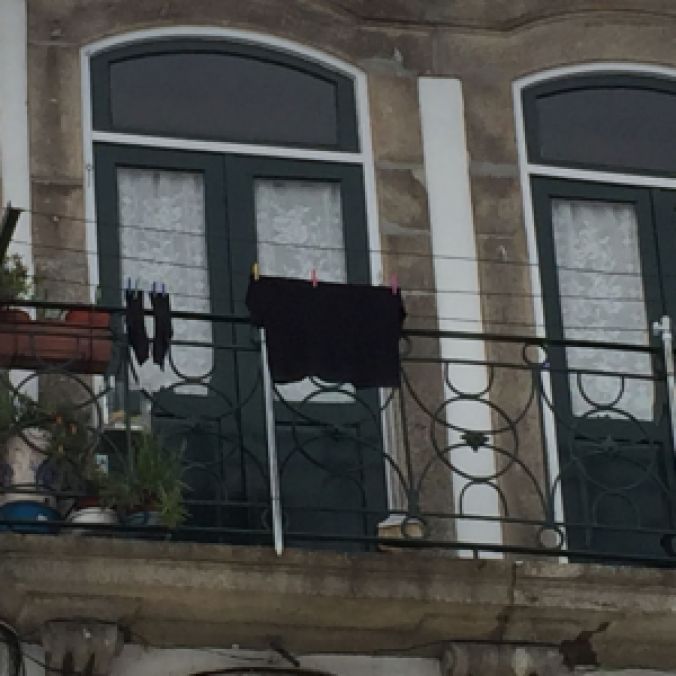 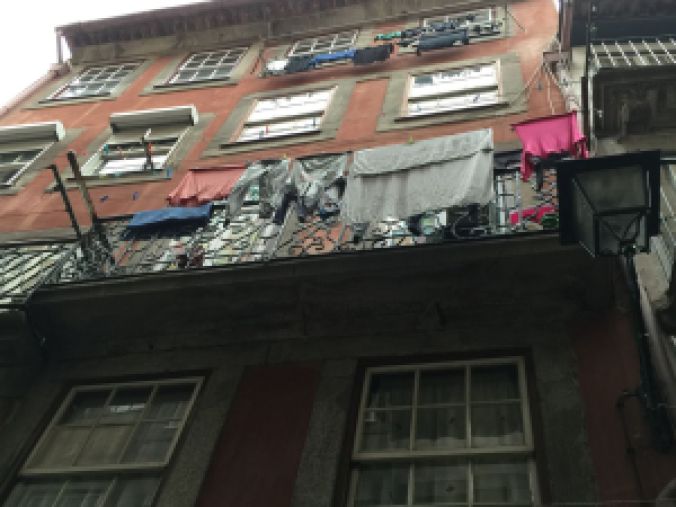 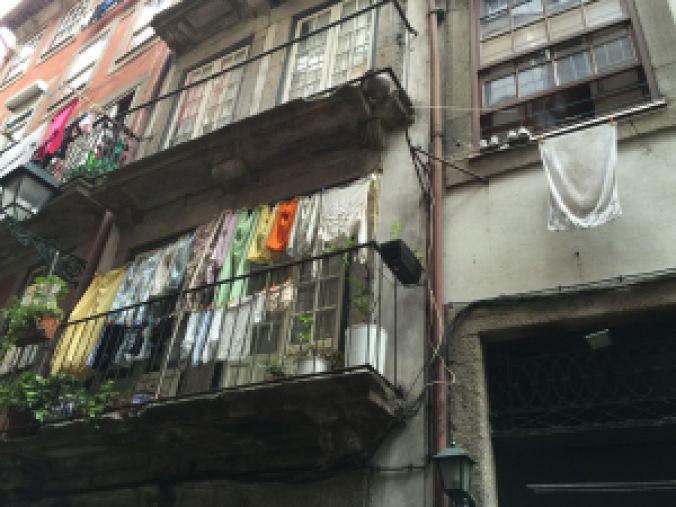 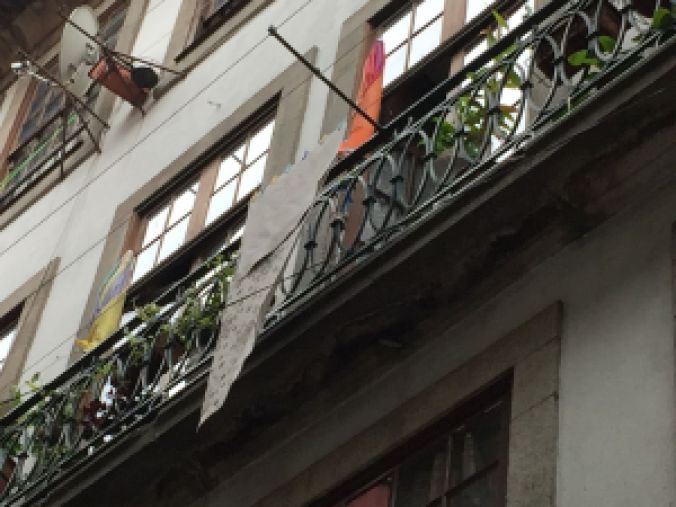 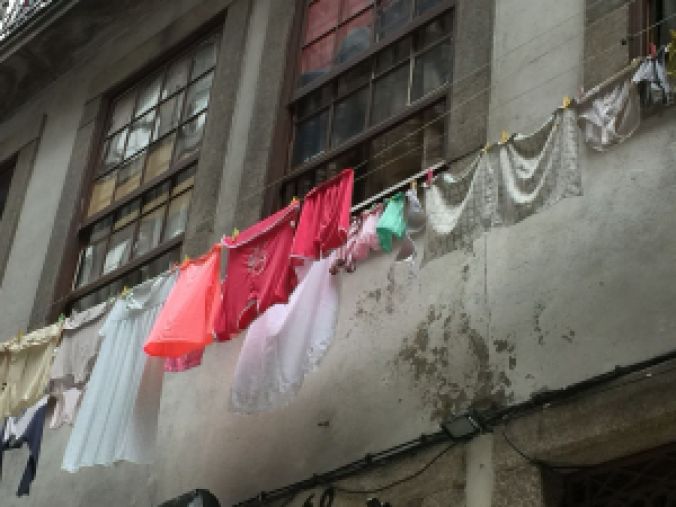 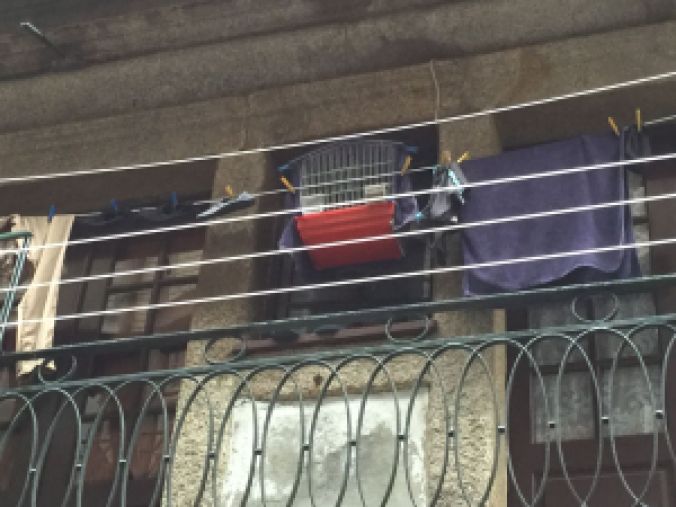 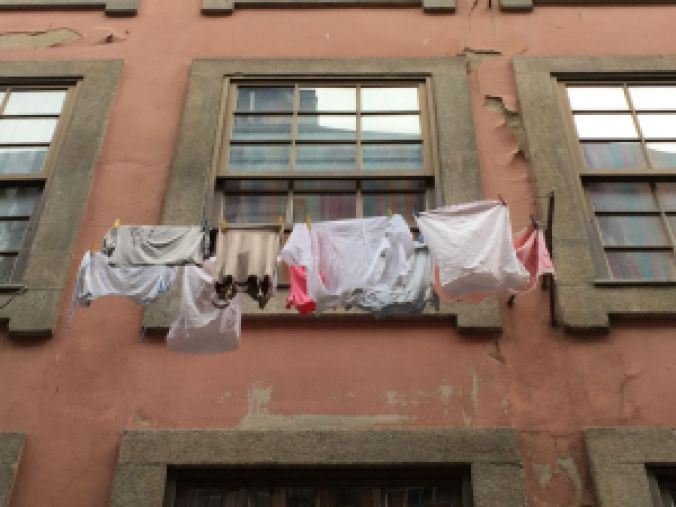 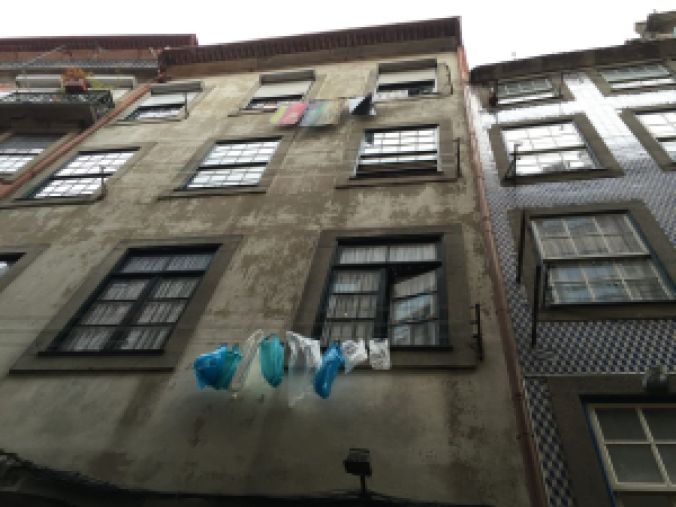 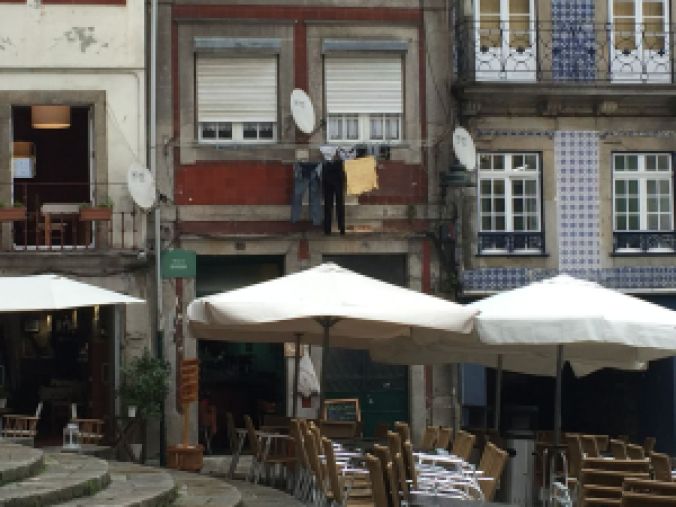 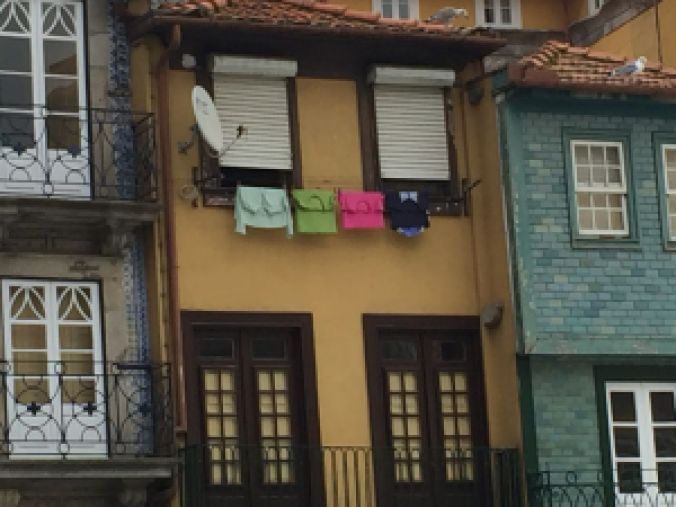 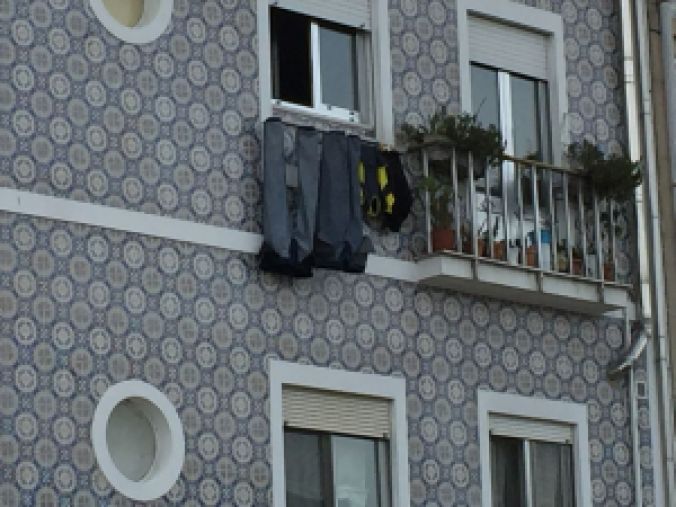 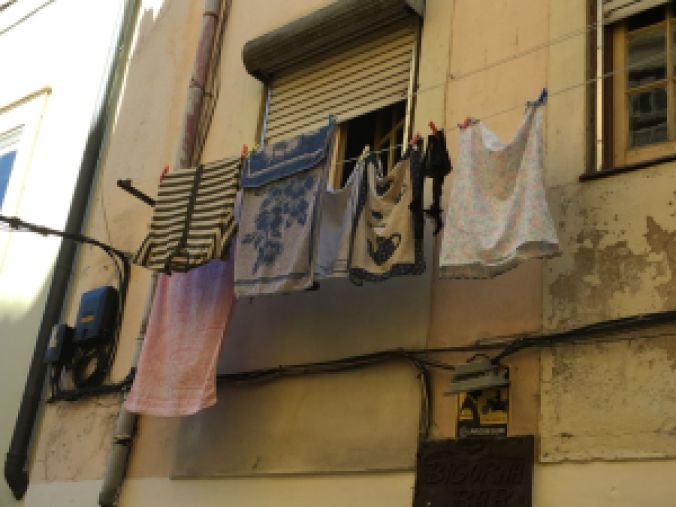 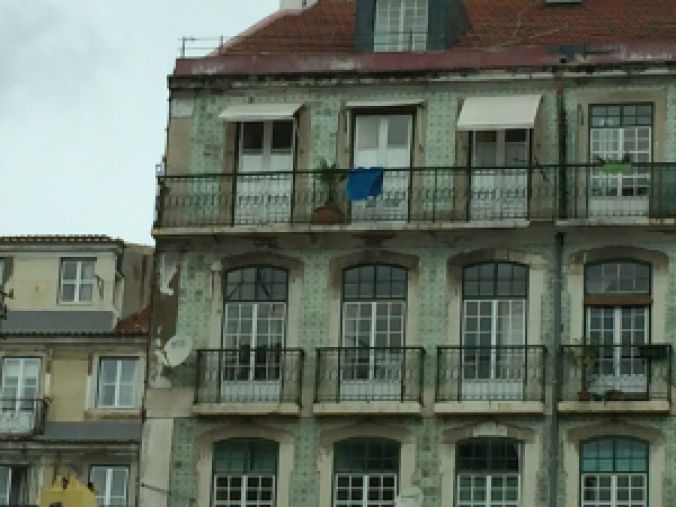 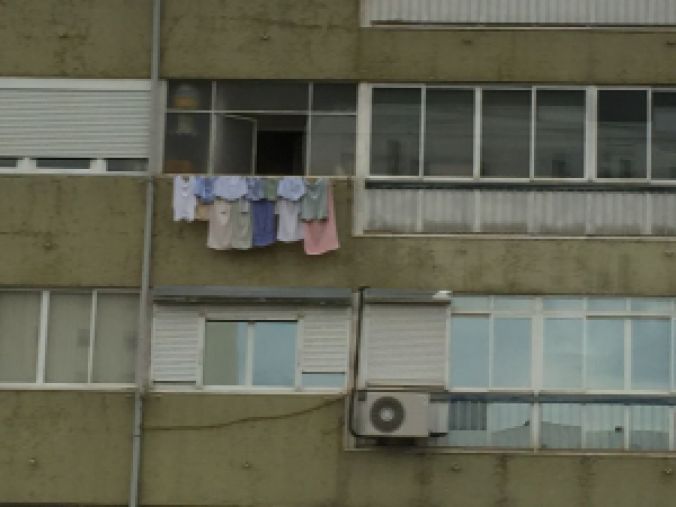 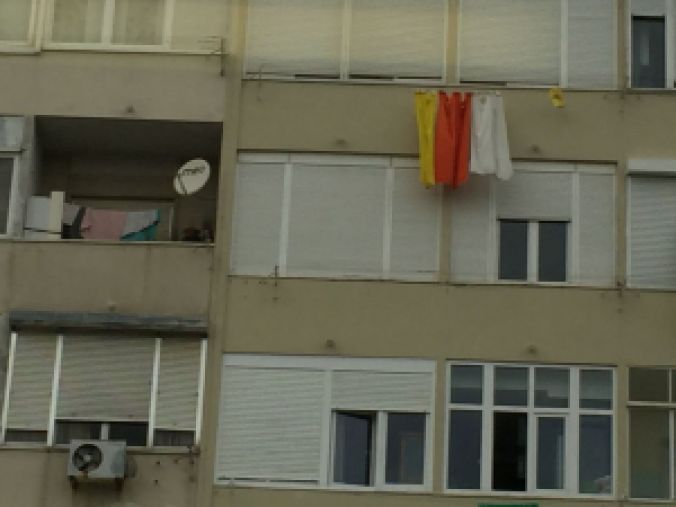 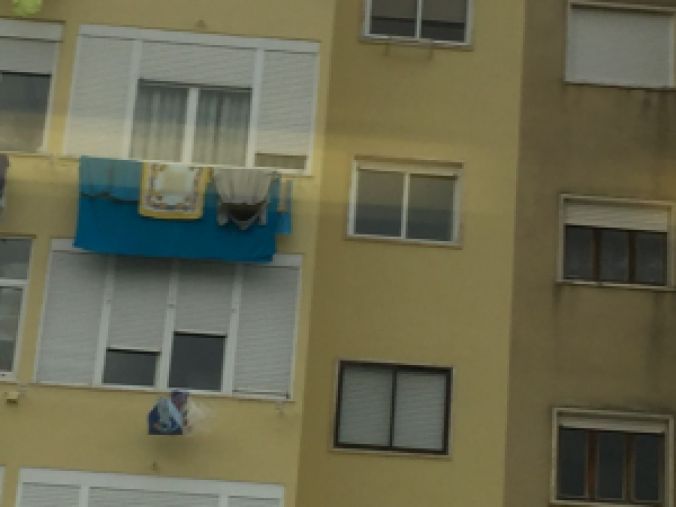 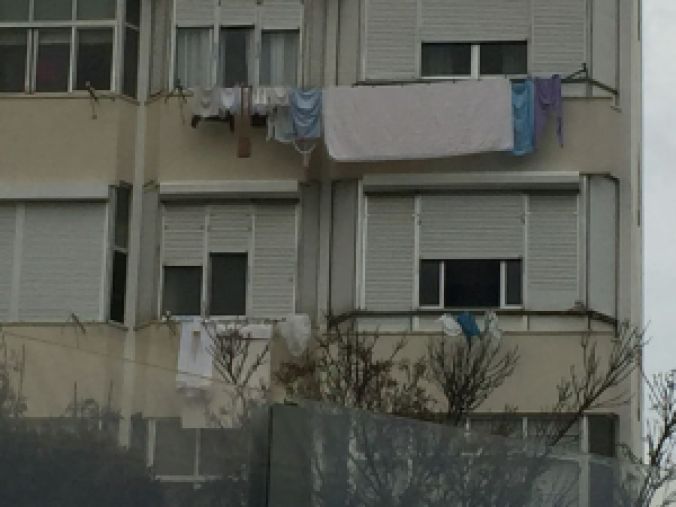 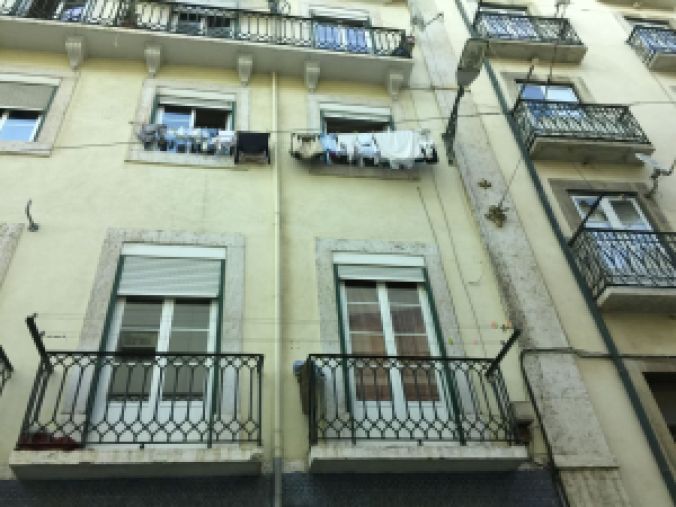 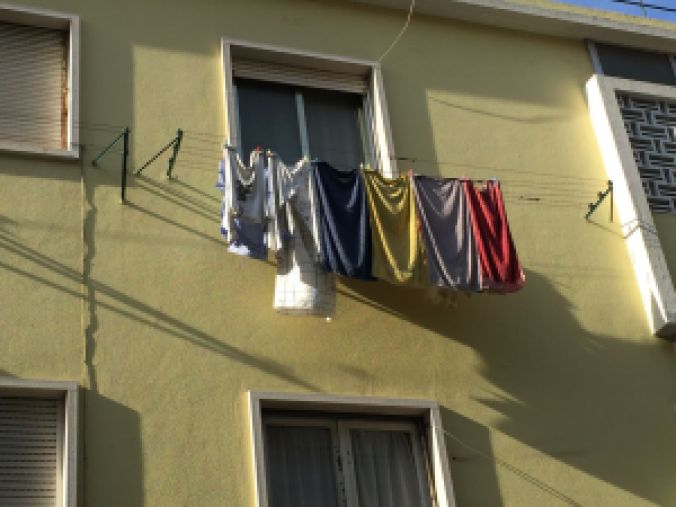 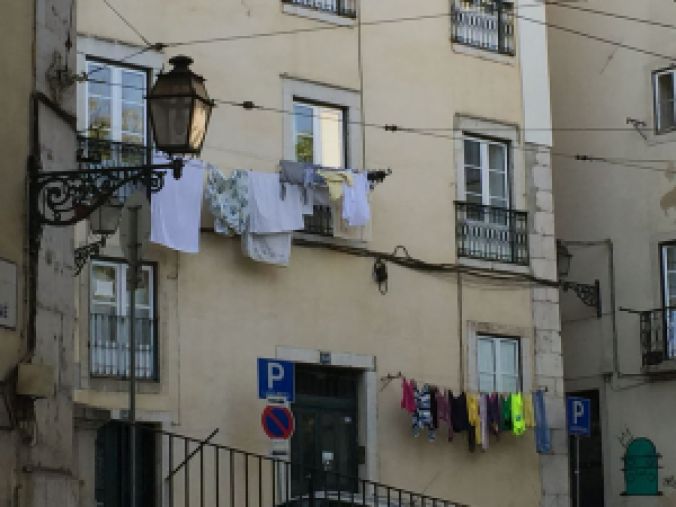 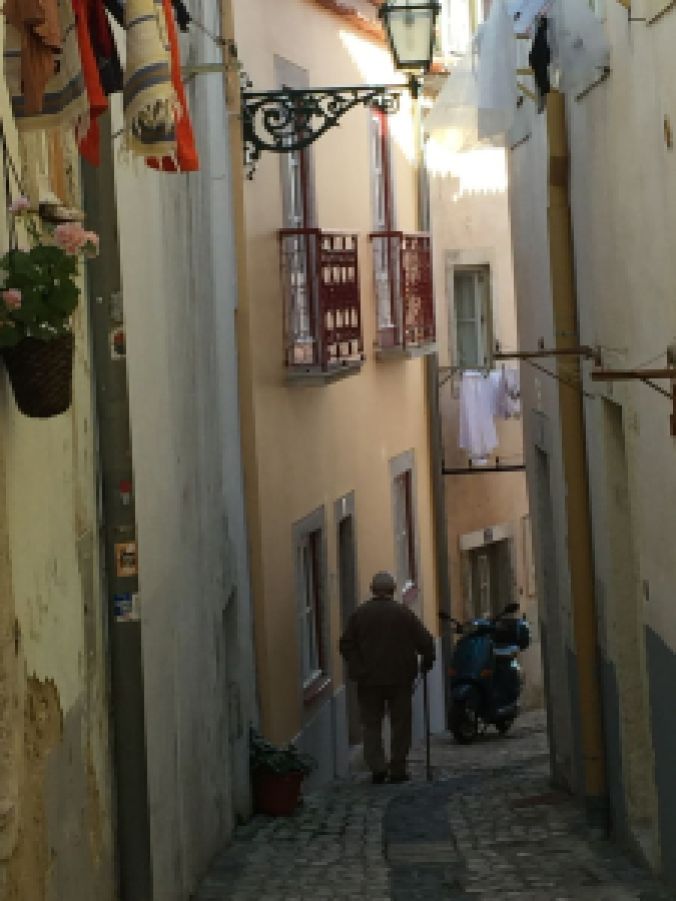 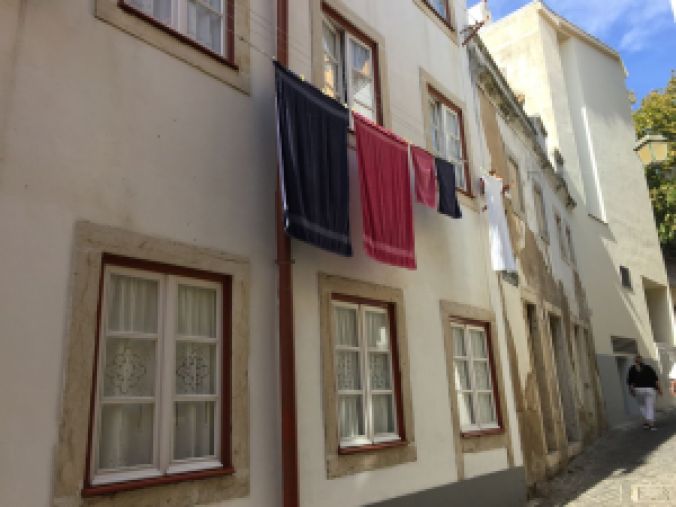 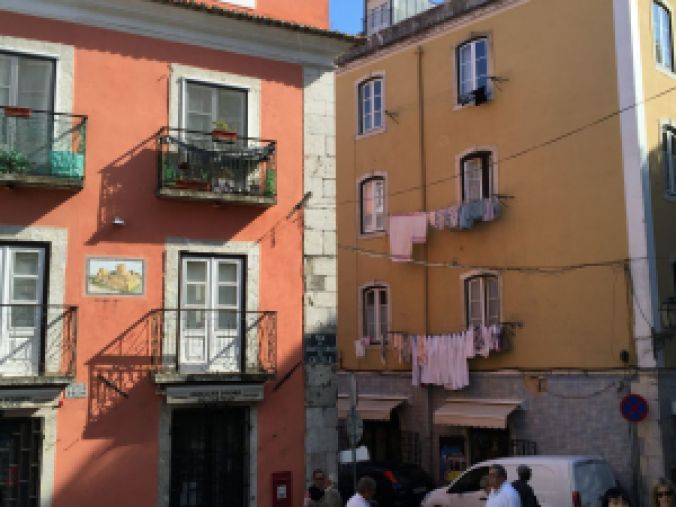 Art, Everything Else, Travel: Boots on the Ground