Usually, I do not get so personal on my blog site, although one could argue that a blog post is always personal, so kindly bear with me.  This past weekend my son and daughter-in-law decided that the time had come to focus on potty training their two –year-old daughter.

After all, if she was ready to drive, she was surely capable of handling a potty. 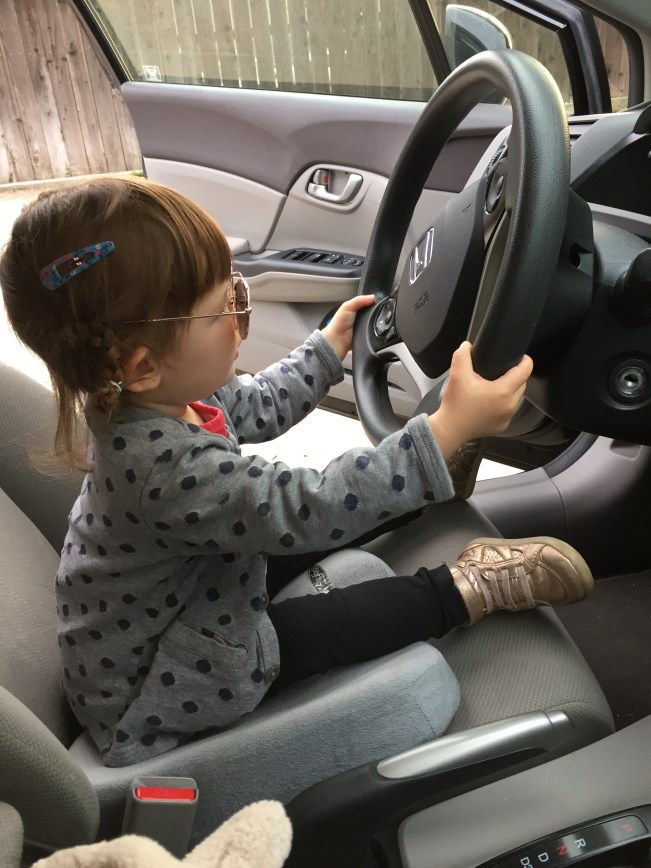 It would be a concentrated three-day process during which the family would remain at home and in the house for the most part. I was given the assignment of creating artwork with my precious granddaughter between movements.

At the beginning of her transition  from the familiar diaper to the potty-chair and underwear, a momentous process for any two year old, Fed Ex delivered a large box to the front door. My son informed me that the box contained the squatty potty that he had ordered a few days earlier, not a potty for his daughter, but one for the adults in the family.

The weekend turned into a double whammy. Not only would we go through the traditional training with the two-year old, we adults would also be examining our own process and looking at a way to improve on it.

Having traveled to Egypt, lived in Asia, with over a year in India alone, I was very familiar with traditional forms of the squatty potty. We know that our ancestors squatted for thousands of years before the modern toilet was invented. In much of the east squatting over a ground level receptacle still prevails.

Opening the big box revealed a raised bench for the feet that looked like anything but a potty. I doubted the ability of the stepping stool contraption that stood before me to further my bodies ability to eliminate.

Still, I was open to trying it out.  The attached directions instructed me to place the bench-squatty potty in front of the ceramic toilet bowl, sit on the bowl seat,  and bring my feet up on to the bench. The bench was nine inches tall, but I am told a seven inch is also available thereby allowing adjustments for toilet height. After my first go-round I became not only a fan, but as this post attests, an advocate of the squatty potty.

Check out the video for more info. If you remain unconvinced, google your way around the web and research the benefits of squatting. As you will observe, many experts claim that squatting is the one exercise that should never be eliminated. No pun intended.

Along with my granddaughter, I, too, made an adjustment. And, we had a wonderful weekend in which the family gathered to make art, 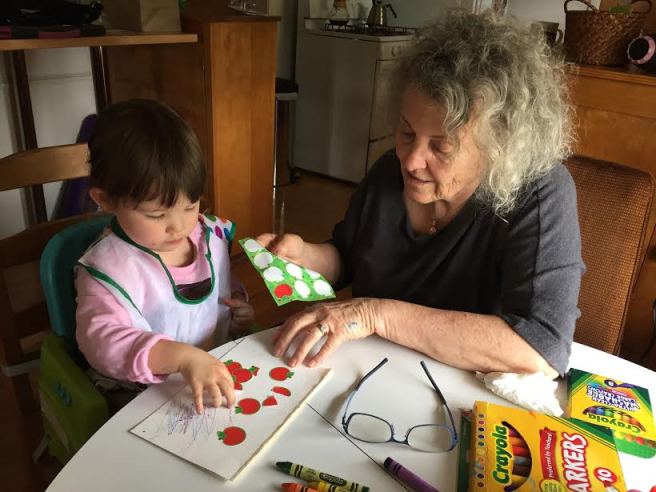 cook food and learn of a new-old way to experience the human condition.

Antiquity, Art, Everything Else, Ritual, Travel: Boots on the Ground