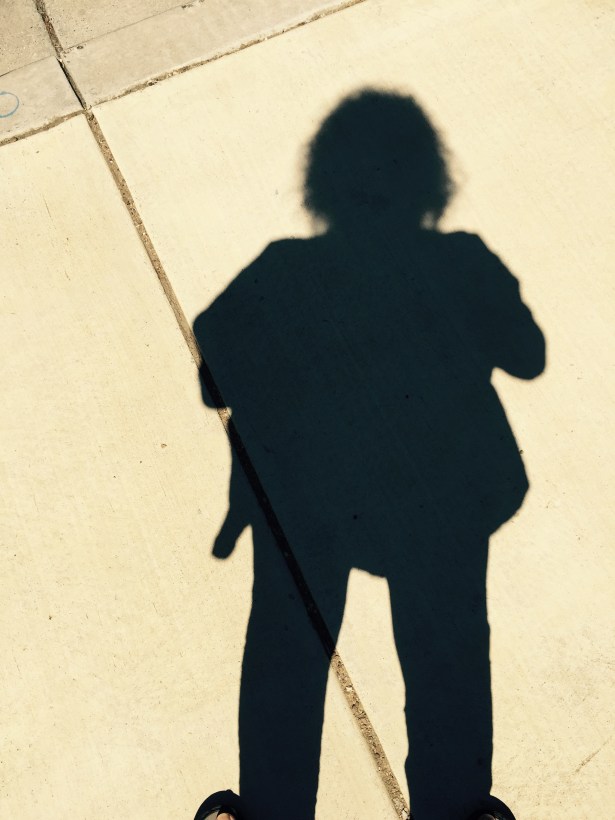 In my case, I have more than one, but the place where I have mainly hung my hat for the past several decades is Davis, Ca., a small town wedged between Sacramento and the famous city of Dixon, lying just west of Interstate 5. With a population of approximately 65,000, and home to a renowned university, it is the biking capital of the US.  As I was reminded a few days ago when I sat listening to Tom Pinney of Pomona College interviewing Hugh Johnson on the UC Davis campus,  there are untold and often free benefits to living in a sophisticated college town with a bevy of highly educated academics. 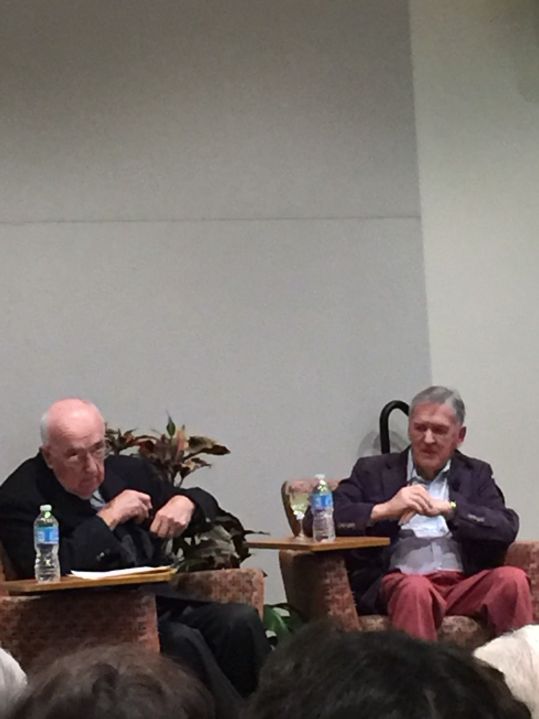 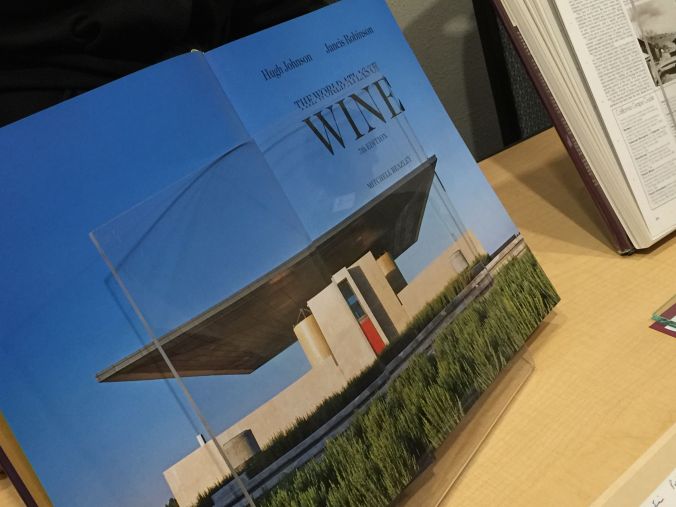 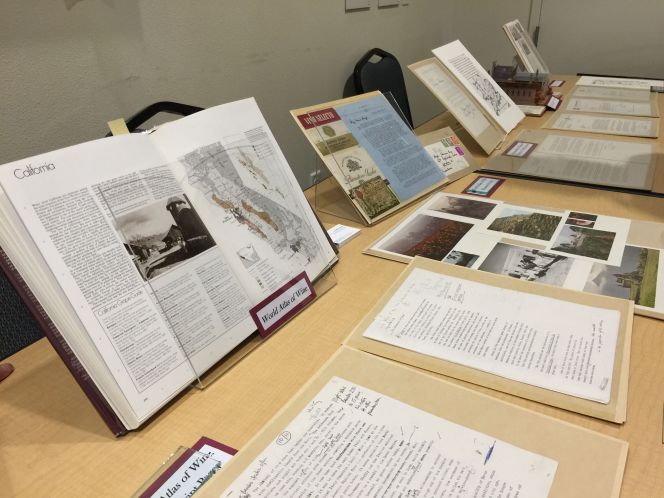 With his knowledge and fame it makes perfect sense that he would make his contribution to the home of the best wine library as well as one of the best viticulture and enology programs in the world. Having read his books, my partner and I could hardly wait to hear his talk in honor of the donation.

Johnson with all his knowledge and fame spoke with a humble friendliness that I found refreshing. One thing he is known for is refusing to number wines or rate them  by some relative number. In his conversational style he told us that, early on in his work while reading some detailed tasting notes, he wondered about the funny numbers down the side of page. When he was told that they were a rating system, he wondered if the same writers scored friends, etc. In drinking wine, he hadn’t an idea if it was an 85 or an 87. He told us that his love of a wine has nothing to do with numerical order. He loves it for what it is and is especially delighted when it reminds him of a place or a tradition as wine can do. With a subject as subtle and deep that reaches into every part of western culture, Johnson says, “there is no appropriate numerical score”.

Although he made the decision early on that one cannot score wines numerically, he does have his own non-scientific scoring system. If he cannot go further than one sip, the wine gets a bottom score. A second sip means the wine has possibility. If another sip confirms the same idea, he goes further in. A glass means he’s thirsty, looking around and there isn’t anything better. A second glass is serious and a second bottle, very serious. At one point as a wine buyer for British Airways and professional wine taster his scoring system included giving a taste a thumbs up or down, or a sideways. 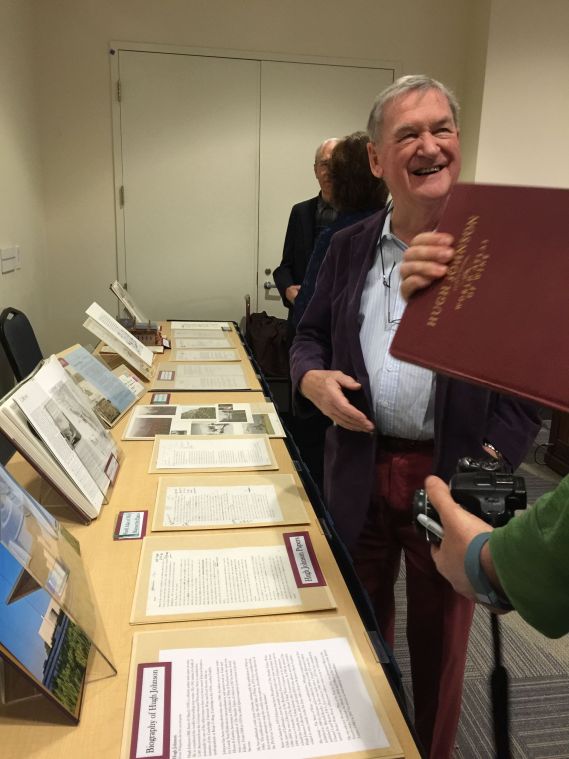 Johnson emphasized that when drinking wine, context is very important: the temperature of the room, the company, and so on. For me, he took wine out of the scientific tasting realm (not that they don’t have a place) and anchored it in the daily locus of the human condition.

Johnson covered many topics and issues in his two hour session with the following catching my attention:

Wine today is speaking in new idioms, livelier and more persuasive. In many ways one can’t rely on old formulas. To get people excited about a wine, even if scoring high, one must move in new directions. Regional grape varieties and terroir are exciting with Italy having the greatest varieties. In a historical footnote, he touched on the role of the Cistercian monks. They actually made a luxury good that wasn’t made earlier. If one wanted to give an important gift to a wealthy person, what would be unique? A red burgundy. It gave pleasure to the giftee and maybe was part of the reason the pope moved the papacy to Avignon (only kidding?).

He explained how recently, Greece has come into fashion and that finally we are learning to say and spell the names of the varietals. There are flavors out there that were not even out there in old classical times. Only in France was fine wine on the agenda over the centuries.

Johnson wrapped up his session with an informal signing and of course, a glass of wine. 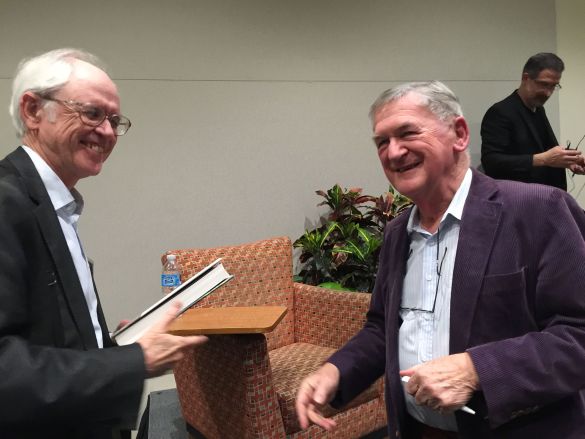 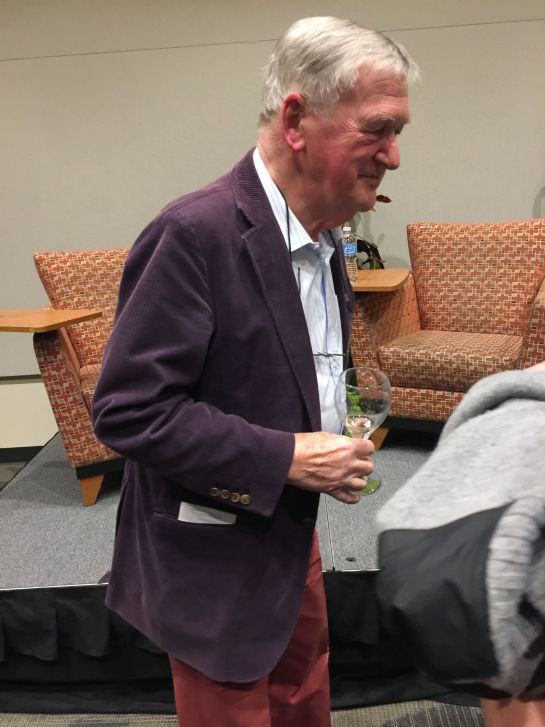 If Johnson is new to your radar, I suggest that you take a look at his numerous books where you will find an amazing depth of information, coupled with a simple approach to the pleasure of a glass of wine. 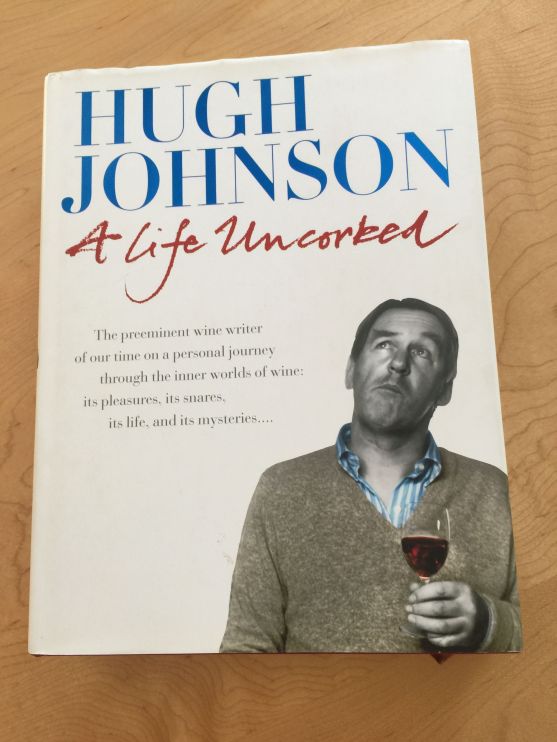