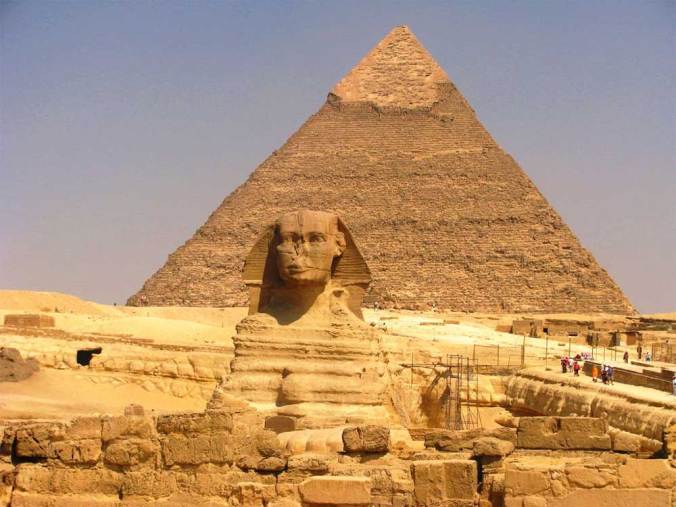 Senator Bob Bennett’s deathbed apology to Muslims for Donald Trump brought up the memory of a trip I made in 2003. That memory will be forever emblazoned in my mind.

A week after Christmas 2002, I received a call from Lisa Rafel, a friend, and well-known sound healer. Lisa told me that she was organizing a group of sound healers with the help of Fadel Gad to make a trip to Egypt. (If you are unfamiliar with sound healing, think of it as ultra-sound performed with the voice and/or crystal and metal bowls, percussion instruments, drums and rattles). They would create sound meditations in some of the most powerful energy centers in Egypt in hopes of alleviating tensions in the Middle East, especially Iraq. They would be leaving in two weeks. Did I want to join them?

I knew immediately that I was destined to go, and, without a moment’s hesitation, I committed myself to the trip. Fadel, an archaeologist from Cairo who had spent ten years excavating the major sacred sites, helped work out the itinerary. At the time, Fadel had moved to Los Angeles where he established and still runs Joy International Travel. Fadel set up the trip at no charge, but as one of us, whose ultimate goal was to complete a pilgrimage doing sound prayers for peace.

A month before the troops hit the ground in Iraq, I flew to Cairo. Although it was one of the most amazing journeys I have ever undertaken, my purpose here is not to go into a lengthy description of that trip. Perhaps I will write about it in a future post, but for now, I want to give a short account of an apology that I shall never forget.

There were eight of us who undertook the pilgrimage. A day after we arrived in Cairo we decided to visit the Egyptian Museum of Antiquities on Tahir Square, the same square you may have seen on television during more recent protests and uprisings. On completion of a tour around the museum, I decided to go out in front and wait for the others. As I walked out into the warm, pleasant afternoon, I noted a row of cement benches on each side of the entrance. I walked over to a bench and sat down. Lost in thought over what I had just seen and still hardly able to comprehend that I was really in Cairo, I welcomed a few quiet moments to myself. However, not for long.

A young man sitting next to me asked, “Are you an American?” His pronunciation was perfect. Inwardly, I gasped. My gut instinct told me this might not be a pleasant encounter. There were very few Americans in Egypt at that point, especially tourists. I was not sure what to say, but I knew I had, to be honest, and face whatever was coming my way. “Yes, I am an American,” I finally answered. The young man’s response proved my gut wrong for a change.

“I want to apologize to you for 9/11 and I want you to know that we are not all that way.” Another young man sitting next to him echoed his remarks. “Me, too,” he said, “I am so sorry.”

Antiquity, Everything Else, Ritual, Spirituality