In Japan, design with its ancient laws for functionality and quality has seeped so deeply into the collective psyche it manifests not only in the traditional arts of say, prints and ceramics, but in every human made artifact. One of my discoveries in traveling around the country three years ago was that the same rules apply to man-hole covers.

Public art at its best, embedded in streets trafficked by humans and cars alike, the round embossed iron canvases reminded me of series of prints or, in some cases single, stand alone paintings.

Pursuing manhole covers turned into a passion. Each time I arrived in a new city, I sought them out, photographed and posted the photos. I had found a fine example of that Balinese adage, “Art and life are one.”

The passion did not end in Japan. In trips to other parts of Asia and Europe I continued to look downward, searching for unusual covers and patterns. In Sardegna my search for the most part, failed to yield mentionable results. The Sards do not share the same decorative proclivity for manhole covers as do the Japanese. With nothing of interest embedded in the streets other than irregular cobblestones my eyes turned elsewhere. Not looking for anything in particular,  I drifted along visually noting this and that, until they caught my attention.

As we drove in, the small city of Cabras greeted us with its single story houses laid out in the original pattern along the edge of a deep blue, fresh water lagoon. In the old days fisherman used to fish here in pointed boats built from marsh grasses dried in the sun—a technique initiated by the Phoenicians. Our intention to stay two nights afforded enough time to visit a special cantina and take a cooking class with the well known culinary teacher Fabrizia Fiori.

Following our first night we rose in time to make the unusually early nine o’clock appointment at the cantina. After croissants and yogurt with a few minutes to spare, we took time to look around slowly edging our way toward the cantina on the edge of the neighborhood. An unusually bright sun created the illusion of dancing diamonds on the waters of the lagoon. The streets empty, a stranger in a foreign land, I felt comfortably at home in the morning quiet. 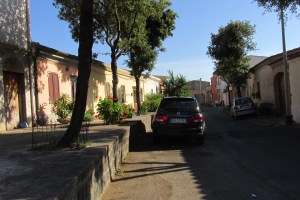 Several single story recently renovated homes maintained the style and character of old Cabras. An adobe wall, covered in a subtle play of colorful forms and texture, with the focus of attention–articulated shapes of missing plaster, and complemented by rectangular turquoise, wood strip doors–took me by surprise. An abstract painting done with tedious attention to detail, I was especially drawn to the door. 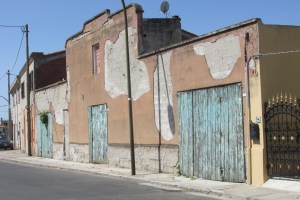 As I reflected on what the front door in its size, structure, color, design revealed about the house and its inhabitants I took up my camera once again. 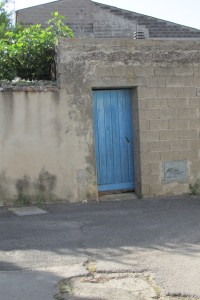 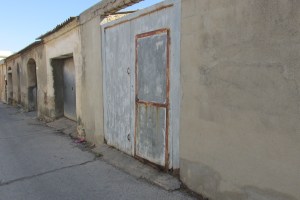 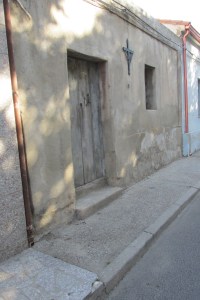 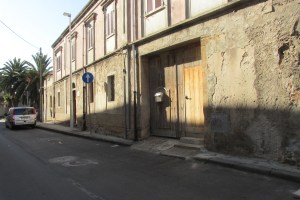 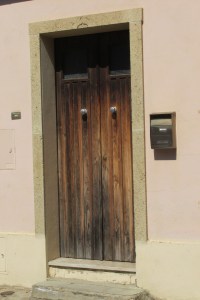 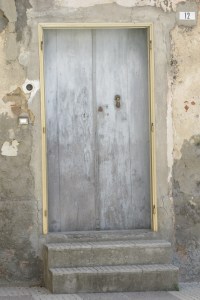 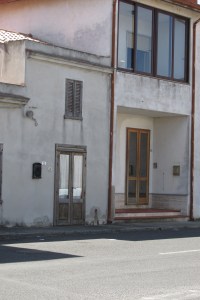 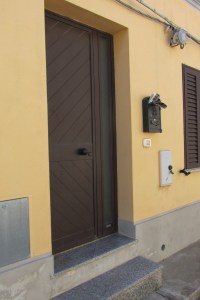 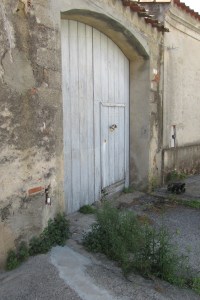 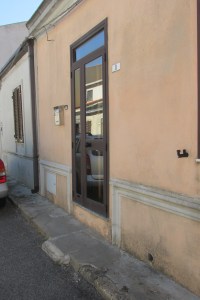 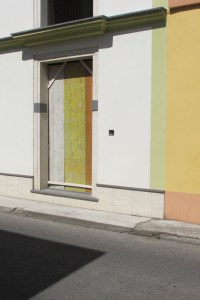 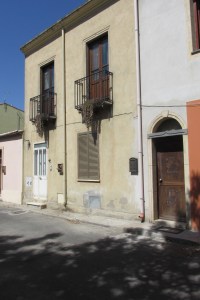 Not since the famous doors of San Miguel de Allende, Mexico observed over a decade ago had I seen doors with such appeal.

After visiting Cabras and the Leda D’Ittiri Wine Resort, we headed to Orosei where we found our hotel located in an ordinary neighborhood. A recently established new Italian hotel system, places the lobby and breakfast room together in one location, the sleeping rooms–two to six blocks away—generally, smack, dab in the middle of a neighborhood.

Seems that some Italians have a penchant for bringing tourists into the local life. Local life with all it sounds: ten year olds engaged in soccer, black garbed grandmothers holding court on the stoops, heated arguments over the latest victory at The World Cup, high flying delivery trucks among others. From the river of neighborhood sounds vibratory telegrams punched up the walls that lined the narrow slit of street beneath our room, made their way across our small terrace and rained  tingling vibrations throughout our second story room.  Connections to the neighbors is what I have at home, but on returning to a room following a full day of touring to confront a river of local sounds is not my idea of a good time. Next time precautions to avoid such will be taken ahead.

The front door to the building that housed the hotel rooms with our balcony just above. 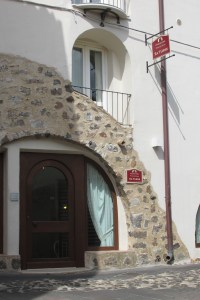 On a walk  to a restaurant for dinner we angled through another host of recently renovated homes. The facades as in Cabras retained the charm of old Orosei.  To my chagrin, I happened upon the following: 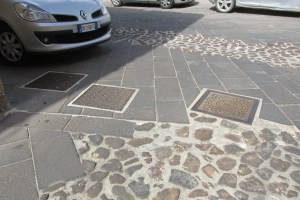 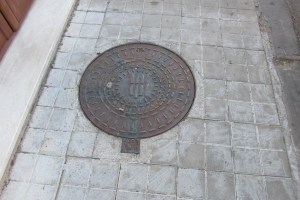