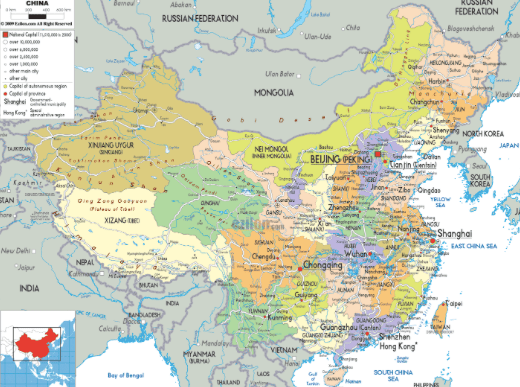 As I began to make my initial preparations to go to China, three things were clear: I would avoid the pollution of Bejiing, I would go to see the terra cotta warriors in Xian and the trip would begin in central China in Wuhan. Otherwise, with my limited knowledge of China, I felt like I was dropping into a yellow sea of the unknown. A friend suggested that I get a guide, but first I had to determine where I wanted to go.

It had been my dream to do an adventure along the Silk Road route so I began my plan by researching Urumqi and other cities along the route. I wrote to a leading guide. When he did not answer and other leads failed to manifest, I decided to turn my attention elsewhere.

Xian and Hangzhou became major destination points. I checked out guides and found Lily’s Tours in Xian. When Lily responded to my inquiry within twenty-four hours we began what is likely to be a lifetime correspondence. A hundred (no exaggeration) emails later we had assembled a well-organized trip. I will never forget Lily’s email the day after everything was in place. She wrote, “Penelope, I did not get a letter from you today and already I miss you.” When she told me that she could not be us on the street guide, I was disappointed, but I understood. She had to take care of her one-year old daughter. Before I left for China I went to my favorite toddler’s shop and bought her a dress. I had considered myself a well-seasoned nomad, but with China such an unknown, I was grateful for Lily.

While a plan was in place, my objectives were deeper than visiting tourist sites, even if they were UNESCO named. My thoughts about China as mentioned in the last post ran a mishmash some of which were negative. I queried myself about how those thoughts came to dominate my thinking. Was it the media in all of its forms? The mythic Asian Tiger Woman whom I am not sure I have ever met – at least in this lifetime. The invasion of Tibet? Probable causes, but then I weighed them against my wonderful experiences.

Steve Siu, the amazing pianist at the Montage Resort in Dana Point, California whom I have come to consider as my adopted Chinese son. The Chinese students I had taught in my days as an elementary teacher – they were generally a cut above the other students in academics and especially classroom behavior. Steve’s mother Emily who does amazing body work on me when she comes to visit from New Zealand…the list goes on.

I wanted to know the shapes and colors of China and while they may appear to be similar to my own culture, I knew that a different view lurked beneath the surface. Wanting to go there, I hoped any unfounded negative impressions would resolve and dissolve. As I began the journey, things seem to be going that way. I felt I had made a genuine on-line friend in Lily who would be ready to help me in whatever circumstances were to come.

My trip began in Los Angeles. Doing a fourteen-hour flight to Shanghai with a plane mainly filled with Chinese provided a jumpstart to increasing my knowledge of Chinese culture. Having the karma to sit next to a professor from the University of Minnesota returning home to Shanghai, then on to Beijing for research purposes helped as well.  His research in Japanese, Chinese, and American relations since WWII led to a lively discussion about the benefits the Chinese will get from dealing with the American novice currently at the head of the realm.

The flight was so long, but I managed enough in-seat exercises to keep me alert and enough meditation to almost sustain a calm mind. As usual American Airlines food was abominable. Landing in Shanghai, I collected my baggage and found my way via shuttle to a domestic terminal to get a local connection to Wuhan. When I finally sat down at the China Eastern Airline gate, having gone through trying to communicate with staff people (I knew not a word of Chinese), getting the right shuttle, finding the airline ticketing desk, then the gate, as a stranger among foreigners in a foreign land, I felt such a sense of empowerment. If I had any humility, I would have thanked the goddess of travel and let it go at that.

The connection on China Eastern Airlines was almost on time. I was headed to Wuhan, a city of ten million people in Hubei province because my partner had preceded me a couple weeks earlier in order to teach part of a course on the fundamentals of materials science at the University of Technology.

Upon landing in Wuhan two hours later, my partner accompanied by an administrative assistant from the University and the driver of a brand new Prius, met me. As we drove through the darkness to The Future Hotel, the air felt heavy and thick, slightly odorous. I was reminded of the air as I had experienced in Delhi a few years back and that of Mexico City as well. The hotel, just around the corner from the “Times Square” of Wuhan, appeared a bit tired around the edges. I was struck by the worn velvet coated chairs and gaudy gold trimmings that greeted me in the lobby. The staff, friendly and courteous, were the highlight of the evening. However, after a twenty-six hour trip my only real concern was a good night’s sleep.

Everything Else, Travel: Boots on the Ground