At the conclusion of our soul-full meeting with Francis, we walked the few steps from our chairs towards the large doors of St. Peter’s Basilica. 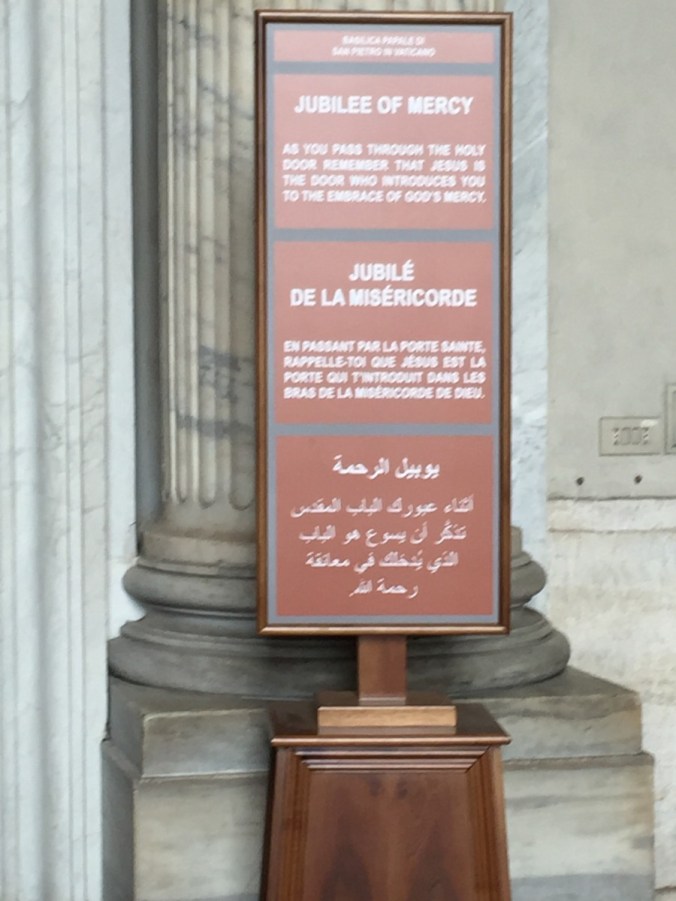 Once inside the pilgrim-full cathedral, we chose to circle around the outer margins with special stops at Pope John XXIII’s memorial. I lit a candle in honor of the gifts of the day. 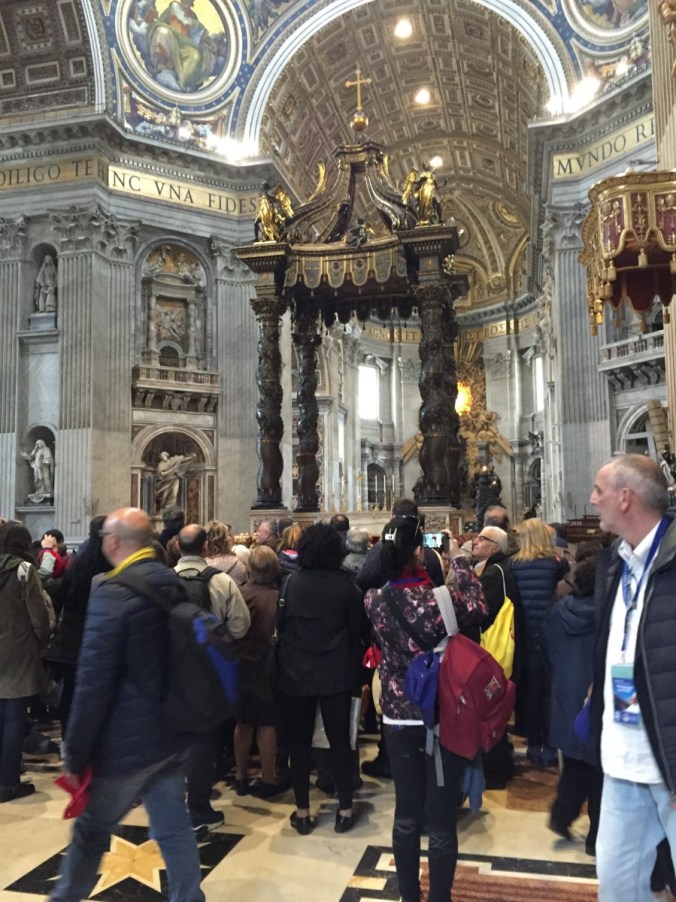 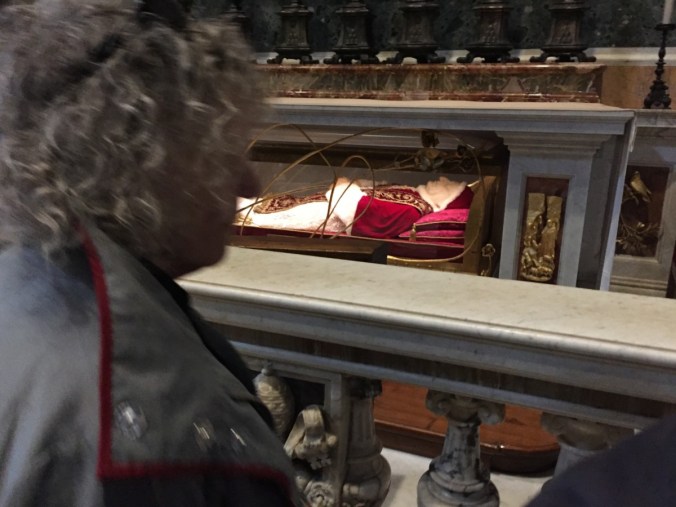 By the time we completed our circumambulation and headed for the door, it was approaching one o’clock. Having been on the Vatican grounds since seven in the morning sans food, hunger pleaded.

As we exited the church and descended the broad stairs in pursuit of lunch, a mild overcast turned day greeted us. Making our way through the crowds peppering Vatican Square, we slowly inched toward the bistros on the surrounding streets. All told, we must have walked a mile when we happened on a sleek modern coffee house, just the kind of place I had been anticipating when we did the crawl two days earlier. We placed our order and sat down for a much-needed respite. With little to say, I sat quietly while thoughts of the morning’s events toyed with my mind. It all seemed like a dream.

Had I really shaken the hand of Francis? I had long been an admirer of Francis of Assisi. Visiting Assisi a few years back had been a personal milestone. With the poverello’s love of animals and the environment, it is no surprise that Francis with similar concerns as shown in his lifestyle and writings, chose Francis the perfect name to bring attention to the current planetary issues that we face.

And so it went for the rest of the day, slow walking combined with contemplation.

In the evening we headed out for a tiny eatery we discovered on our second night in Rome. That same night still reeling from our flights from LA and Wuhan, too tired for a long walk, we wanted to dine near the Donna Camilla, our hotel.

The name Pianostrada aptly describes the quiet, narrow, cobble-stoned street location of the eatery just around the corner from the hotel. We almost slipped by the understated entrance, when the words “kitchen-lab” caught my attention. I nosed in the door for a quick check and , impressed by what I saw, suggested to my partner that we come back for dinner on a future date. Continuing on, suddenly, when second thoughts simultaneously struck both of us, we retraced our steps, squeezed in and wriggled our way on to the two remaining stools at the eating bar. 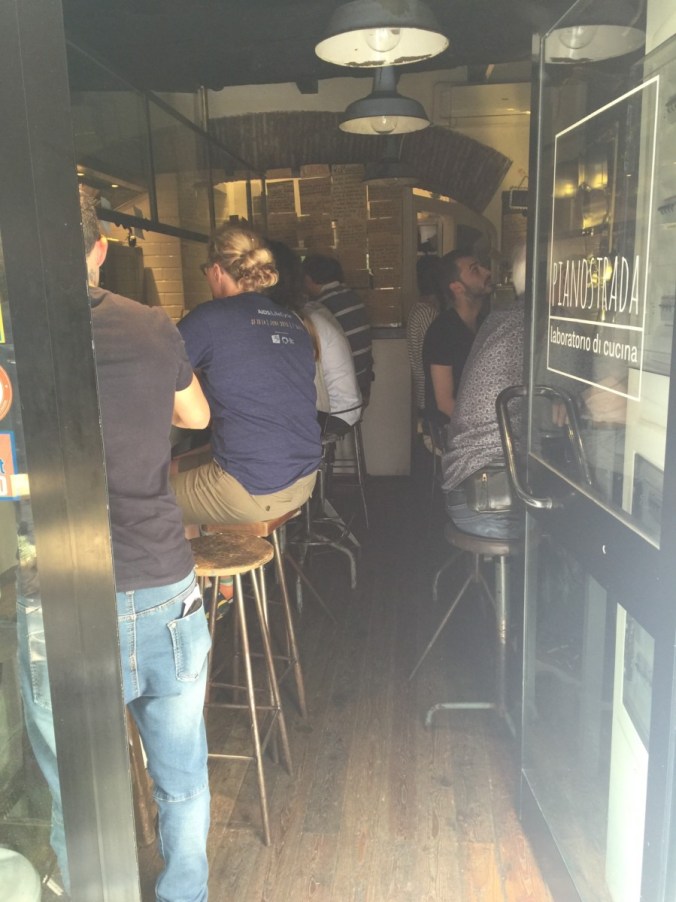 The popular street food of Rome is generally offered in small kitchen labs. 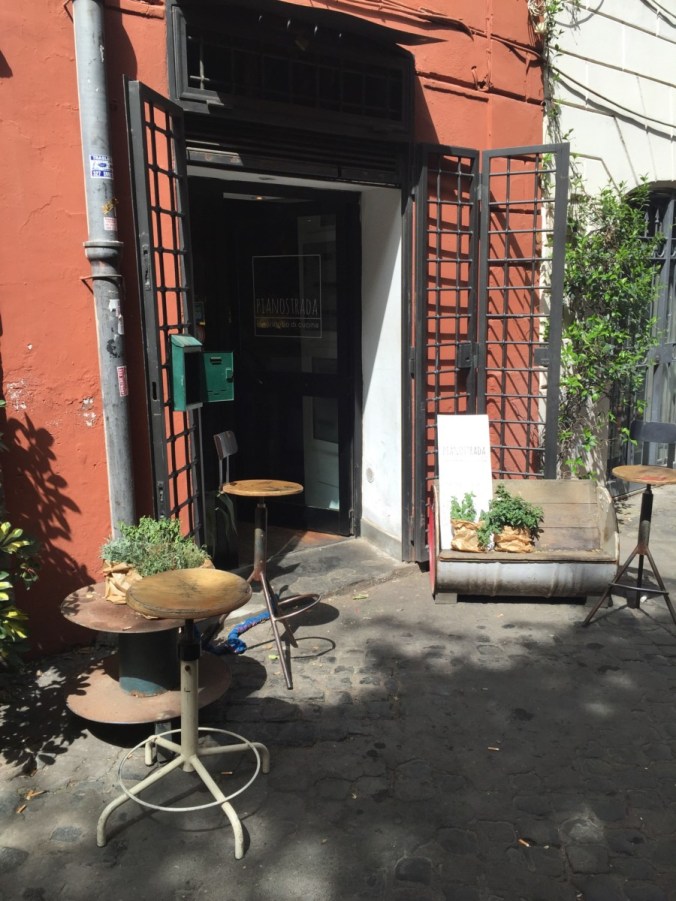 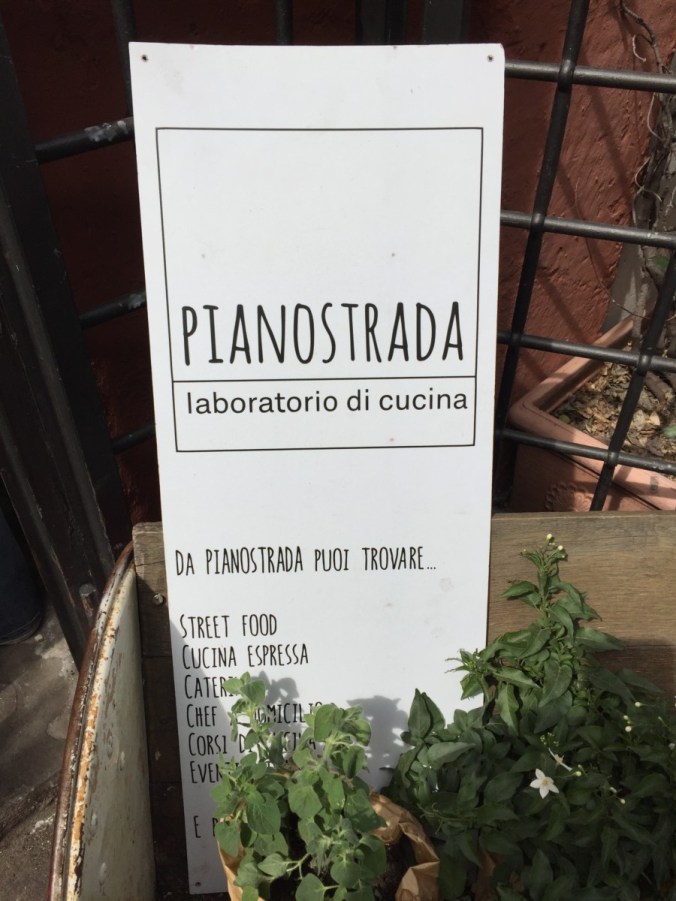 Our meal turned out to be the reason that I would forever be sorry that I do not live in Rome. If so, I would eat at Pianostrada at least once a week. 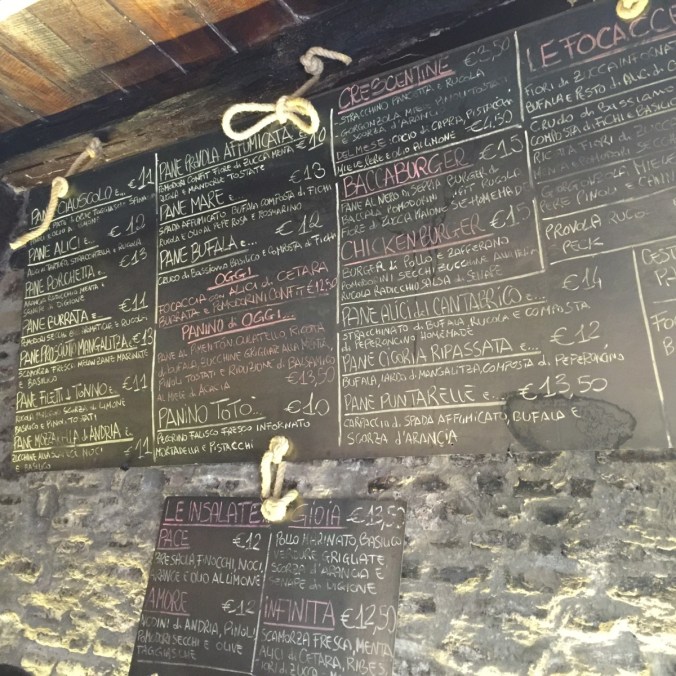 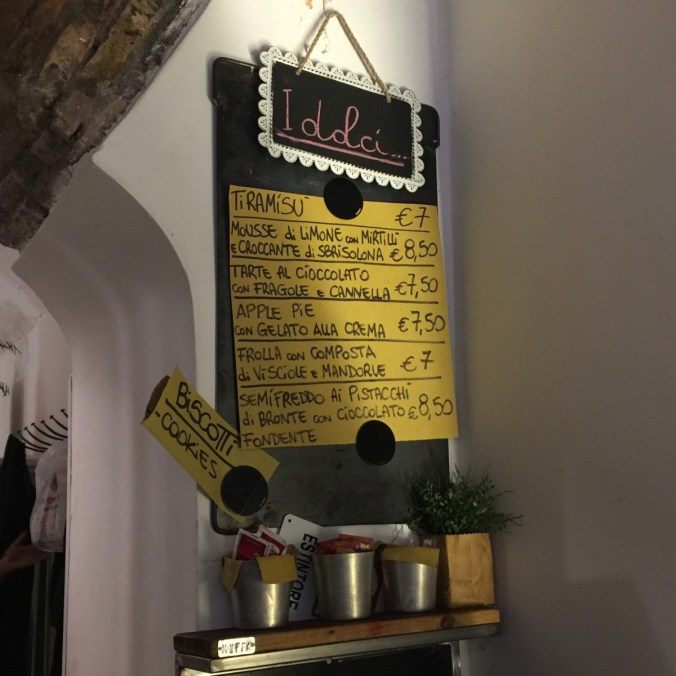 With thoughts of Paula’s salmon balls playing with my palate, 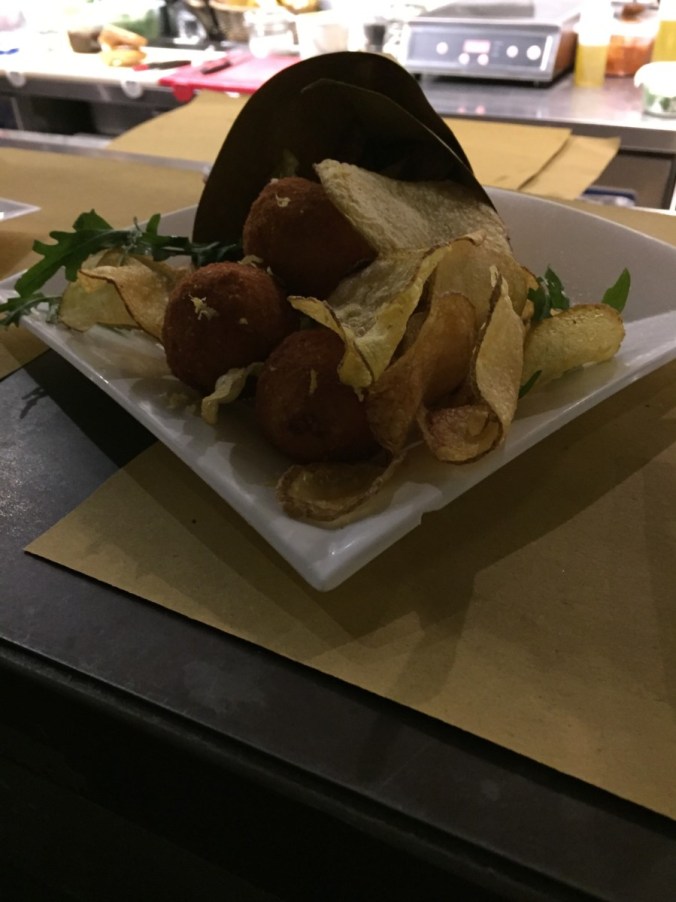 we returned for a second meal two days later. Paola, the owner-chef, and her two daughters remembering us from two nights earlier,  embraced us with big smiles and warm greetings. Only a few days in Rome and I felt like I had found family! 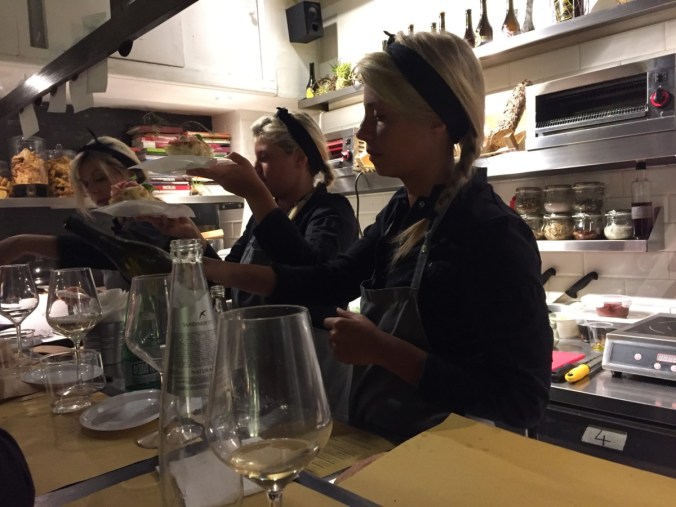 After our first meal, I asked Paola where she dined when she ate out. Not only did she make a suggestion, she called Marzapan and made a reservation for us. We could hardly wait to give Paola a full report on our dinner at the newly nominated one star Michelin.

The second meal began as all do at Pianostrada with a paper “horn of plenty” filled with fresh homemade potato chips. I crunched, the chips yielded, gave up a hint of salt and led me directly into the heaven realm. I would remain in it for the rest of the meal. 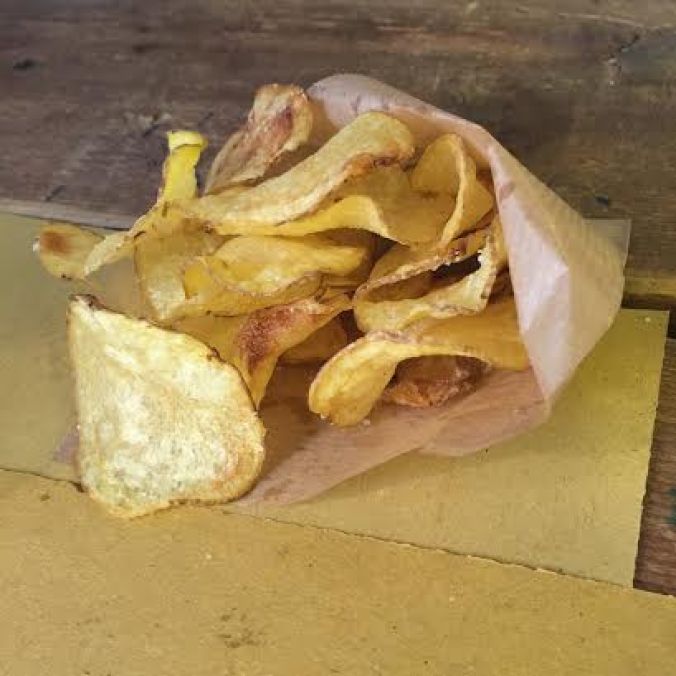 We followed the chips with zuchinni blossoms. 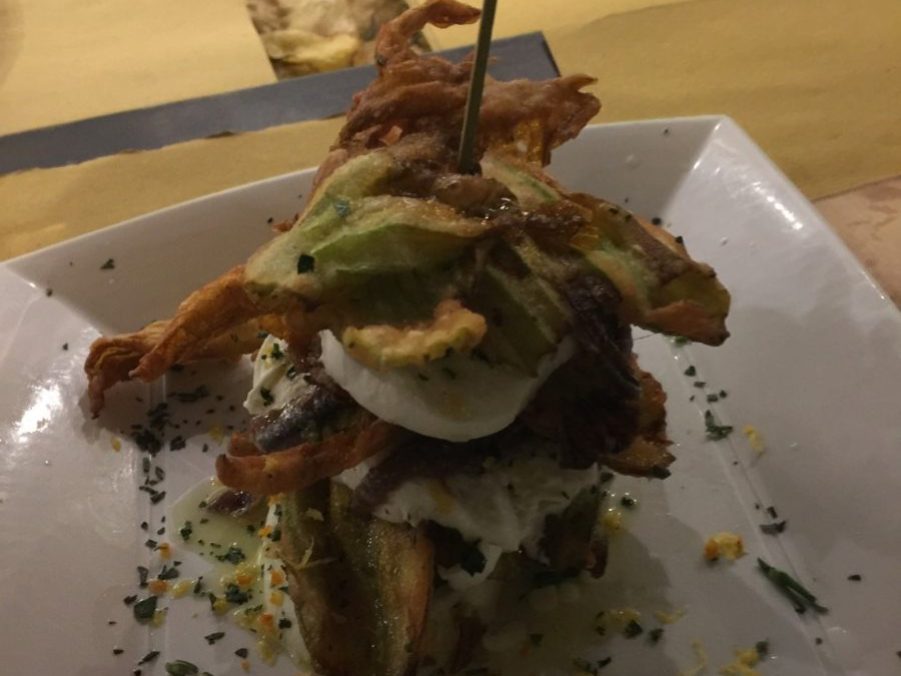 “Try my bread,” said Paola placing a plate in front of us. In many Italian restaurants, bread is like a course. An appetizer bread may or not be served, but if so, that is not the bread. A good establishment serves four-six kinds of bread in a basket, following starters and all so good not one can be passed by. Paola’s bread was incredible and just the right amount to give us a transcendent experience. 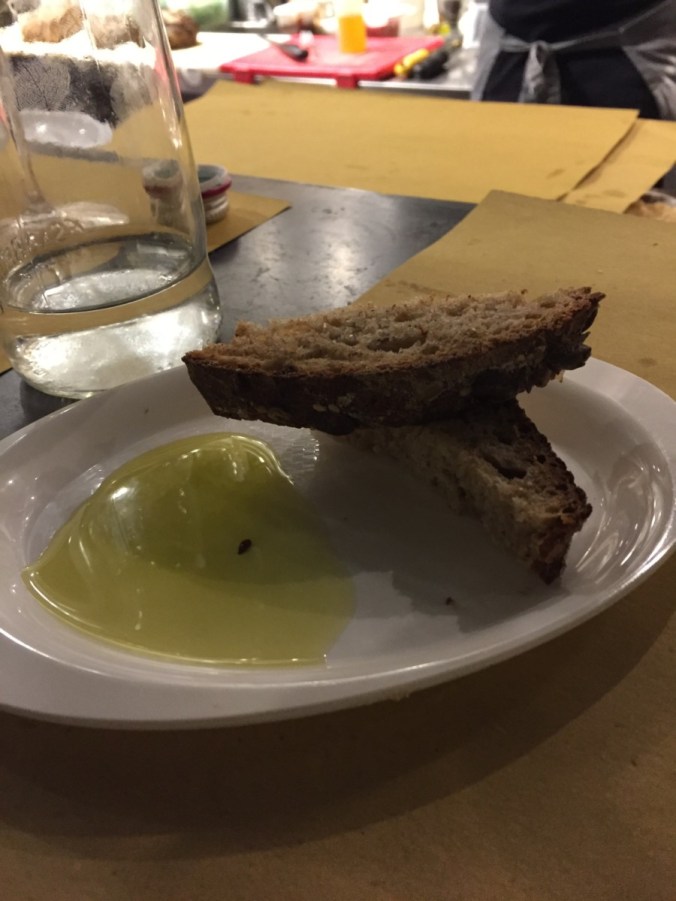 With a choice of entre-like vegetable dishes, I settled in as I had at my first meal two nights earlier with a heaping plate of slowly sautéed greens, accompanied with beans, dark olives, sweet, aromatic raisins, and pine nuts. My partner indulged in ravioli. 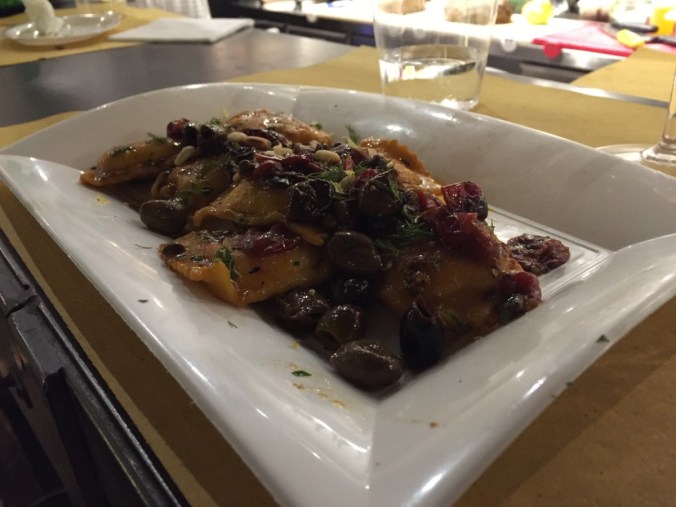 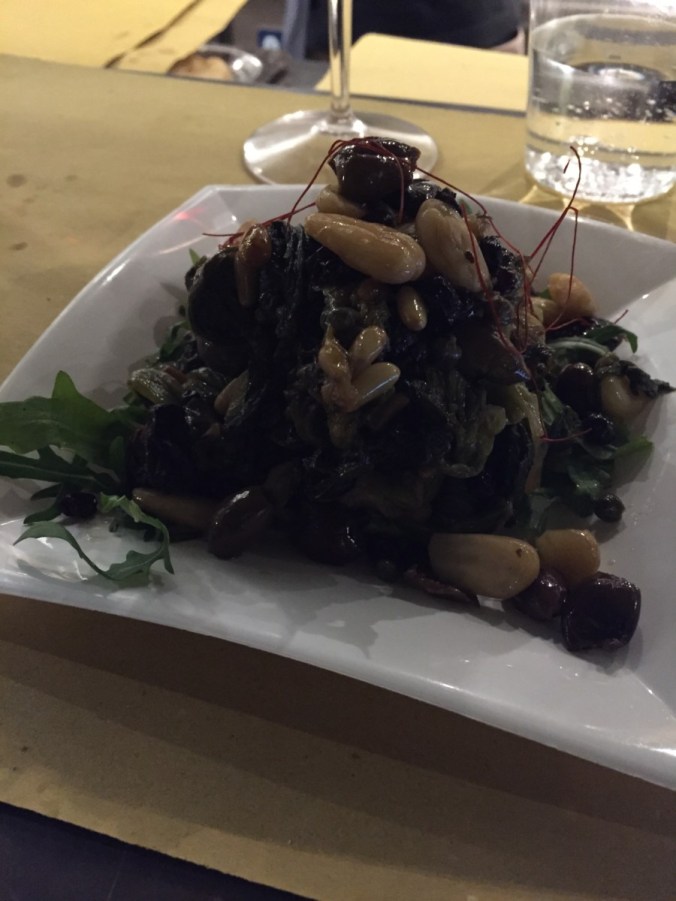 Before we left, Paola teased me with one of her cookies. 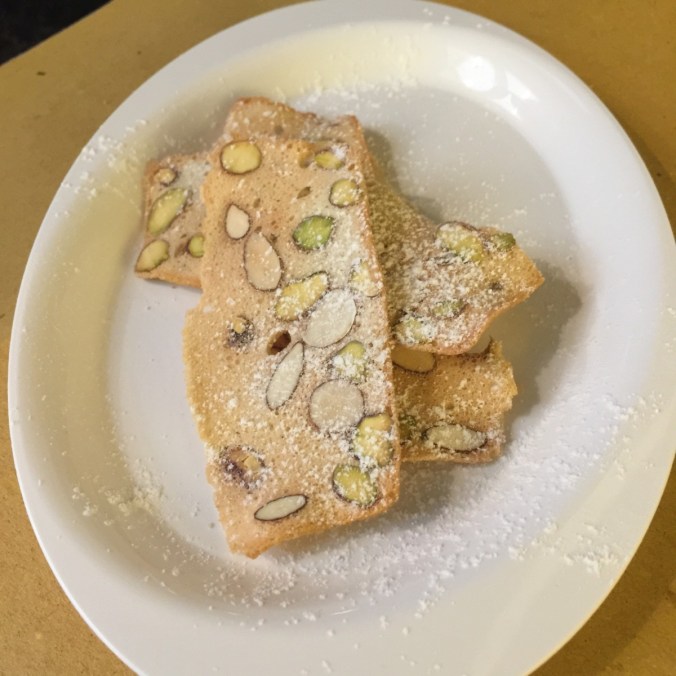 The following day, we returned for lunch and as our luck would have it, one small table awaited our arrival. 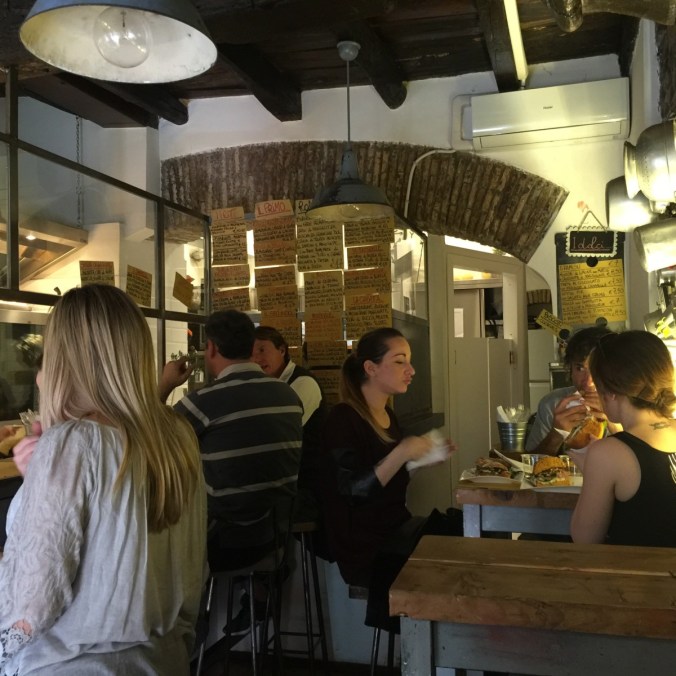 For lunch, we decided to share a bacca burger. The black colored bun is due to the squid ink that Paola inserts when making the bread. The enthusiasm of the Portuguese for baccala seems to be shared by the Romans. After cod had been fished out of Norway from where the Portuguese once obtained it, they turned to north Atlantic cod. I assumed the same must be true for Italy, but unfortunately, I failed to inquire. 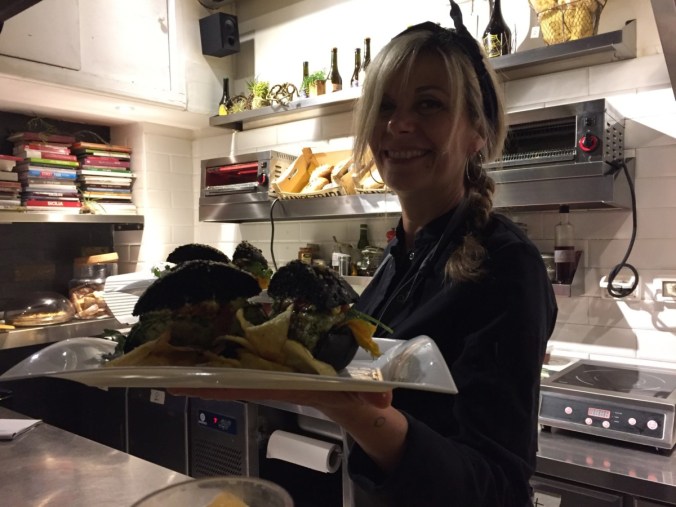 Although Pianostrada is small and always crowded, I so appreciate its relaxed vibe. With the patrons so friendly, I met travelers from as far away as Australia, as close as Holland and locals who could not praise Paola’s food enough. Truly, I will forever miss her cooking! 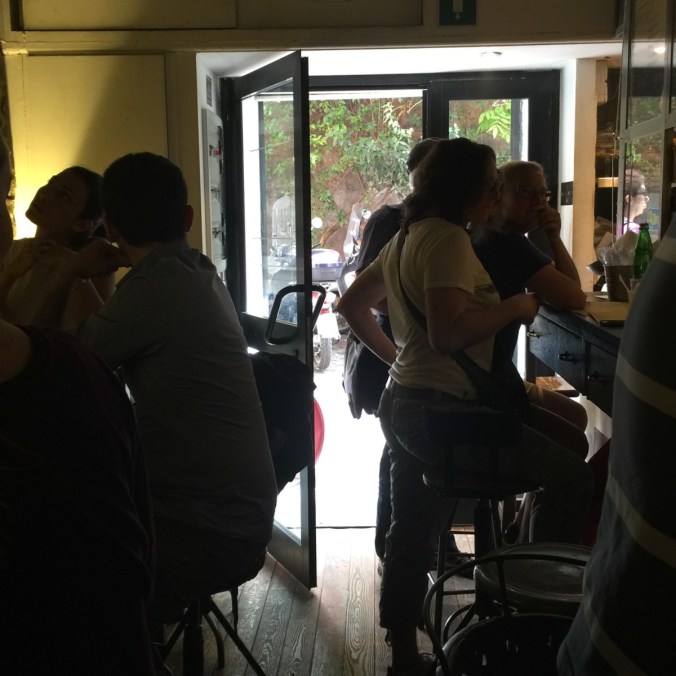 Everything Else, Food, Ritual