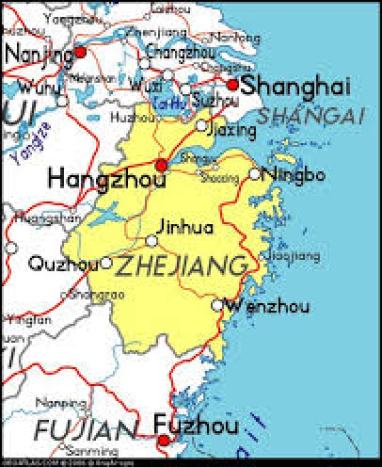 The problem with having an itinerary with reserved guides and hotels is just that. An itinerary has to be honored. Just when I had begun to feel at home in Xi’an and wanted to hang a bit longer, a plan to visit Hangzhou another ancient capitol, city of silk and hand fans, lay waiting. Sadly, I paid my goodbyes to Lily and our guide Liu Li. I felt like I was leaving close friends.

On the other hand, some of the young people I met in  Xi’an told me that their dream was to live in Hangzhou. Apart from the fact that it is a place of natural beauty Hangzhou is the home of Jack Ma the founder of e-commerce and Alibaba. It has become the high-tech center, Silicon Valley, of China.  Ali-pay is amazing! It has freed the Chinese from the need to carry money. As I had noted earlier, in Wuhan everyone from street food vendors including the elderly lady selling slices of fresh pineapple to grocery stores, use two dimensional bar codes to allow buyers to pay for all purchases with cell phones. The loquacious driver who picked us up at the airport near Hangzhou confirmed how the friends in Xi’an felt about Hangzhou.

“Did we know,” he enthusiastically asked, “that we were in the site of the 2016 G20 meeting?” I had not paid much attention at the time of the meeting, but when our driver related that Obama and China’s president Xi Jinping, had ratified the Paris Agreement my ears perked up. Themes of the summit included fighting tax evasion and protectionism. Combating populist attacks against globalization and giving support to refugees played as well. That familiar question: am I really in China, rose in my mind again.

Not far from the airport, the driver pointed out the usual farmlands that edge the cities of China. Farmers  among the best paid people in China have beautiful homes on their farmlands. 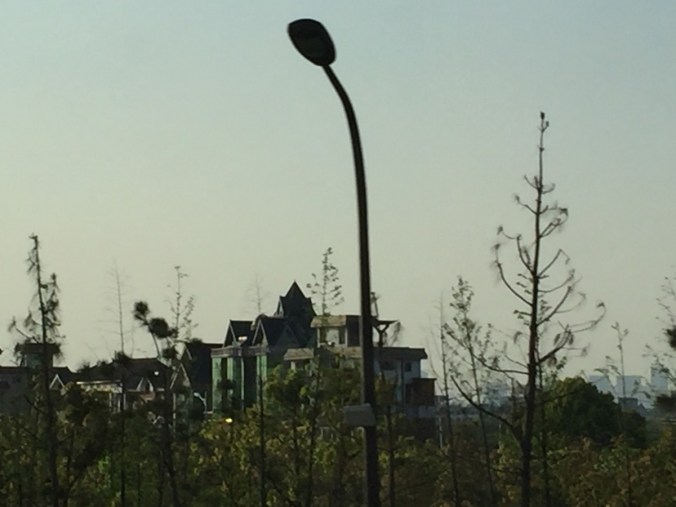 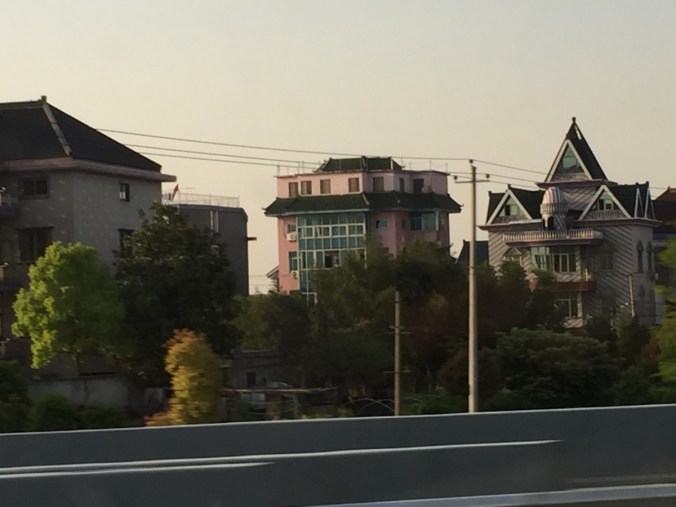 Soon after he pointed to  buildings near the Grand Canal that had been constructed for the summit. When he mentioned Grand Canal I wondered if I were in the Venice of China? Hardly, as he explained.  The Grand Canal the largest artificial canal in the world, runs from Bejing to Hangzhou. A World Heritage Site no less. He was especially proud of the design of the sports arena. 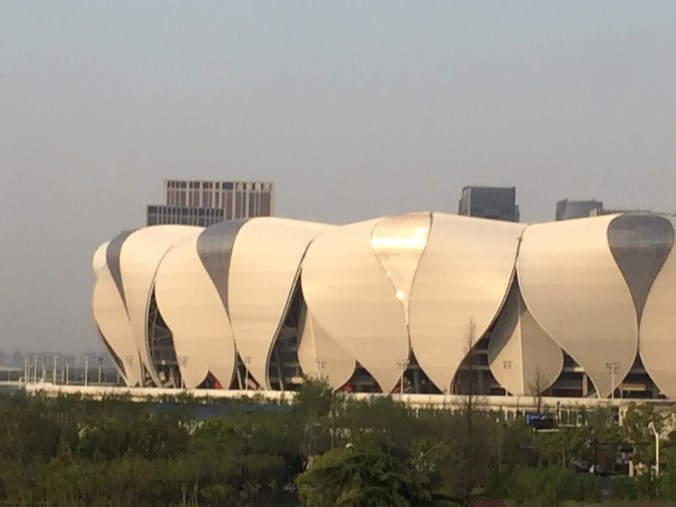 This was no ordinary driver. As we drove toward the Wyndham Hotel our home for the next five days, I listened to a spell-binding description of the sites visible from the car window. Our new guide Jing, greeted  us as we arrived at the hotel. When we praised  our driver she told us that he was the president of the tour company taking care of our needs in Hangzhou. “Must have been short on drivers, that day,” she quipped.

A gentle, bubbling personality, warm, friendly, and eager to share her city, sums up my experience of Jing. After a few moments in her presence I felt better about leaving the friends in Xi’an. Once we checked in, she guided us to the car and driver that would accompany us for the next four days.

With Wuhan at 10 million and Xi’an at 9 people, I had adjusted to population density. Hangzhou at 9 would be no different, but two blocks from the Wyndham lay the shore of the ocean-like West Lake. A source of inspiration to poets, painters, and garden designers, I found its spaciousness a welcome relief from the dense population and concrete structures of the city. Intermittently lined with tea houses, pagodas, restaurants, and artistically landscaped, sculpted paths. I could not help but be drawn to its magic. 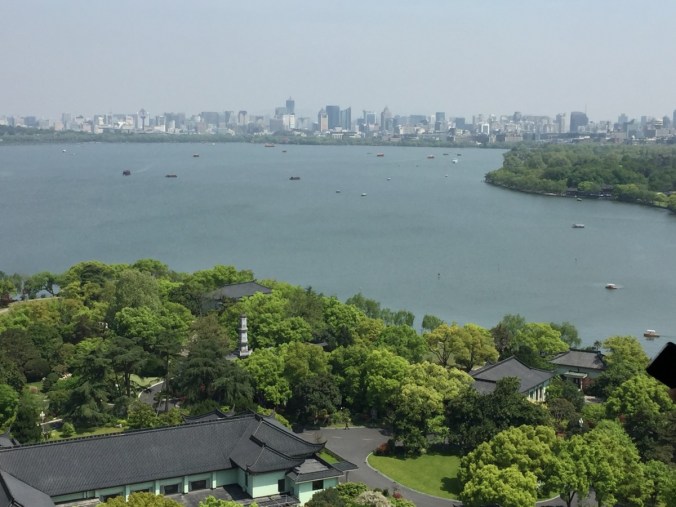 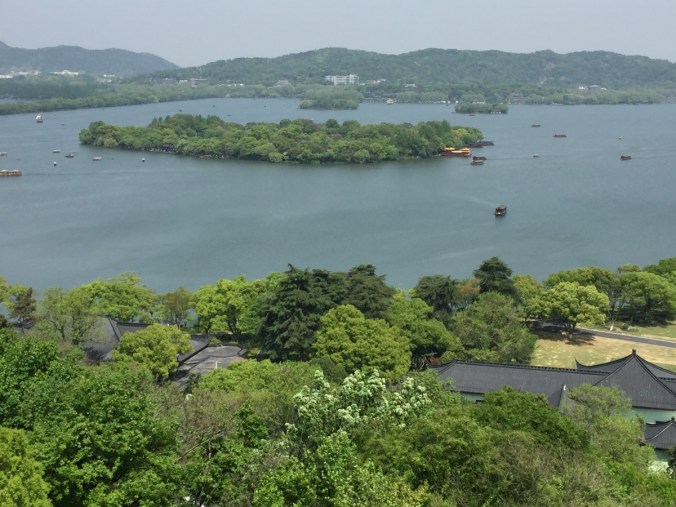 And so we began five days in Hangzhou. I had chosen to visit the Lingjin Temple, the Tea Museum situated in the beautiful Longjing Tea Village, the Leifeng Pagoda, the oldest, colorful bronze pagoda in China,  the Zhejiang Museum, China’s leading school of architecture and the XiXi National Wetlands.

We began with the Lingjin Temple. Translated as “the place of the soul’s retreat, it has become a major destination for Zen Buddhists. As I strolled its grounds, I was struck yet again by the depth of the spiritual and cultural roots of Chinese civilization.  Going as far back as 328, it was founded by an Indian Buddhist monk who had come into China via the Silk Road. The large grounds, halls, hillside carvings survived much of the destruction that happened during the Cultural Revolution. Having just come off the trek through the Longmen Caves, the Lingjin Temple following so close behind appeared as yet another important trailmarker along a personal “way” of the Buddhist sites of Asia. 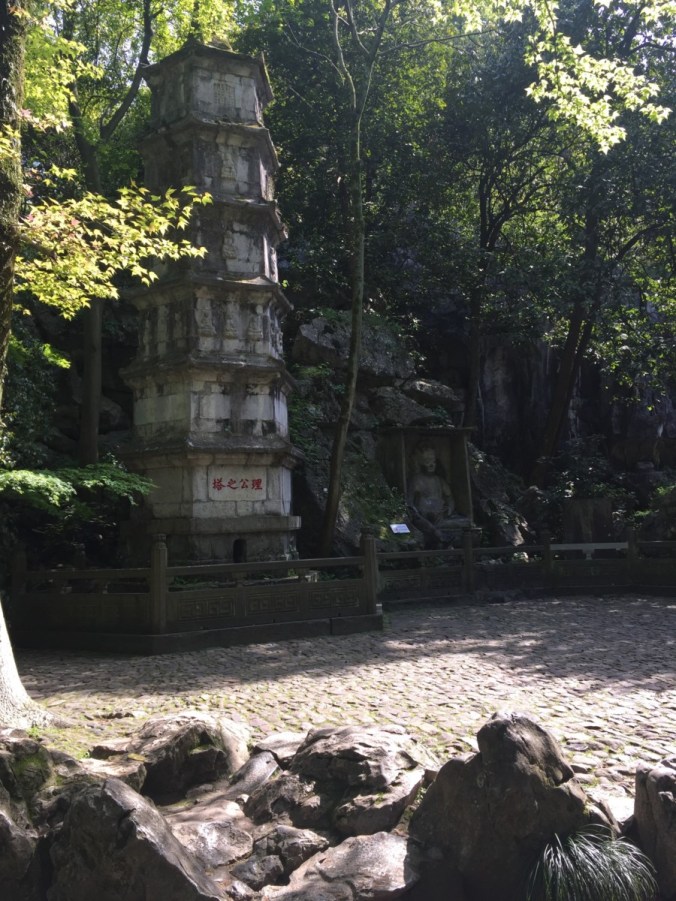 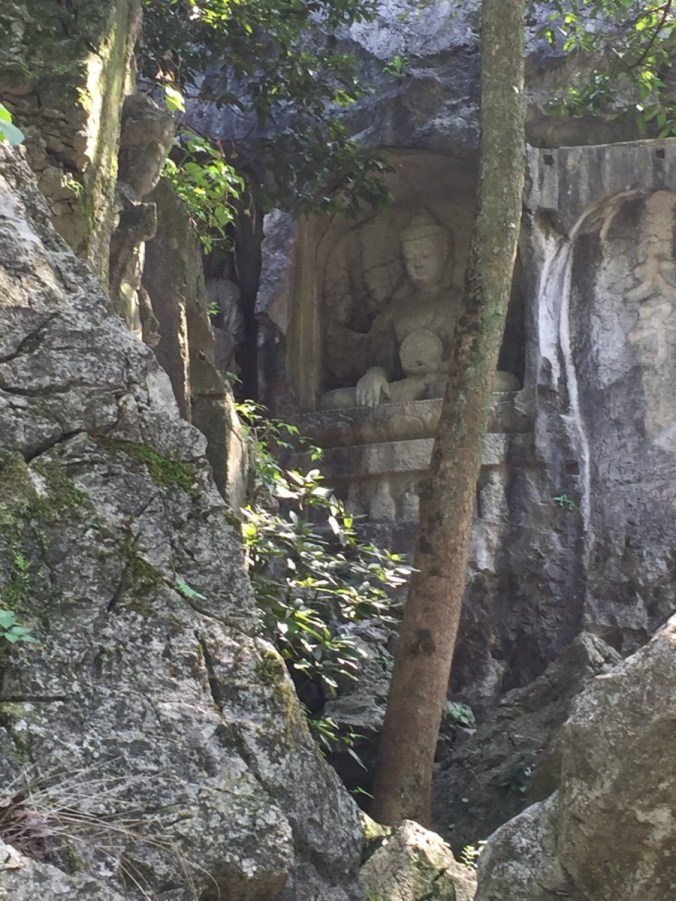 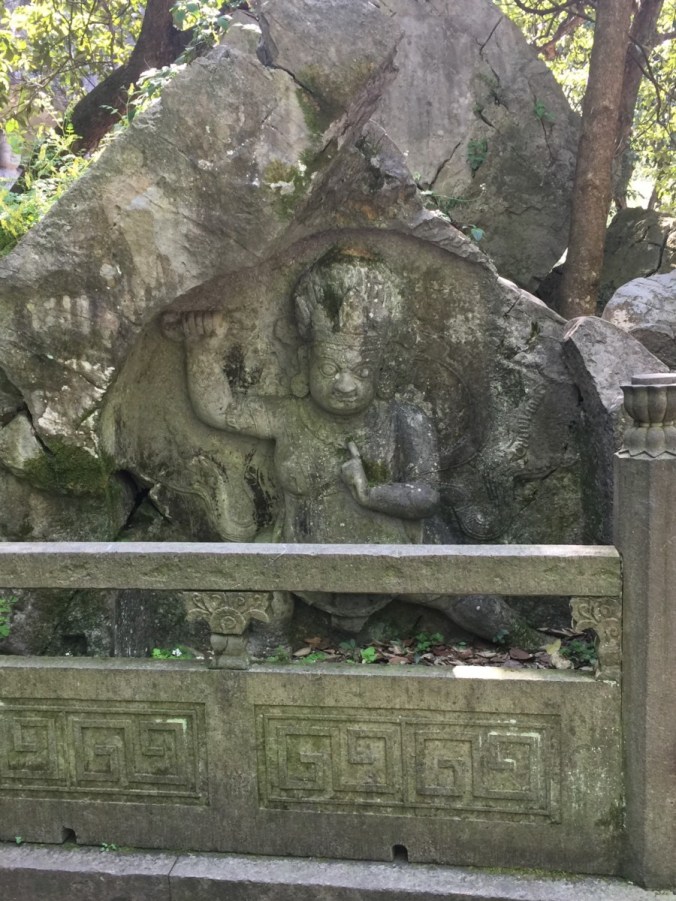 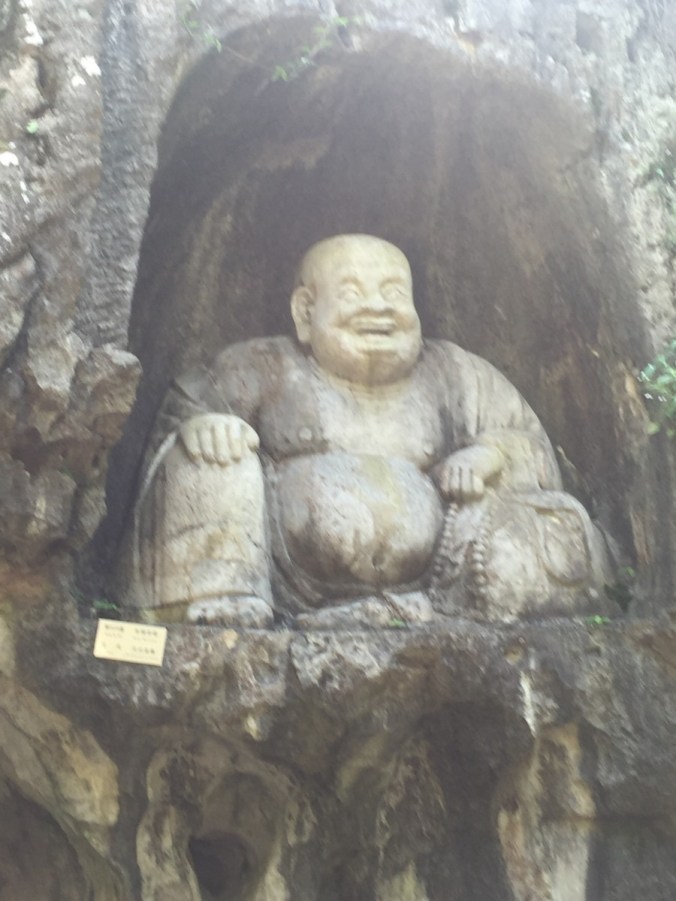 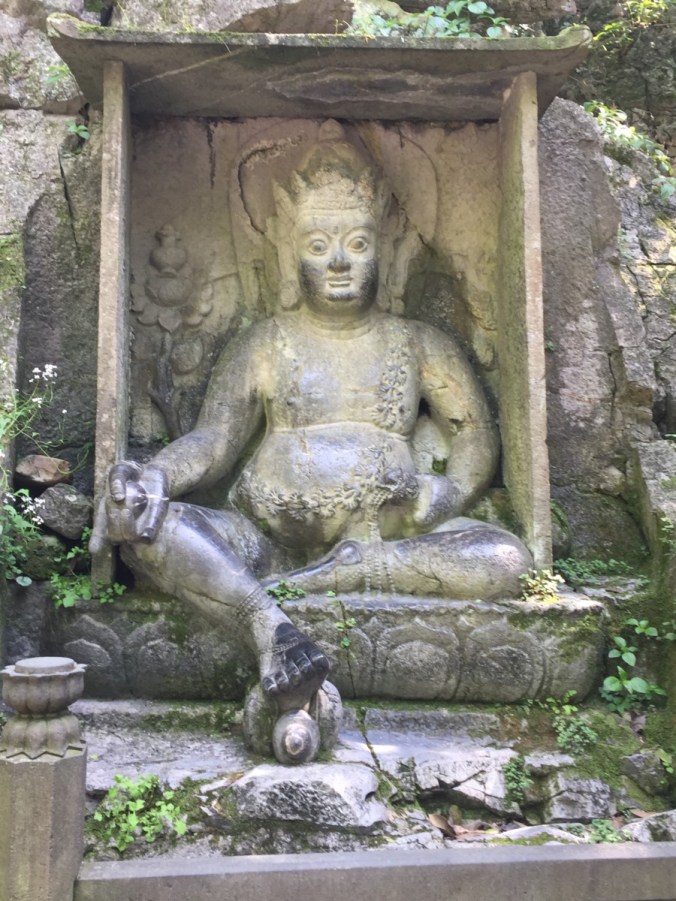 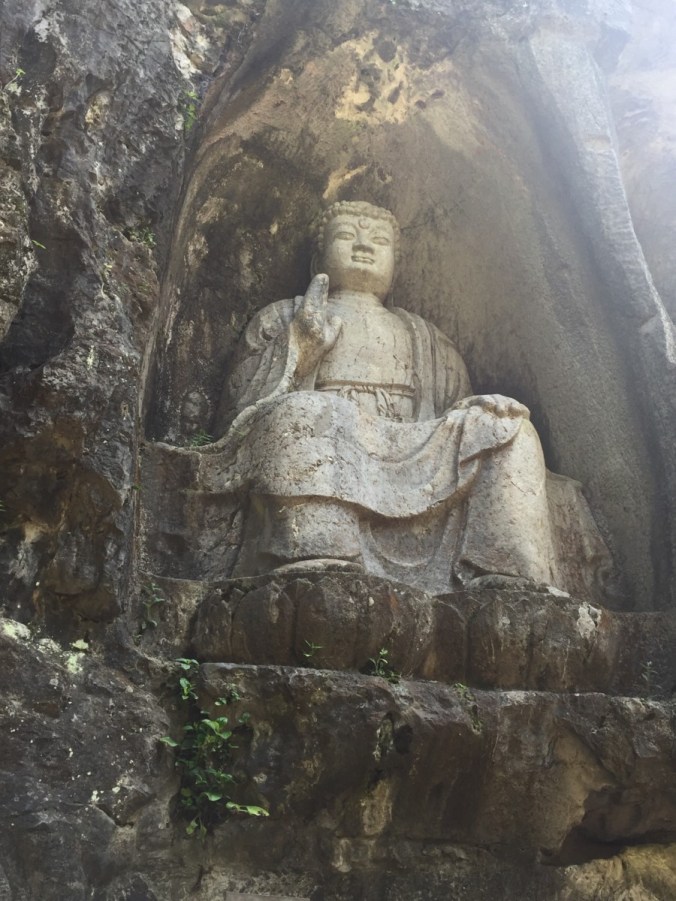 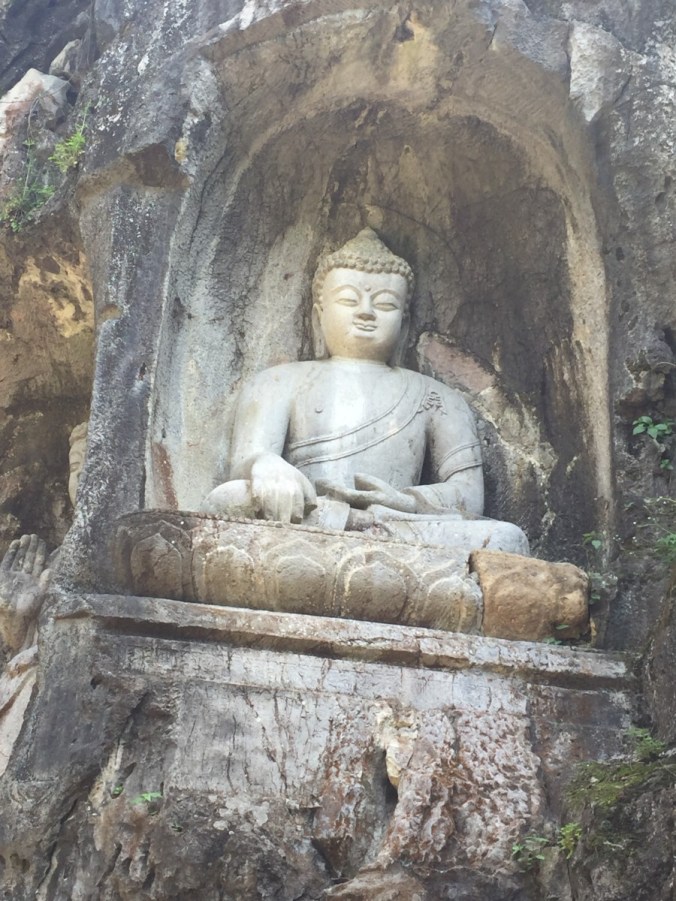 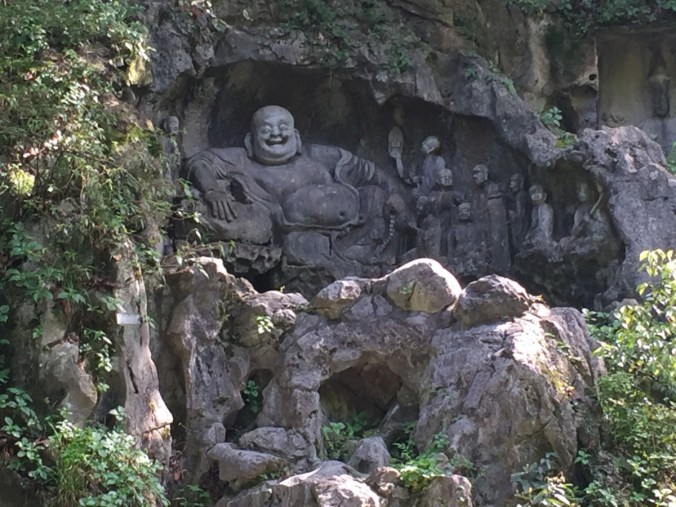 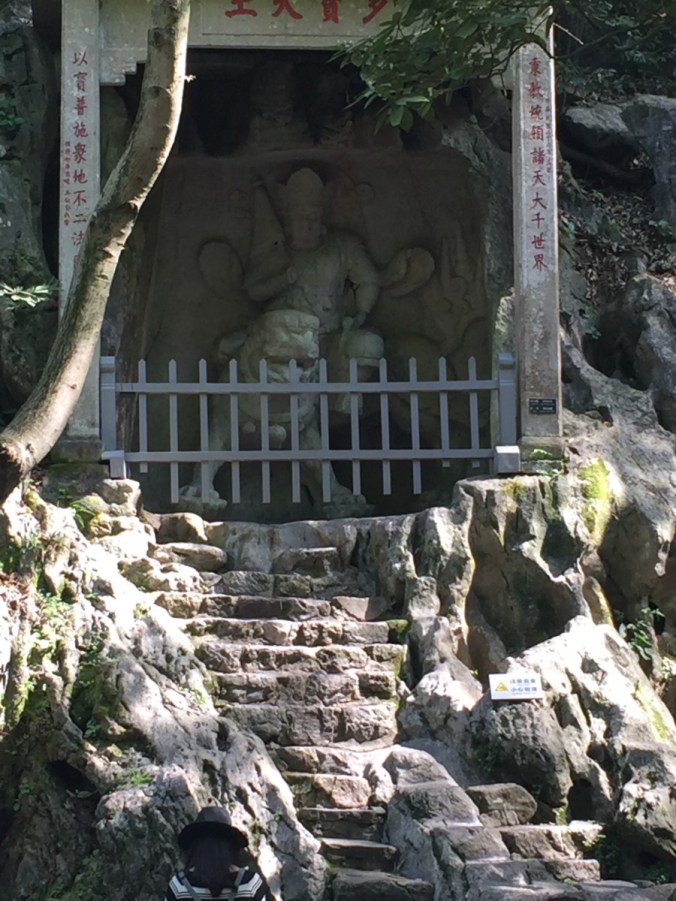 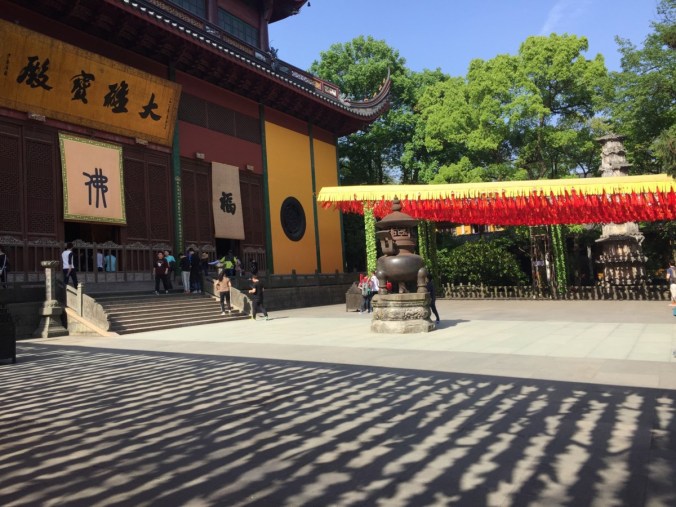 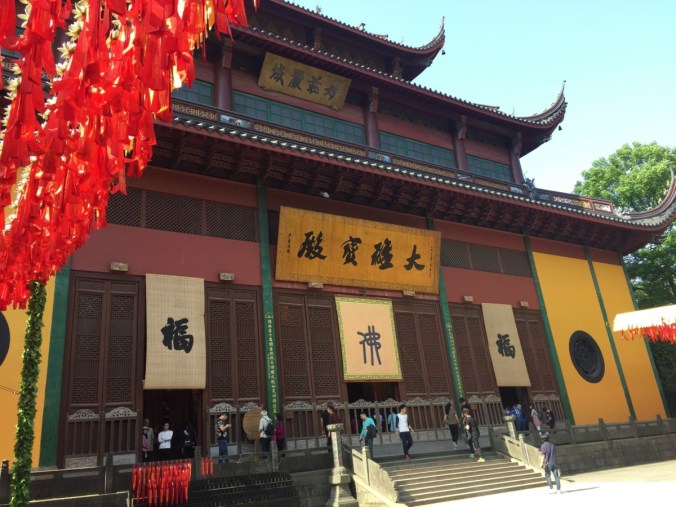 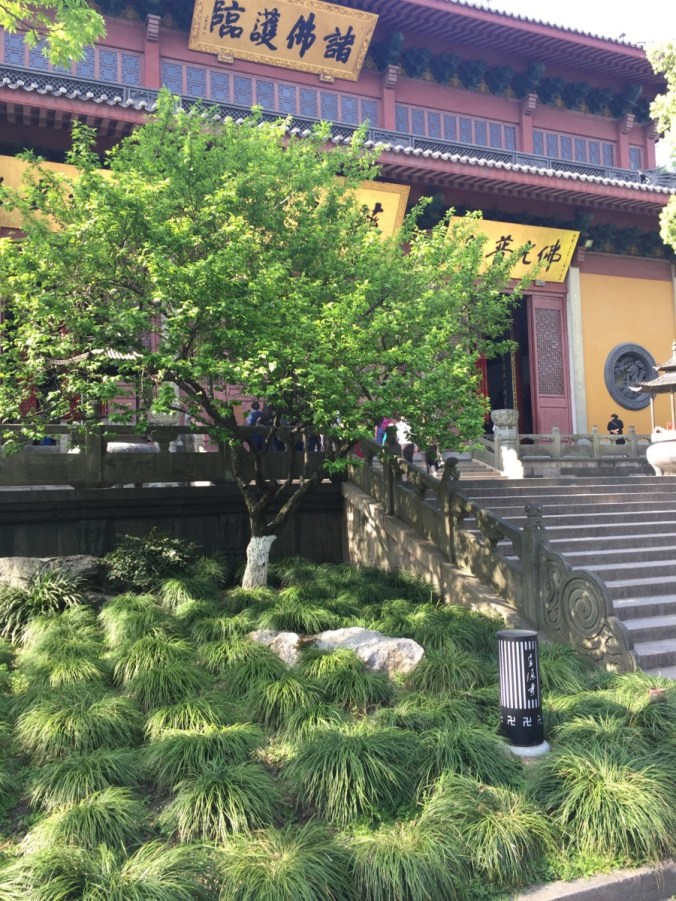 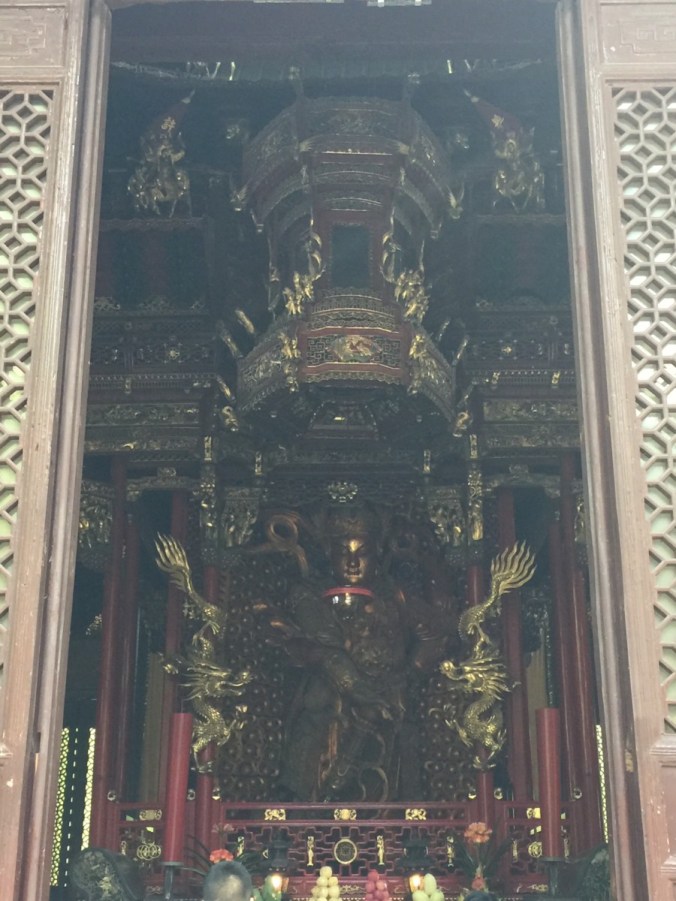 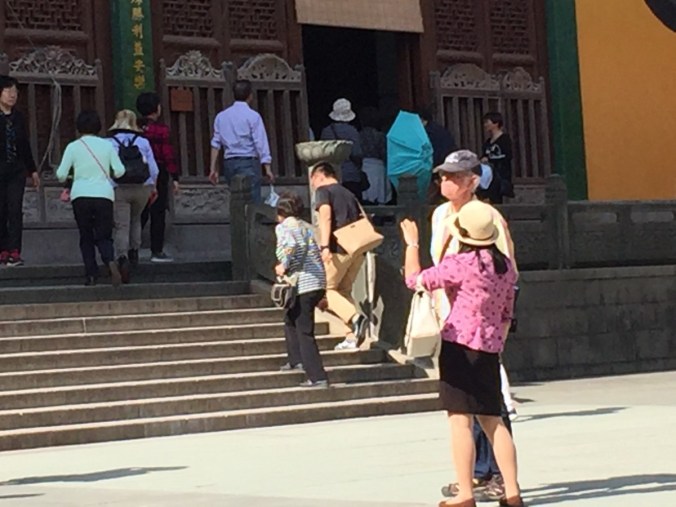 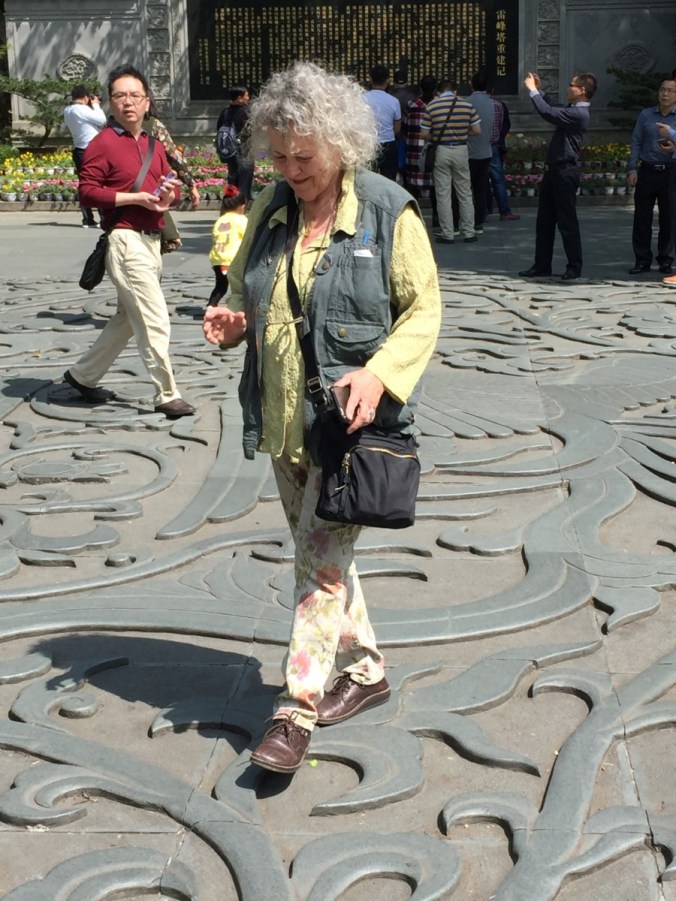 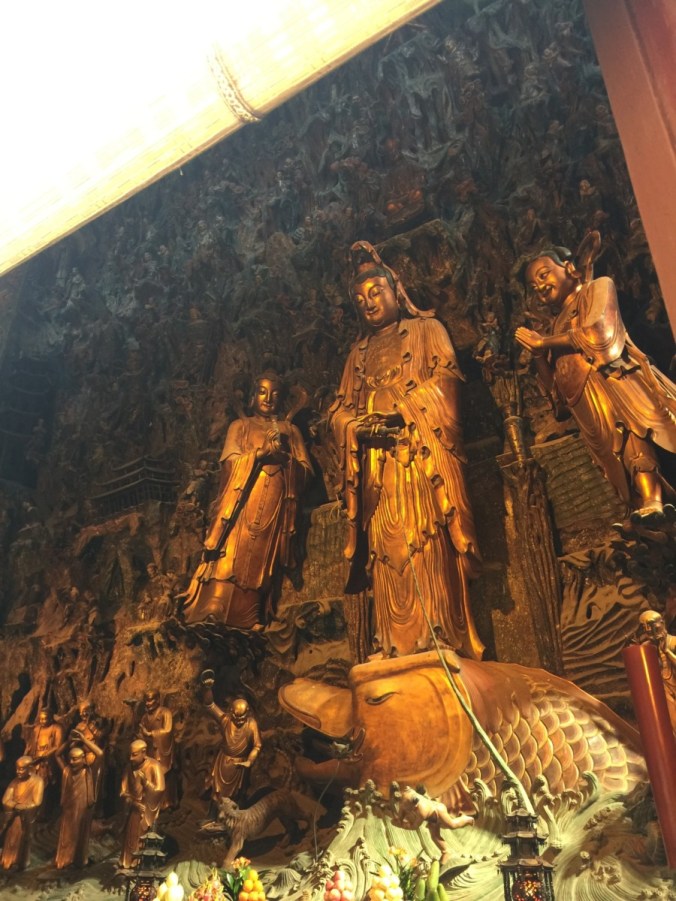 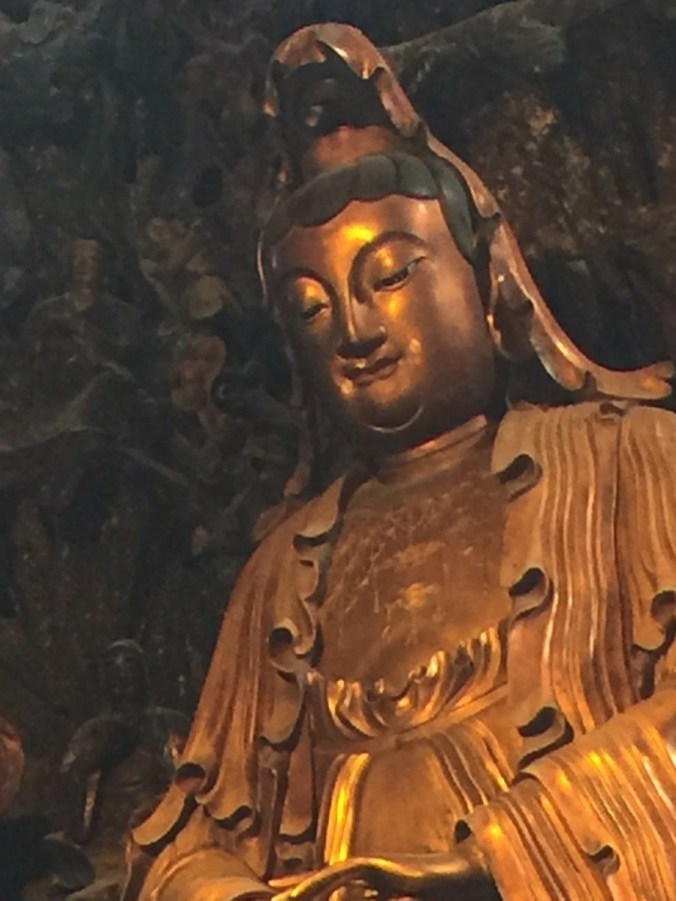 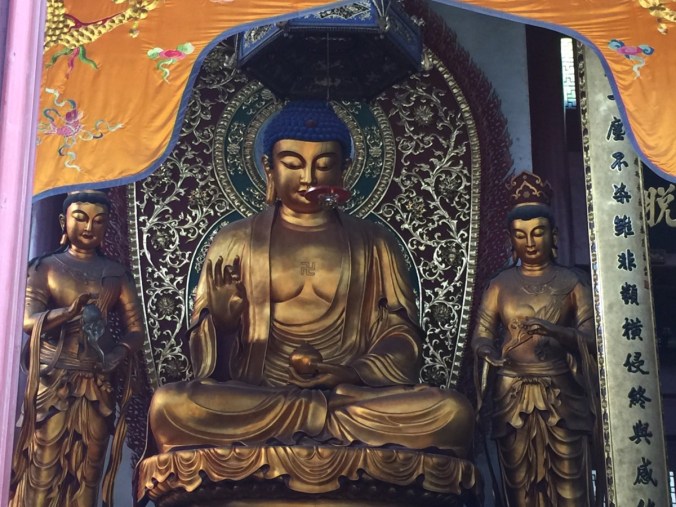 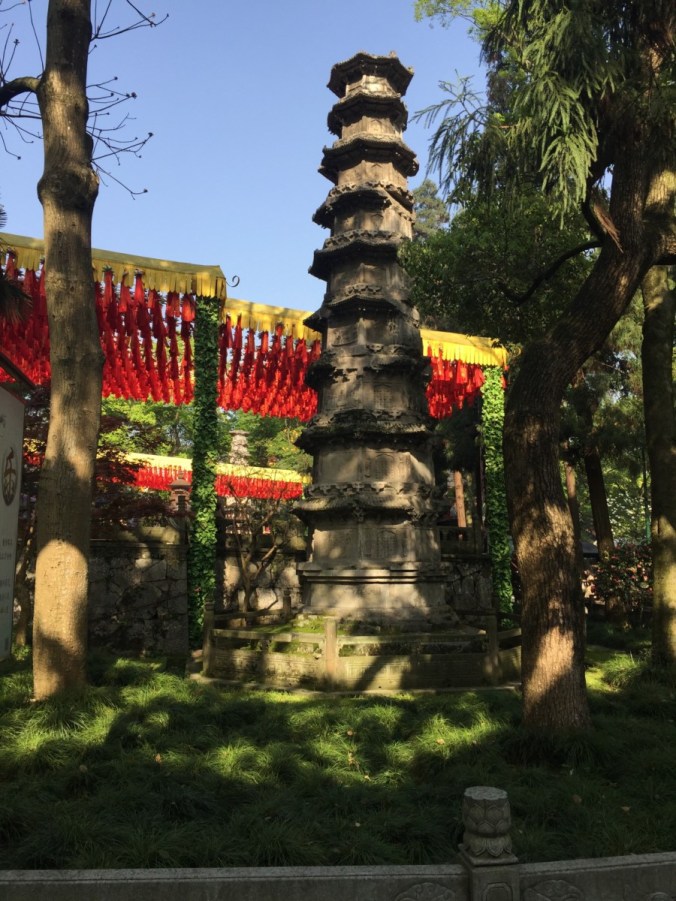 Everything Else, Spirituality, Travel: Boots on the Ground