As I was sitting on the deck of our home in Davis and about to open the notes in my China journal I was distracted by a play of light on the wall behind the pond. The sun peaking through disciplined spaces along the overhang created an ephemeral piece of art that rivaled much of what I had seen during my years as an art critic. Abstract expressionism at its best! A fleeting frame of light walling off transient flickers led my mind into unbounded space. It felt so good to be back. 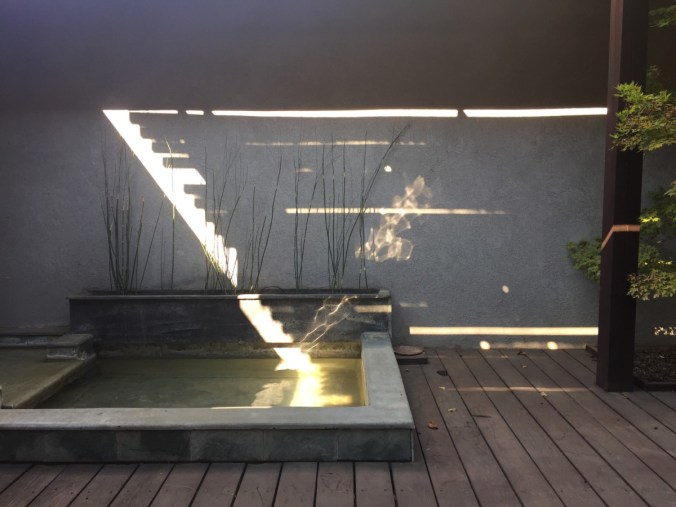 After slowly working my way through my journal notes from the last trip to China, I realized that I had better conclude soon as the next trip is beginning to rise on the horizon. So, back to the journey through Hangzhou with Jing, our guide.

I had to make a choice: either the Tea Museum or the Silk Museum. Hangzhou offered both, but with a limited amount of time on our hands, it was one or the other. Due to my long-time interest in the cultural history of beverages and the importance of tea in China (as illustrated in the text below), I chose the former. 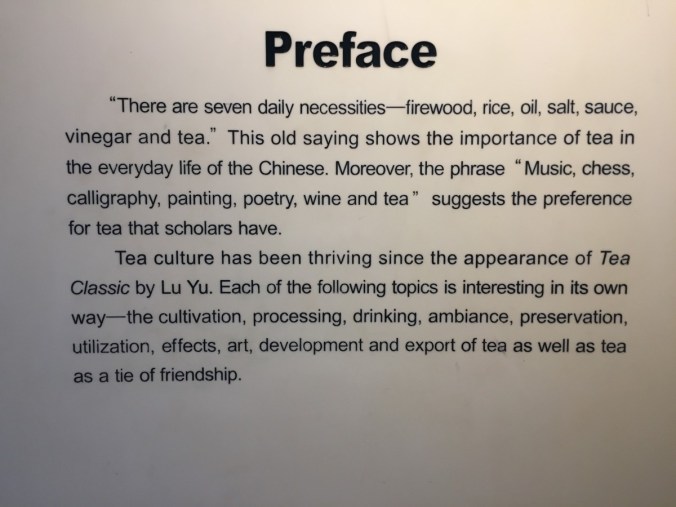 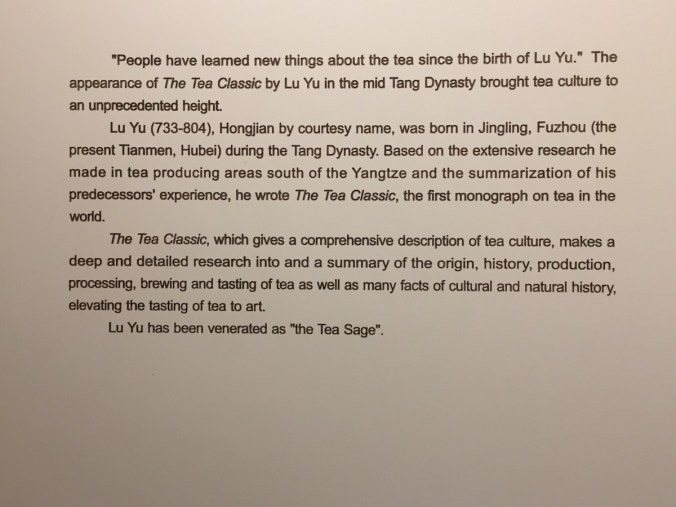 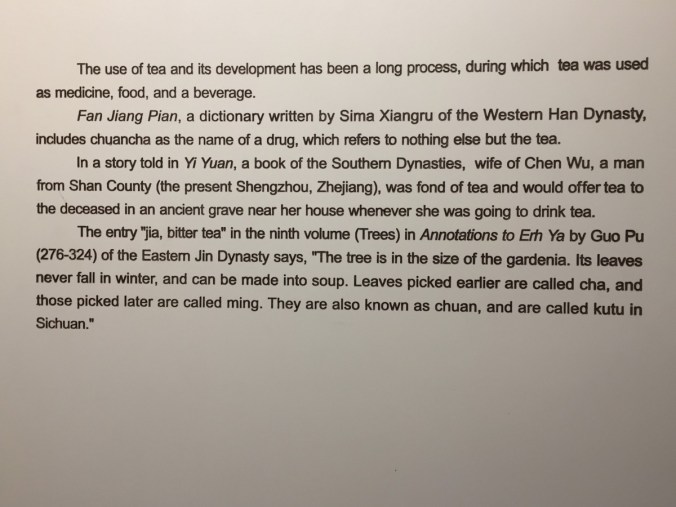 Twas a sun-soaked mid-morning when our wonderful guide Jing, picked us up at the hotel. Hopping in the car, we curled around West Lake for a bit before pulling off toward and into the nearby hills. Initially, we passed through sparsely covered forests, but as we turned a bend, suddenly tea plantations almost as far as the eye could see. Rolling fields blanketed with dark green, leathery leaves and buds shimmering in sun-light. For all my travels, this was a first. Not only a museum as I expected, but a plantation as well. Scattered among the bushes, several local workers harvested buds. As I would find out, we were in green tea heaven. 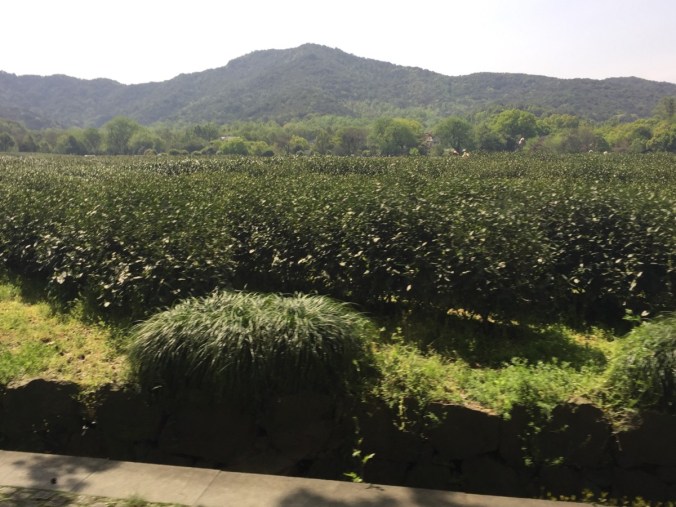 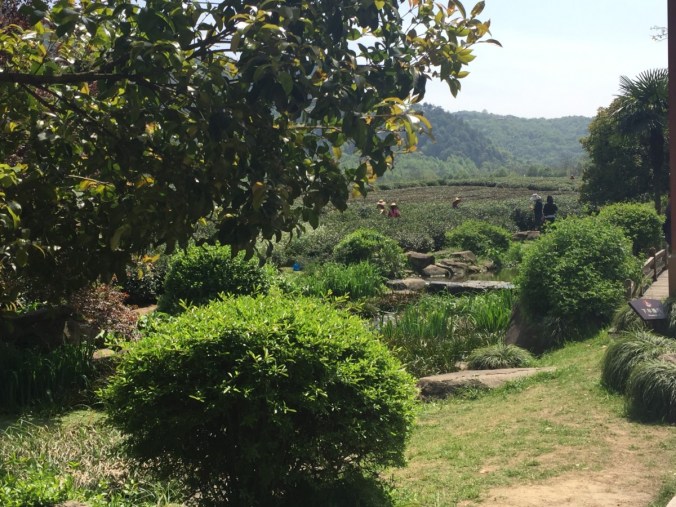 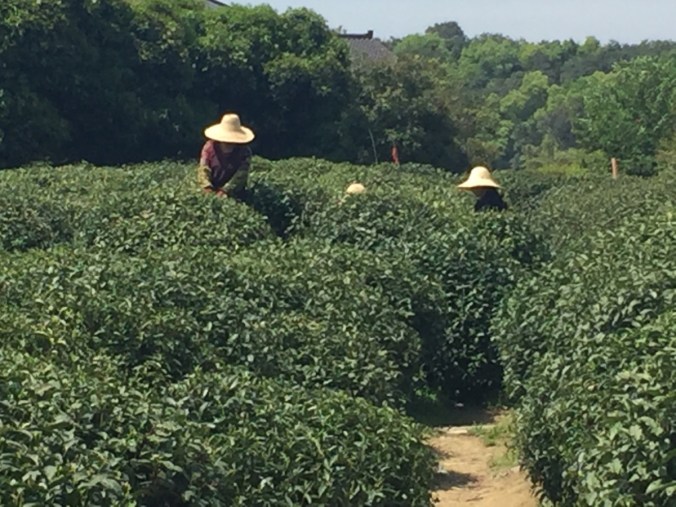 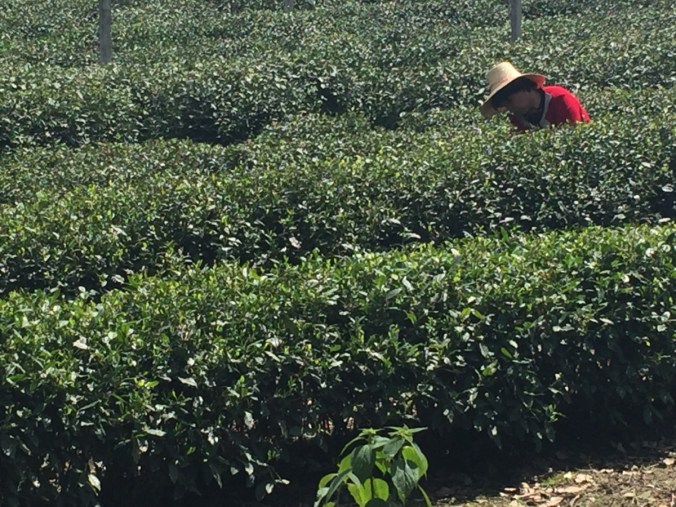 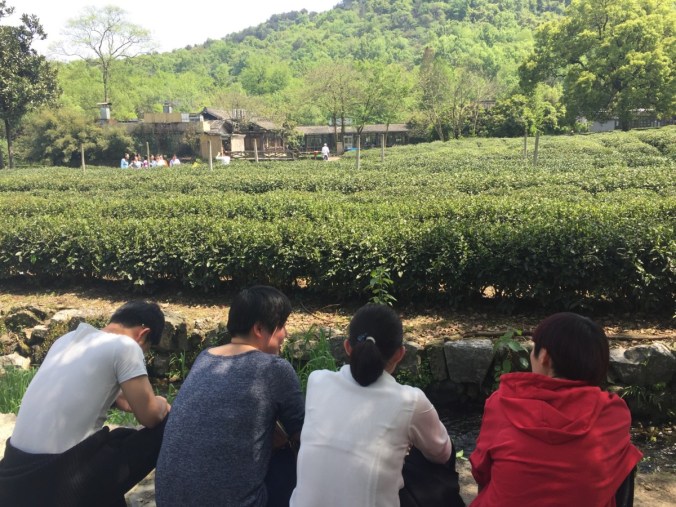 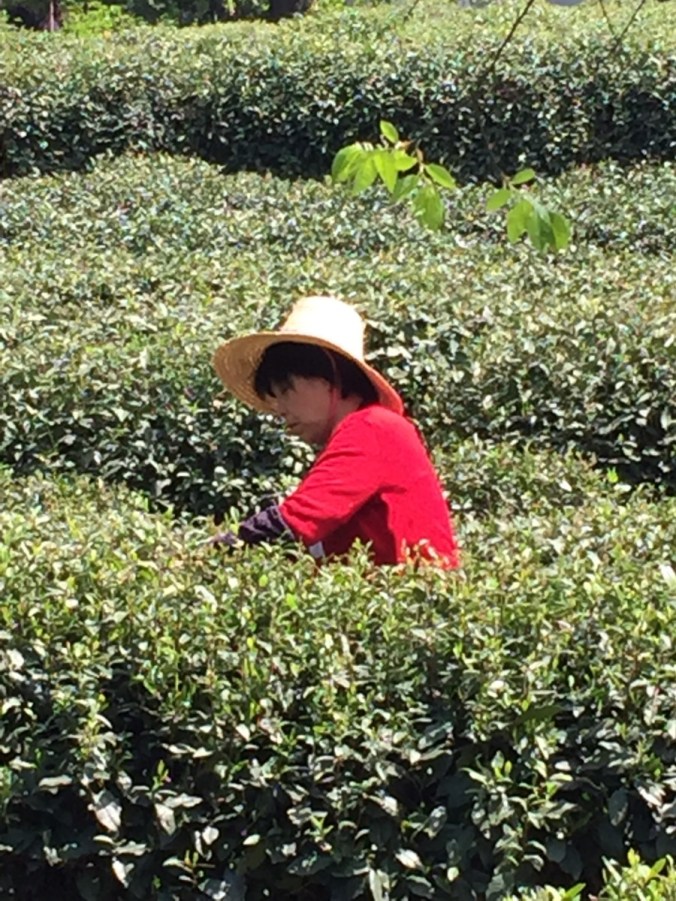 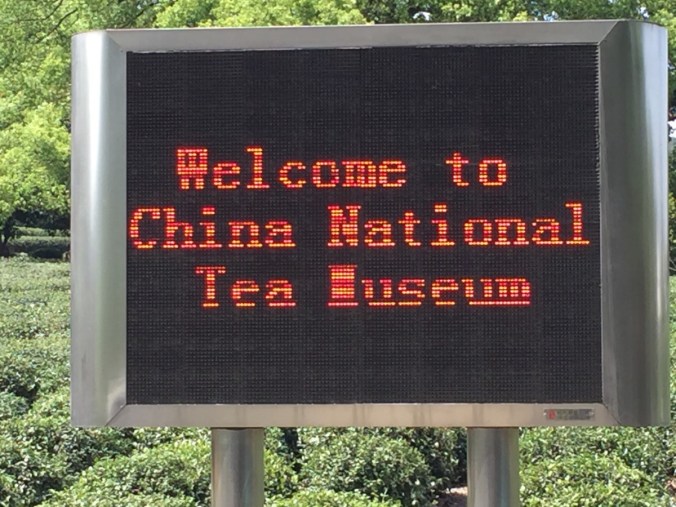 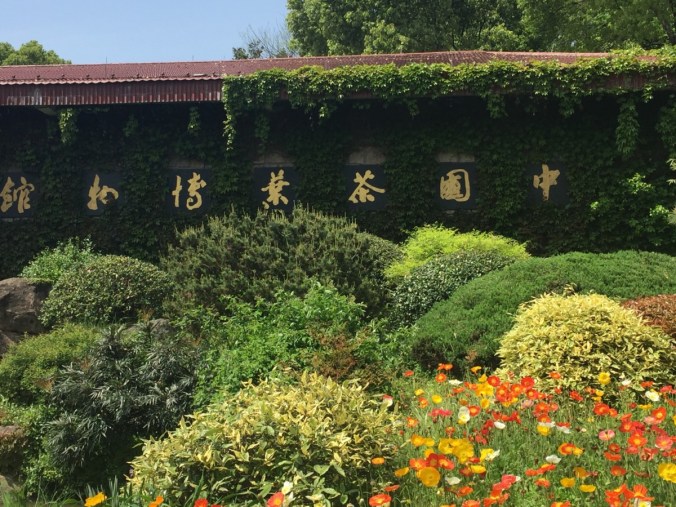 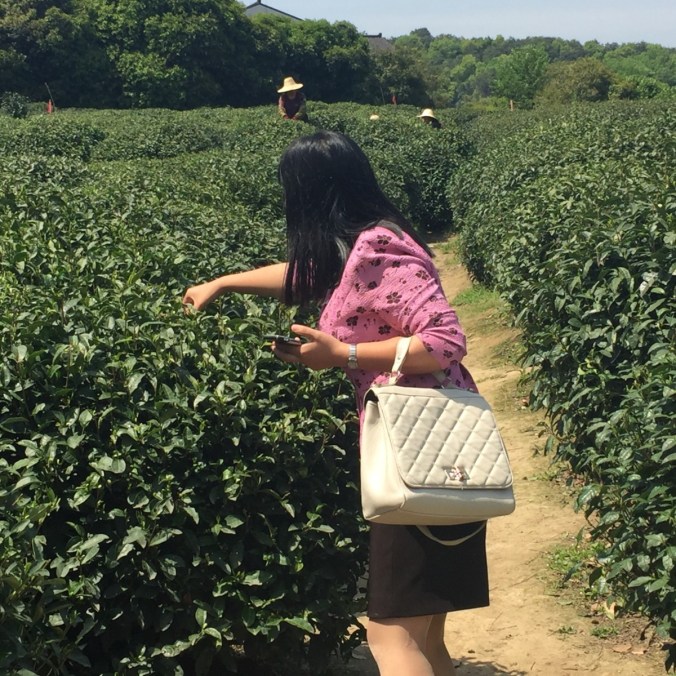 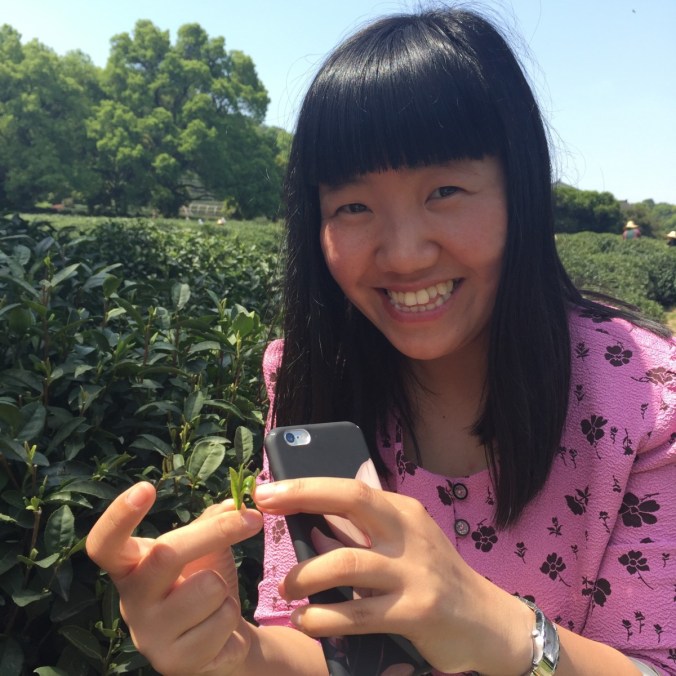 Once inside the museum, we made our way through the galleries. History, tools, machinery and the history of the tea plant were laid out in well organized exhibits for our perusal. 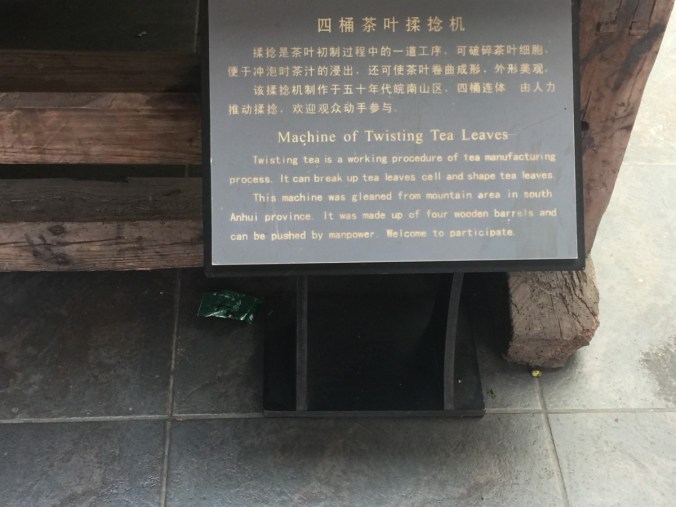 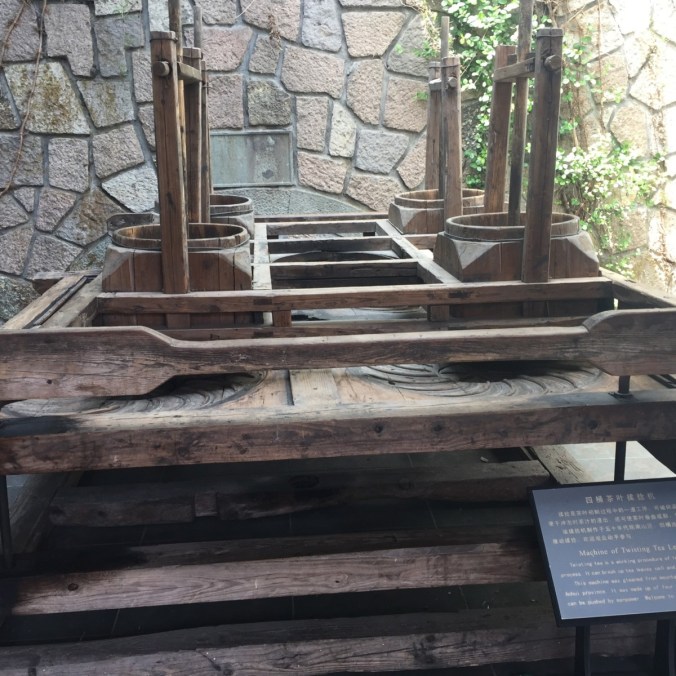 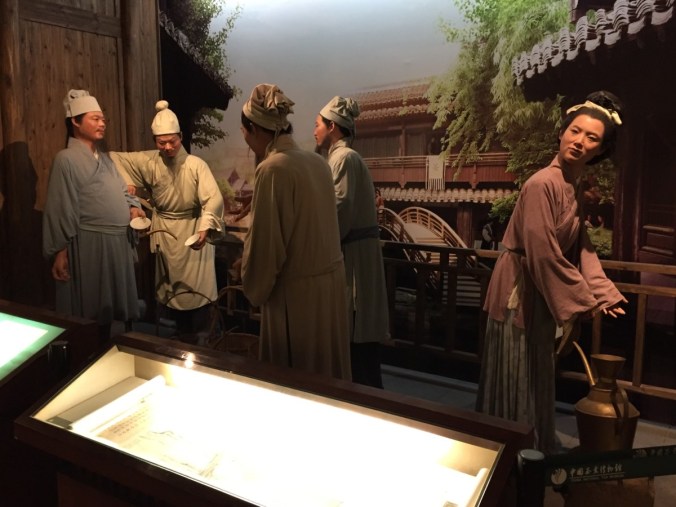 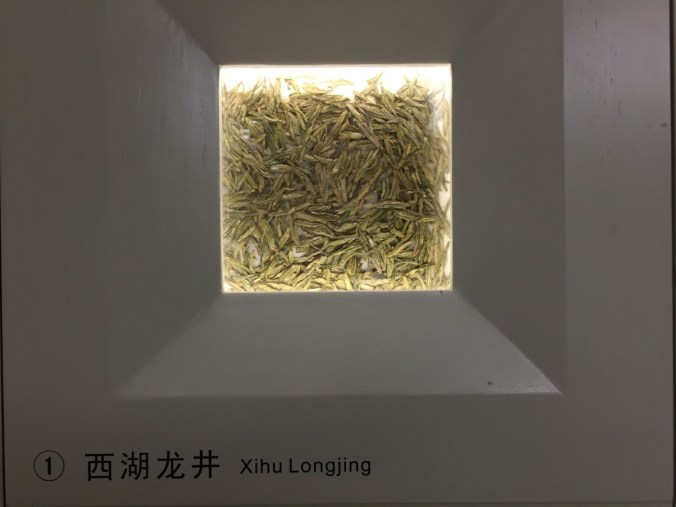 When it comes to biking, it has been my personal experience that no city that does it better than Davis Ca. Back in the sixties, the town mothers (father’s, too) took it upon themselves to set up a model for city biking. By the time I arrived in town in the seventies, Davis was a full-on model city. It took me a full year to get used to living with a dual transportation system. At this point Davis has over 67 miles of bike lanes, many off road paths, bike stop lights, bike police and bike signage. With a UC campus student population in the mid-thirties, at least twenty thousand plus bikes a day on campus is the norm. I thought I knew everything about city biking.

Then I went to Hangzhou China.

Of course, there are major differences in the cities. Hangzhou has a population nearing 10,000,000. Davis, 67,000! But, Hangzhou, too, is a model with its major bike loan program. China’s bike sharing system starting in here in 2008 is the world’s largest public bike system according to the China Tourism agency. While in Wuhan I had noted large bike lots with ready to hire bikes spread throughout the city. In Hangzhou bike-sharing stations are set up regularly along major thoroughfares. With a bit of research, I found that 84,000 bikes are scattered over 3,300 service spots. Not too many bikes considering the size of the population.

To get into the system, a participant gets a card. A smart Z is designed for visitors. (I chose to walk most of the time.) Bikes run .15 per hour for visitors and can be dropped off at any station any time. For resident’s bikes are free for the first hour. A common practice among locals is to get a bike, drop it off just short of one hour, then get another freebie for another hour. Is that what is known as gaming the system? Bike sharing, incredibly pragmatic and environmentally life saving, deserves admiration. However, I did find the fact that bikes are allowed on sidewalks a bit difficult to contend with. 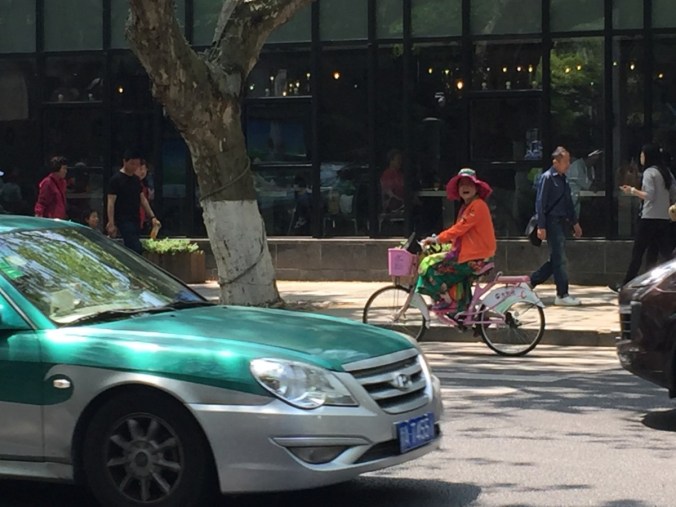 Art, Everything Else, Ritual, Travel: Boots on the Ground