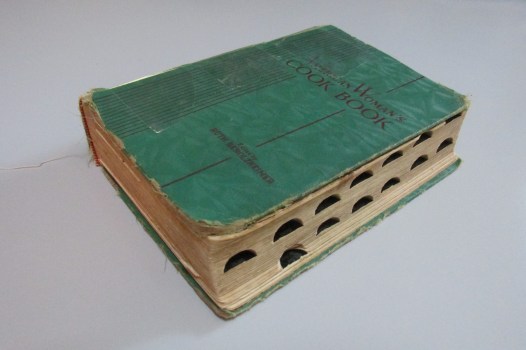 A blanket of grey May covered the skies for a few days, but then the heavens opened, the sun reappeared and given perfect weather, I decided to head for the beach. With book underarm I jumped into the Prius, drove down the canyon to Laguna and settled on a warm patch of soft sand. A day so lucid the limestone colored rock cliffs on the south end of Catalina Island, stood clearly delineated against the horizon. Beyond: unbounded space.

Relaxed in the comforting presence of negative ions I opened a book that had been gathering dust on my cookbook shelf for several years.

The American Woman’s Cookbook first published in 1938, seven years later than the first Joy of Cooking was my mother’s first cookbook. I held her 1942 edition in my hands, the one that most influenced the meals that made their way to our family dining table. 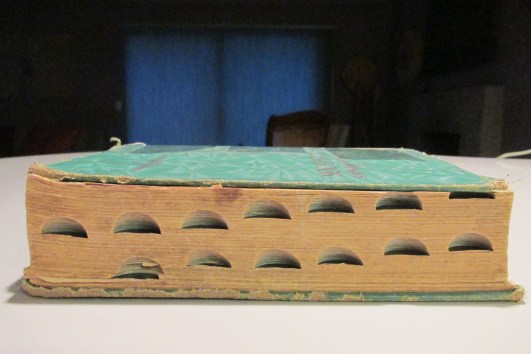 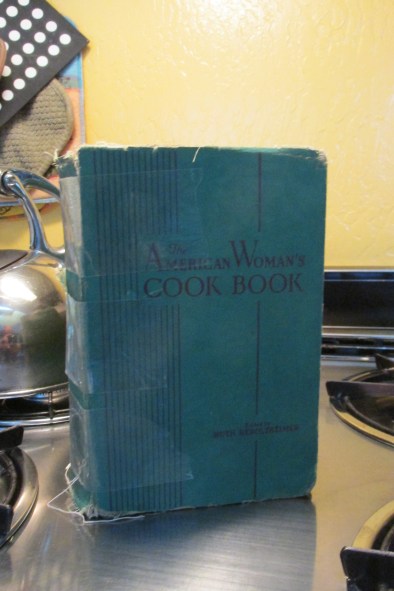 The introduction listed the Butterick Co. as the publisher with credit paid to The Carnation Company the producer of Irradiated Carnation Milk for being

“among the first to present pictorially in full, natural color of many of the appealing dishes, which grace our dinner tables… The development of printing reproduction in full color of difficult food subjects is a fascinating story. The color pages in the book required not only skillful preparation of the dishes to be photographed, but also an advanced photographic technique which makes possible the brilliant colors and superb craftsmanship of modern photoengraving. The beautiful pages which have been included in this volume effectively vitalize the recipes and add inspiration to the occupation of cooking.” 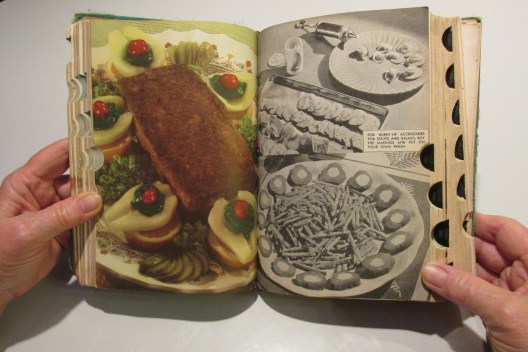 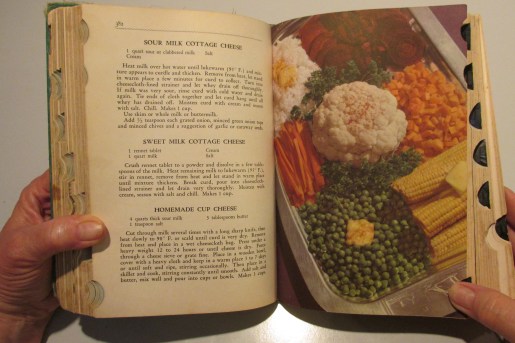 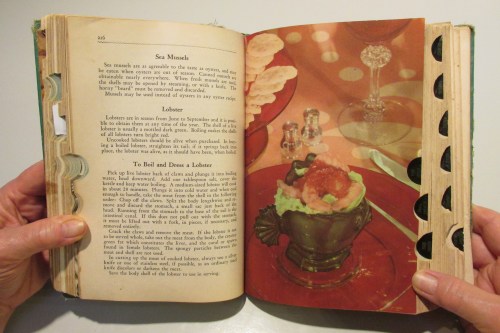 Cookbooks provide recipes, but they also give an account of the transformational process of American life. With The American Woman…I realized how cookbooks  reflect social concerns, national mores and cultural bias.  In 1942 for example, a woman’s occupation stated indirectly in the above, was definitely in the kitchen.

“To become a good cook requires more than the blind following of a recipe. This is frequently illustrated when several women again note, “women” living in the same community, all using the same recipe, obtain widely differing results. It is the reason so many cooks say, ‘I had good luck with my cake to-day,’ or ‘I had bad luck with my bread yesterday.’ Happily, luck causes neither the success nor the failure of a product. To become a good cook means to gain knowledge of foods, and how they behave, and skill in manipulating them. The recipe by itself, helpful as it is, will not produce a good product; the human being using the recipe must interpret it and must have skill in handling the material it prescribes.”

Clearly, there is a distinction between good cooking and following a recipe. How often have I heard, “I can’t cook, but I can follow a recipe,” from the mouths of some of my close friends.

Extended information on several key ingredients is revealing. Starch is a headliner with points to be observed in cooking starch-rich foods, the thickening power of flour or cornstarch and methods of combining flour or cornstarch with liquids. The same is done for sugar, the use of fats, shortening, milk and eggs.

Michele Obama would love the four pages that are devoted to school lunches.

“As much care is needed in selecting and preparing food for the child’s lunch at school as for the other meals served to the child. If the lunch is inadequate or lacking in food essential throughout the school year, the child’s whole nutrition will be seriously affected and “his”, parentheses are mine, work at school will suffer.”

It is recommended that the lunch “possess the following characteristics.” Abundance, regard for the nutritive needs of the child in relation to the whole day’s food, and be “clean, appetizing, wholesome and attractive”.

One menu suggestion among several:

Perhaps this book is more hip than meets the eye. Since the first publication, have we evolved or regressed?

Need to know how to set a table? Check this out. 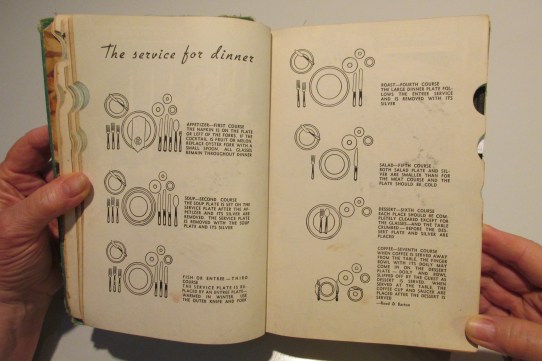 The joy of perusing turned up recipes for grouse, opossum, reindeer, squirrel and venison. Intriguing.  I doubt that they will make their way into my kitchen, but some of the following just may. 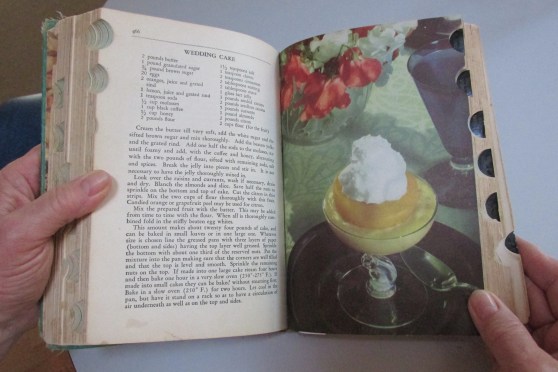 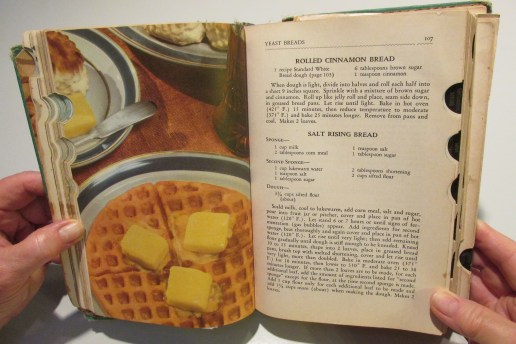 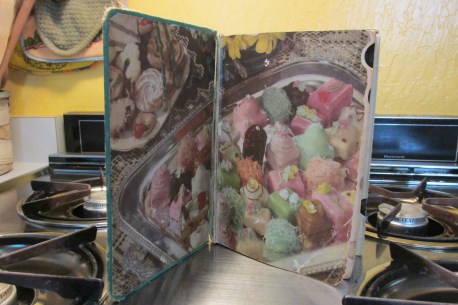