Still in the OC

I took my swollen, pained toe to the Laguna Woods Urgent Care Office. With my doctor five hundred miles away UC seemed the best of all alternatives. 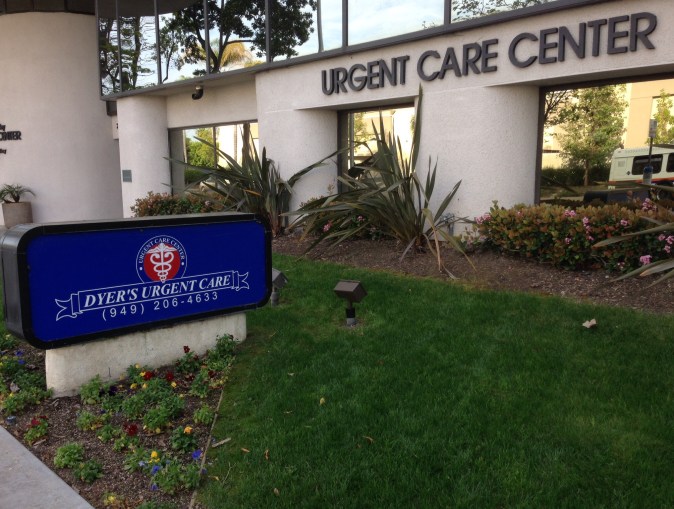 I arrived to an empty waiting room. 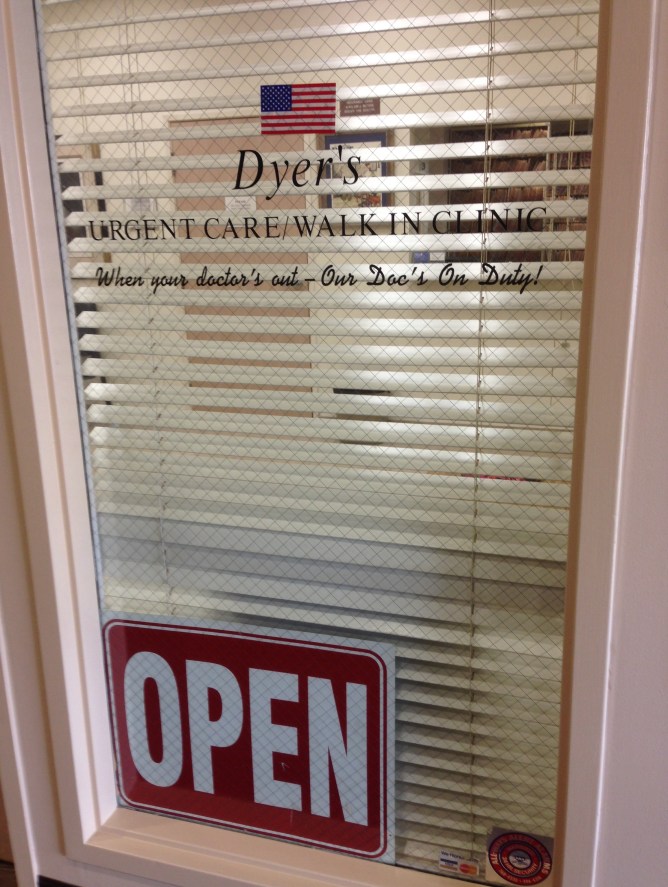 The sweet receptionist handed me a bevy of forms and as soon as I filled them out a tall fortyish man with a boyish face appeared and beckoned me to an examination room. This would be a snap.

When my toe began to swell within hours of a pedicure, I assumed I had a minor infection. Dr. Ribble agreed that likely an infection, but “could  possibly be a blood clot.” This guy not one to take chances, picked up his phone, called a vascular unit in a nearby building and ordered an ultrasound. “Just to make sure!”

Dazed by the thought of a clot, I walked to the center, took an elevator up to the third floor, and walked down a long, sanitized hall to a large office filled with several people waiting for ultrasounds. A receptionist handed me another set of forms to complete, I took a seat and surrendered to a long wait. 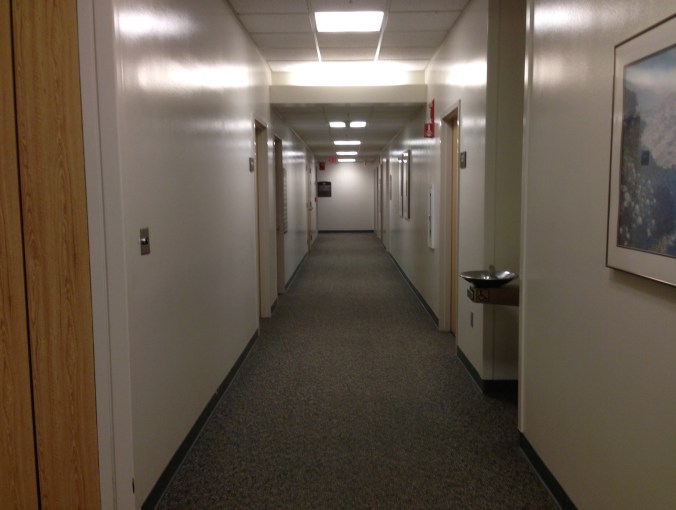 That’s when the struggle began.

I could handle a blood clot. I knew how to reiki myself, visualize healing light, do mantra and appeal to the deities all at the same time. Why by the time I got in to have  the ultrasound the clot if I had one, could be gone. I began with a slow, silent OM and imagined my toe surrounded by clear, white, healthy light.

I should have visualized the Medicine Buddha, Tara or Mother Mary, too, and because I did not my mind that rational scoundrel, jumped in and created other images: mind photos of friends and family members who had lived with blood clot issues.

I had heard their stories. The upshot for some of them is that long flights in airplanes are not recommended. Was I about to meet the same fate? Abruptly, my travel list and all the plans I had been making slid down a narrow tube-like, black-whole drain. Aghast!

“Penelope, get a hold on yourself, you can handle this.” That voice.

I had heard it said that the new drugs do wonders. In six months, blood clot dissolved, I would be back on a plane. Maybe. Or, perhaps this was the beginning of a serious problem. The thought that I could do road trips offered little consolation.

“Stop this nonsense; do your reiki, Om your toe.” The voice again.

What was it Merton said? We struggle with our minds not our bodies? In this case, both seem to be conspiring against me.

The voice warned, I must get a hold on myself. As a last resort, it should have been my first, I pulled a mala out of my purse, visualized the healing Buddha and several goddesses with medicinal powers. I asked Pope Francis for his blessings.

With my call to the poverello, another dimension opened. In the space between my eyes I saw a door to infinity and as quickly as not, I found myself sitting on a mesa overlooking Tsankawi. In spite of the speed of the trip I managed to hold on to my mala and continued to Om.

What is it about some sites that haunt us until we return, if not in the third dimension, at least in the realm of the creative mind or that of virtual reality? Tsankawi is a locus I had visited many times. As with Spider Rock, when I heard the call like a gentle heart murmur, singing come home, come home, I responded by making a trip to Tsankawi.

New Mexico had been my second home for fifteen years before I discovered Tsankawi. One late spring afternoon during a visit to the Southwest I felt called to head north.  As I drove up 285 out of Santa Fe mesmerizing vanilla swirls of cumulus clouds hung over a horizon wider than the eyes could see. Chiseled, red sandstone ridges that divided land and sky were the only thing that kept me grounded. As I passed Nambe Reservation, followed by Camel Rock to the west I felt a pull away from 285. I made a left turn on to Highway 4 heading towards the San Ildefonso Pueblo.  Black Mesa, the flat top mountain sacred to the pueblo flew past. A sign indicated that the road  would lead to Los Alamos, site of the National Government Laboratory.

The drive was magnificent, but I had miles to go before I slept and decided that dilly dallying along less traveled roads was not a luxury I could afford that day. I found a place to do a U and as I turned around I noticed a few cars parked in an obscure area off to the right of the road. A sign posted on a non-descript fence read Tsankawi National Monument. A few days later feeling the call, I would return to explore my discovery in the Bandelier National Forest.

The Anasazi’s, the ancestral pueblo people had established Tsankawi in the Bandelier National Forest on a mesa in the canyon country just north of Santa Fe in the late 1100s. I climbed their carved rocks and and rope stairs until I reached a mesa with a sweeping vista. As I took it all in I wondered how, the natives survived in the parched, sparse, severe, but beautiful land that lay before me?

One answer: surrender. It is believed that the pueblo people depended entirely on their environment for their needs.  They held the native trust that the Earth as our mother has everything we need to sustain us.  They honored and respected her, and used her resources with gratitude.  Native legends tell us that Tsankawi sustained its inhabitants for a while, but then as happens when the earth needs to replenish, resources grew scarce, or rainfall decreased. The inhabitants moved on.

Save for the rubble of ruins, a few faint petroglyphs, and narrow grooved trails – used to this day, physical signs of the Anasazi disappeared long ago. Now, open—unbounded space, Tsankawi is a virtual paradise for sky gazing.

Someone calling from a distance. Three calls before I recognized my name. Tsankawi disappeared as suddenly as it has appeared and I returned to the waiting room. A technician motioned for me to come to a back office for my ultrasound test.

What a trip. Had I a clot, it turned out I did not, I now knew there would be no end to my travels!