In an earlier blog I said that we can all be tourists, but that we are all travelers. Discernment is in knowing the difference. I’ve been thinking about the difference.

This post is not intended to be about Disneyland, but that seems to be the place to start. I remember the year it opened; I lived a mere twenty-minute car ride away. Growing up in its shadows, a continuous source of entertainment, the fantasy rides when I was young, the rock n rock bands on Friday nights when I was a teen, Disneyland was the place to enjoy myth, fantasy and illusion. Now, several years later it has the largest cumulative attendance of any theme park in the world. In recent years it has hosted over 16 million guests per year. I have not been there for several decades, but soon I will succumb to its magical draw and take my granddaughter.

The OC  is no longer known for its rolling orange groves–long gone, but for one of the world’s most famous theme parks. Its long, stretched beaches intermittently broken with hidden nook-like coves for swimming and surfing also draw tourists, and add to its world renown.

What is not so famous, yet OC’s central monumental land-marker visible to all who come to see Disneyland’s Matterhorn, and to those who live behind and beyond the Orange Curtain is Saddle Back Mountain. I grew up in its shadows, too, literally. 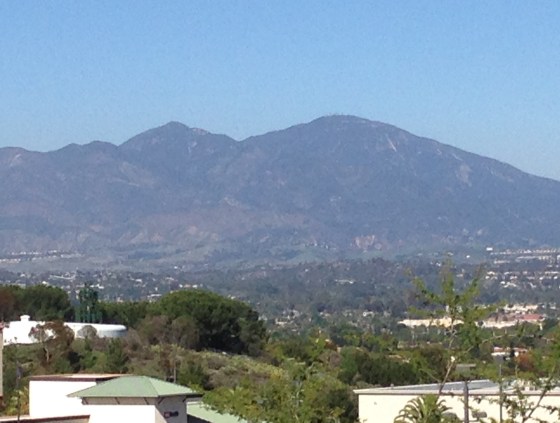 It is easy to understand why it is called Saddle Back. Located mid-way along the  Santa Ana Mountains it mimics the front knob, sunken center and raised rump look of an ordinary riding saddle.  Mojeska at 5,496 feet, more northerly and Santiago at 5,689 southerly, are the two peaks that jointly cut a sharp saddle image against a normally azure sky.

People are surprised to learn that OC has a mountain with accessible trails for hiking and biking. Housed in the Cleveland National Forest there are several ways to get to the summit with the sixteen-mile round trip Holy Jim Trail as the most popular. From the top of Santiago due to a conglomeration of microwave and telecommunications antennas that provide radio coverage for most of SoCal, it is impossible to get a 360 view. On must circumnavigate the summit quarter mile by quarter mile for a full-round view. 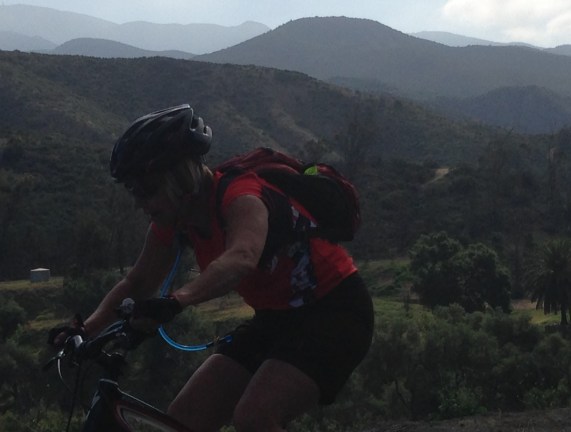 On a clear day it can be seen from Los Angeles to San Diego. In earlier times, it nurtured migrant workers taking care of the orange orchards that blanketed much of Orange County. Some agriculture remains; most of the OC has given way to development—constructions and freeways. Rising above it all in clear sight the silent patriarch continues to remind the citizens of its presence. 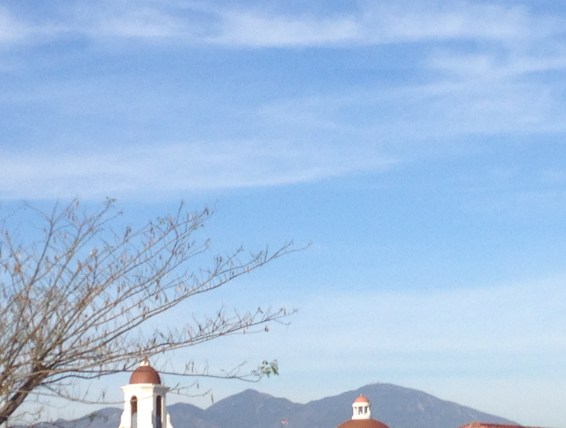 What is it about mountain that draws us unto itself?

For some ancient peoples the earth was like the human body with mountain as backbone and spine. For others mountain was the place where heaven and earth join; home to the gods, it held the space for the meeting place of humans and deities. The indigenous occupants of the oak and chaparal covered hills and valleys around Saddle Back the Serranos, believed in two existences: one above, one below. They were two states that existed together and the rocks, soil, flora and fauna were considered to be the fruits of their union. 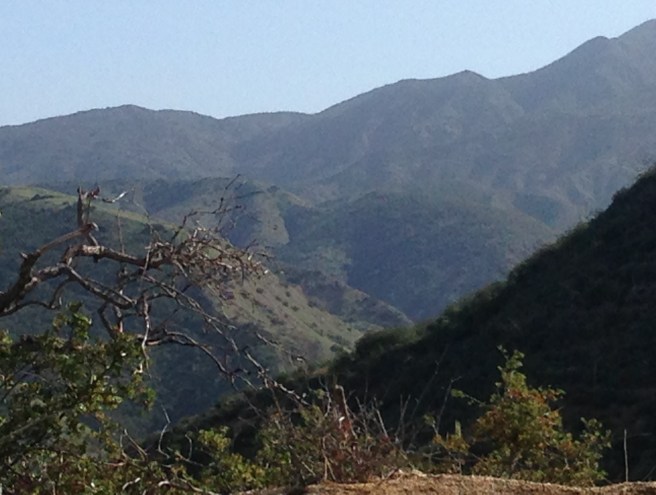 The ancient Egyptians routinely revitalized themselves by drawing energy into the body from key sites in natural environments, water bodies, valleys, mountains, moon and stars included, through breath and movement. Mountains were seen as the place to draw in strength.

I learned this simple practice several years ago from a teacher of Egyptian spirituality:

Sound bizarre? Give it a try. I shall never forget the feeling I got from doing the exercise at Sinai in 2003. It felt like Moses and his entire tribe visited upon me!

I have visited several of the sacred mountains of the world, Mt. Shasta, Parnassus, Olympus, Fuji, Rainier, or as the Pacific Northwest Natives call it, Tahoma—the mountain that was God. For some time I had an unfulfilled longing to make the parikrama by circumambulating Mt. Kailash. Recognized through out Asia as the holiest mountain in the world it is regarded as too sacred to climb. Always off in a distant part of my awareness, I used to tell myself I’m not a mountain person, I’m a water person. In spite of my youthful draw to the piscine, the mountain has continued to call me and in growing age I feel more akin to it.

Saddle Back reminds me of not only the cosmic mountain, but of the one spoken of by philosophers and sages, the one within that is eventually climbed by all pilgrims. “So seek the craggy peak in all the dreams on all the maps, through every circled quest, but finally call it by its rightful name…Tahoma.”    (Belden Lane in Landscapes of the Sacred.) 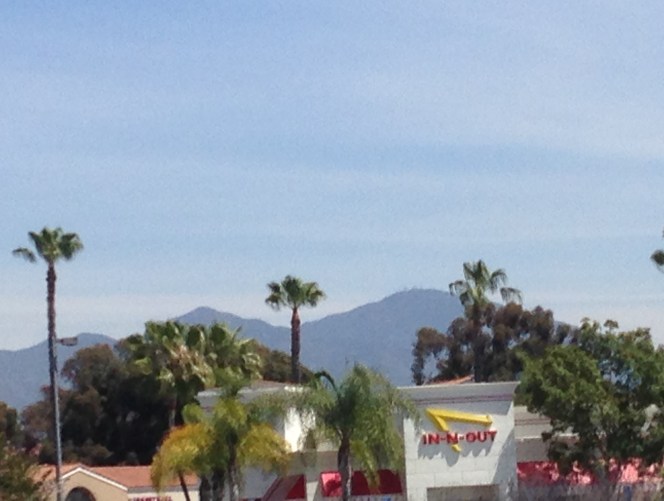 Saddle Back is not Kailash or Fuji, but it is my local mountain and the mountain for the millions who live in the OC. While I may not make it to Kailash in this lifetime, Saddle Back is here and has been for as long as I can remember.

As Ram Dass pointed out many years ago, “Be here now.” Hopefully, I am wiith Saddle Back unbounded by space and time. 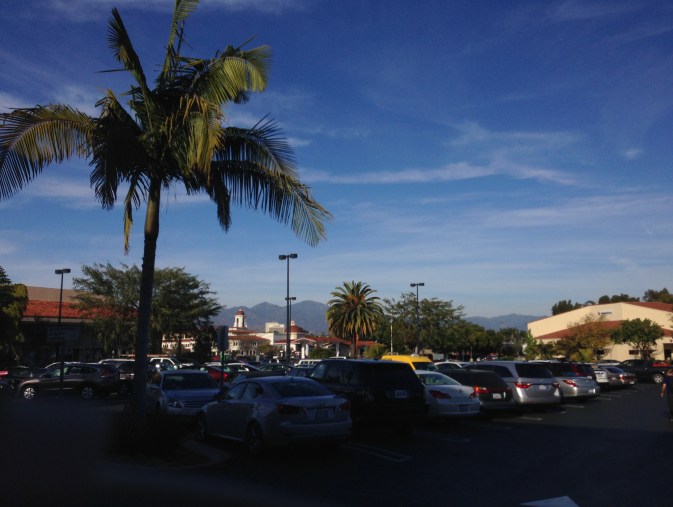