My partner called Uber at 6:00 AM. Within fifteen minutes Kushal picked us up. I knew it would be a safe ride to the airport the moment I saw Ganesh on his dashboard. With traffic on the 405 amazingly light for the early morning commute slot, we arrived at John Wayne Airport aptly named for the big guy, by 6:30. At barely ten years old I can remember seeing JW at the local Thrifty’s Drugs former home of the nickel ice cream, and probably the nearest drug store to his home on Lido Isle. Sightings of celebrities were common in those days with the coastline a preferred playground, and are still so today, but not only was John Wayne famous, the people of south OC loved him.

Kushal described how he worked his way around the world to get from Nepal to the US. As a driver for hire, he worked in Israel, Italy and Germany, the latter for a handicapped man, as he related it. All the while his intention was to work his way to the US. Now, finally settled in his home of choice California, he has started a family. To show his loyalty to his new home he gave his four-month old daughter an American name.

Kushal’s is one of many amazing stories, I have heard recounted by Uber drivers since we joined up last month. The ride to the airport cost us 25.00. The same for a taxi would have been 40.00 sans tip! No wonder taxi drivers are rising up against Uber! In some places Uber has wiped out fifty percent of taxi business.

On the flight to Chicago the man next to me all dressed up like a CEO in his crisp white shirt, perfectly creased, light coffee pants and spit shined oxfords read through reams of charts making notes here and there. I noticed Southern Wines and Spirits in bold print across the top of the pages. I would have struck up a conversation about the wines part, but noticed late in the flight and at that point I was not much in the mood for conversation.

A few minutes before landing he pulled out a new hardback—Collective Genuis. I could not help peering over his shoulder, checking out a few lines. I had the middle seat he had the window so I faked looking out the window when in fact I was checking out his book. What young executive geniuses are reading these days roused my curiosity. I picked up that the book’s purpose is to help top leaders in management deal with their role as group leaders. Leaders I read, should hold group meetings, try to get everyone to share ideas, encourage experimentation, enlarge on the collective genius of a group, and so on. It all reminded me of what my developmental psychology teacher imparted as I was preparing to go into teaching about forty years ago. Same lines, different times.

There is also a priest on the plane. It’s comforting to know that last rites are a possibility should something go awry.

The pilot provided a moment of shock and awe when he hit, rather dove into the runway. I cannot recall a landing so hard. When we disembarked and I smelled popcorn right out the gate, I knew we had hit Chicago. 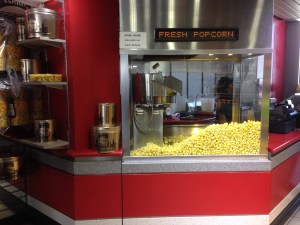 Cozy now on the flight to Rome, we are more than halfway. On an old American Airlines plane, so old it reminds me of the TWA plane I flew in on my first plane ride, a flight from LA to Pittsburgh back in the sixties. The meals skimpy, no snack in the kitchen, thank goodness they are coming out of bankruptcy.

Sorry I forgot to get some melatonin. Impossible to sleep.