Today as I was purchasing one of my three daily cups of tuo cha at Seventh Tea Bar in the OC Mix, the young man waiting on me behind the tea bar initiated a conversation. Our leap into depth took about 2 minutes. We chatted and clucked traveling as far as we could in the few minutes one is given while ordering at the tea bar. John shared that he is studying for a master’s degree in Theology with a focus on the place of story and how it is used as a form of reconciliation in different cultures. Reconciliation if I remember correctly from my theology studies of fifty years ago refers to atonement between humanity and God-a negotiated reunion so to speak after the original split. I did not tell John that I think we are perfect rather than sinners, though our obscurations make it seem otherwise. Instead I acknowledged that I, too, have an interest in story particularly stories that layer the histories of sacred sites.

One topic lead to another again in the space of approximately two minutes, and I glossed lightly on unbounded wholeness. Since the plane flight to Vietnam the words continue to sing to me like a never-ending mantra. John intrigued, asked what I meant by unbounded wholeness?

As I pondered the impossible there was no way I could give this delightful young man a definition for which he eagerly awaited. After what seemed like an interminable pause, we were at the cash register, I suggested that he think of it as space. Unbounded space. He seemed happy with that idea and said he would think about it. He hoped that we could talk more at another time.

I began reflect on unbounded wholeness long before I bought Tenzin Wangyal Rinpoche and Anne Klein’s book Unbounded Wholeness. The book offers the reader a compelling study of the contemplative traditions of Bon, the indigenous tradition of Tibet. I had become absorbed in some of the practices of the tradition several years ago when I had the pleasure and opportunity to meet and study with Rinpoche. But even prior to that meeting I had been taught a meditative practice that led to an understanding of the experience, but not the analytical definition of unbounded space.  I decided to share this with John the next time I go for tea.

Sit as for meditation. This can be done anywhere, but when it is done facing and peering into open sky, it is what is known as sky gazing among the Tibetan practitioners. The eyes are open. Look ahead, but with an unfocused gaze. In fact take in the whole of the space. Gaze at a non-focused local, but be equally aware of the entire scene within the range of vision. It is important to keep this view. As thoughts come let them go as soon as their presence is observed. What is important is the unfocused gaze…keeping it free and relaxed. Doing this through sky-gazing can lead to the experiential awareness of unbounded space.

Sounds simple, right? It is, but it takes diligence, patience and persistence. That’s the hard part.

Initially the practitioner lays the groundwork in the art of focus. Once that is secured, untold possibilities open. I have practiced this simple form for over twenty-five years and what I experience continually undergoes changes and brings new realizations. An unusual mode of travel and where it leads never ceases to amaze me.

If you decide to engage or have engaged in the practice I would be most interested in hearing about your experience. If you live nearby, perhaps over a cup of tuo cha. 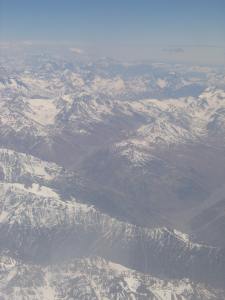 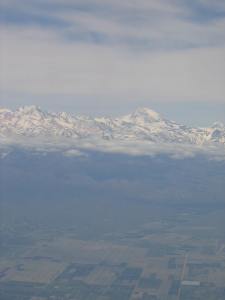