How does it feel to leave one’s root country for a foreign land?

Although I am third generation American with Celtic roots it has been my blessing to live most of my years in a state that has been called the most diverse culture in the history of the world; and while I am not a formal part of the current diasporas I have had the privilege to live near and share life with many who are.

I will call her Huong, is an example.

On an ordinary day some fifteen years back I took my mother to a salon in Southern California for her hair appointment. While she was having her permanent I checked with the receptionist to see if a manicurist was available. A few moments later a bubbly, smiling woman who looked twenty years my junior walked up to me. “I just had a cancellation,” she chirped, “Come on back.” Later, I would find out that she was six months my senior. I wondered why Vietnamese look so young, so healthy, and so beautiful. Now that I have been to the mother country, I am convinced that among others, one reason is the diet.

My first session with Huong turned me into a regular at the salon. Every time I visited my parents I also checked in with Huong. Never made an appointment until a few hours before I wanted to see her. Huong who had a full schedule marveled over the fact that each time I called she had just had a cancellation. This went on the two years until my schedule increasingly complex forced me to call ahead. Now, I text.

The connection between a stylist or manicurist and her client is precious. It’s one of those “whatever is revealed in the salon remains in the salon”. Over the years I have listened to the stories of how she, her husband and sons left Vietnam after the American War, the rigors of their adjustment to life in the west, and about raising her children bi-culturally. Early on we began a personal, cultural, political and religious dialogue  that has lasted to this day.

At the conclusion of the American War Huong and her family were flown out of Vietnam by the American government to an island. While she has never mentioned the name I suspect it might have Guam.  On arrival they had build themselves a shelter out of banana and palm leaves. It would be their home for a year.Once a month representatives from the UN would come to the island and interview the evacuees in order to find them a proper home.

Finally, a woman from a Christian Church in Columbus, Ohio volunteered to have Huong and her family come to live in her home. The day that the they arrived in Columbus was joyfully filled anticipation for the life that was about to commence. It did not last long. Two weeks later the volunteer decided she could not follow through so an apartment had to be found for the new arrivals. Huong’s husband had been an engineer in Saigon, Huong a teacher. In Columbus he found a job as a dishwasher at the local Hyatt. He worked the midnight shift traveling to work by bus. Huong  found work as a waitress in a local restaurant. Soon she delivered a third another son.

When Huong’s husband learned of an engineering job in California for which he qualified the fate of the family changed.  He applied, got the job and a year later Huong and the youngest son followed. The eldest remained in Columbus attending Ohio State.  Eventually, they settled in the OC  where Huong gave birth to another son and a daughter and began to work as a manicurist.

I once asked Huong why she had not continued her work as a teacher. She replied that when she arrived in the US she knew very little about the culture or the history. She would have to return to school, get another degree—just not possible at the time.

Our extensive conversations have been empathetic, emotional, a time or two we nearly reached a level of shouting when we disagreed, loving and dear to my heart. I have grown to understand how it feels to arrive as a foreigner in a strange land, to go through the adoption process of the new country and especially how it feels for a mother rooted in a different culture to open her heart, mind and personal bias to allow her children the freedoms of an American child. We speak in English, which she has mastered. We have shared as mothers, as wives, as girlfriends; I could reveal more, but at this time I feel bound by the code: “what is said in the salon stays in the salon.”

Many of the thousands who left Vietnam at the end of the war moved into what have become known as “Little Saigon’s”. Huong and her husband decided not to as they wanted the childen to grow up in an ordinary neighborhood.

A month before my trip to Vietnam and a week before I knew I was going, yes, it was a last minute trip, I decided to go to Little Saigon for lunch. While my main interest was food in researching for a good restaurant I came across some interesting factoids.

There are eleven Little Saigon’s throughout the country. Orange County hosts one of the largest, the one I generally visit when I am hungry for good Vietnamese food.  In the late seventies-early eighties available land and agricultural space were a draw as well as the weather.  Some of the immigrants set up restaurants. Originally intended for Vietnamese who were putting in long hours of work it did not take long until they captured the attention of the foodies of the eighties. Jonathan Gold, the Pulitzer Prize winning food writer occasionally eats in Little Saigon, OC.

Once my partner and I returned from Vietnam, recovered from jet lag and the New Year celebration we drove to Little Saigon in search of the best bang cuon and banh zeo we could find. Once there we found ourselves drawing comparisons to Little Saigon, OC and Saigon – now Ho Chi Minh City – in the old country. Both can be found in the images that follow especially in those of the food stalls and shops in the market. 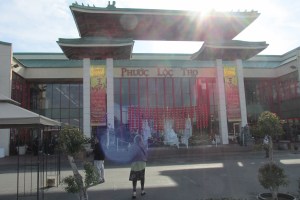 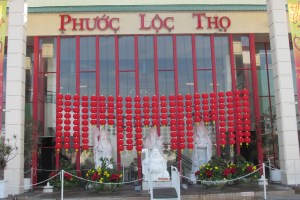 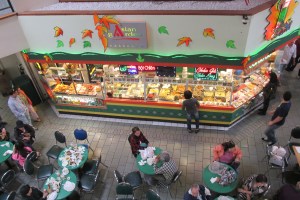 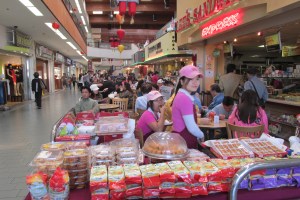 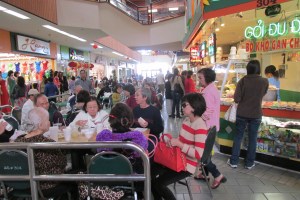 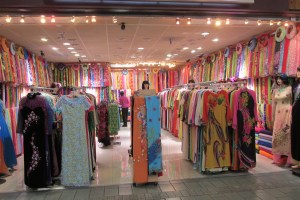 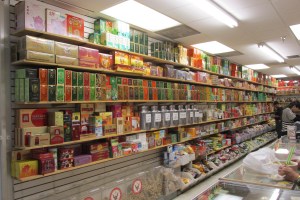 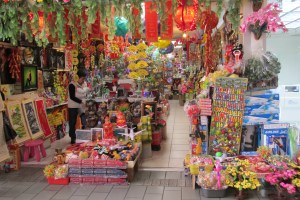 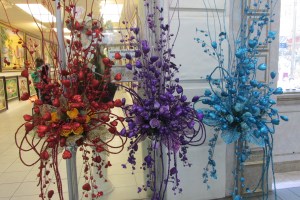 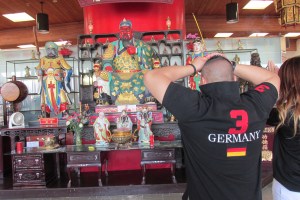 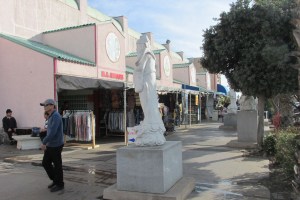 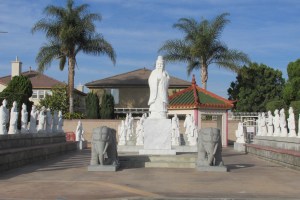 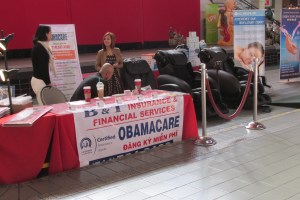 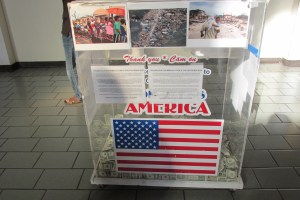 A couple decades back I had a spiritual teacher who told his students that,  “In the scheme of things, America is a great experiment in the grand plan of the universe”.