It took two full days to return from Vietnam, one spent having lunch in downtown Tokyo between flights. Followed by a long sleep mid-air, we arrived in San Diego on Christmas Eve at 9 AM. Now that the holidays have had their due I can reflect on the haiku-like thoughts streaming  through my mind as well as the many stories left to tell.  In the meantime here are some of the thoughts and photos that  captured my attention.

Ok, so I could not build on my manhole collection, but check out the wiring systems in Vietnam…there’s an art-form! 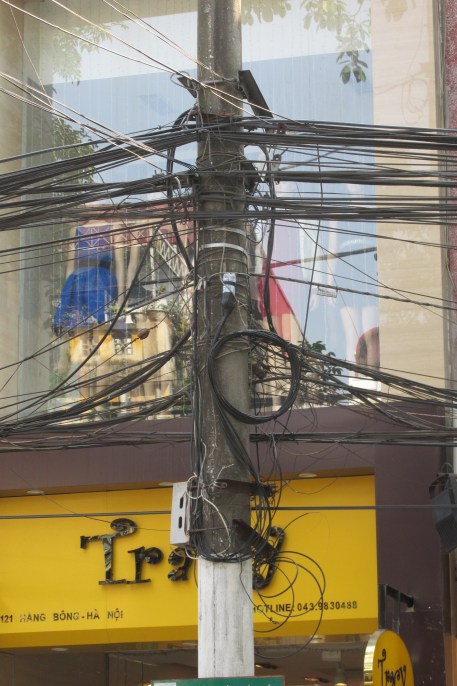 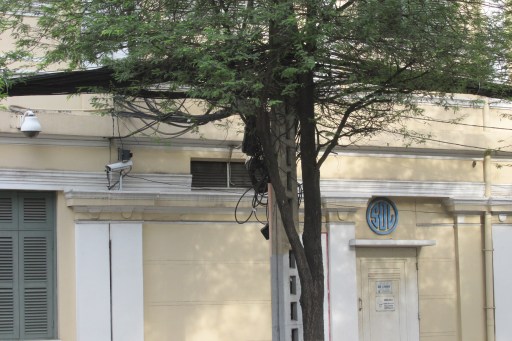 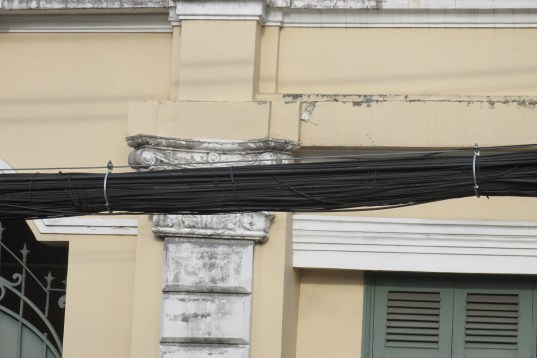 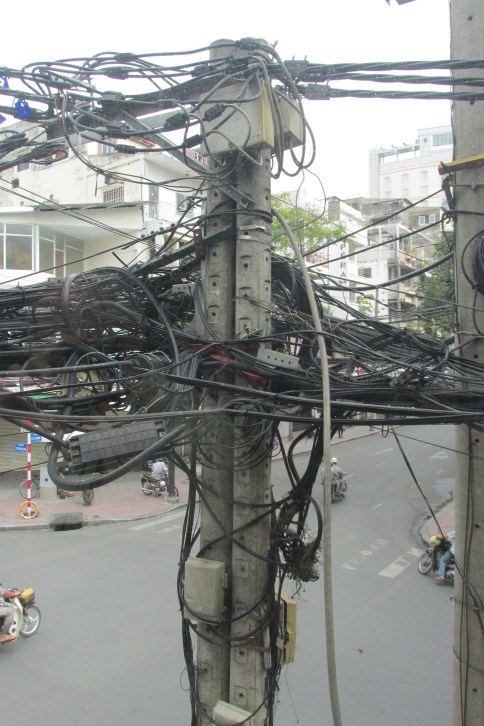 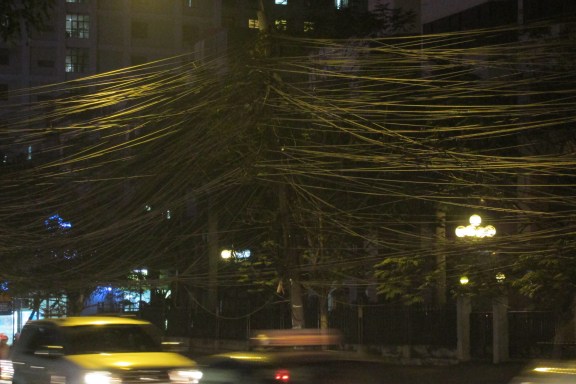 Motor scooters seemed to have mastered it: unbound wholeness 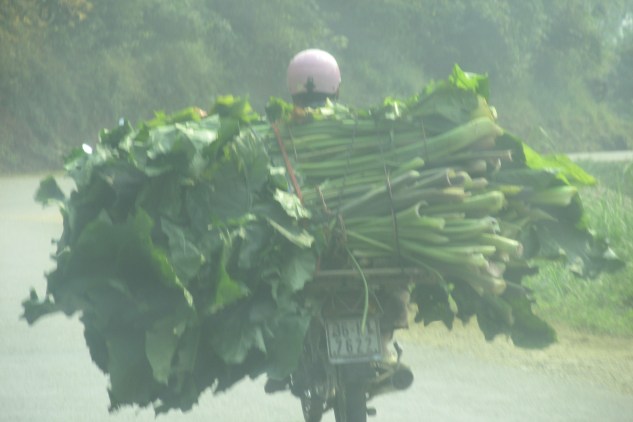 Tis the season in Hanoi, Saigon, Hoi an, not of a savior, but rather of saint santa creating illusions, delivering on fantasies… 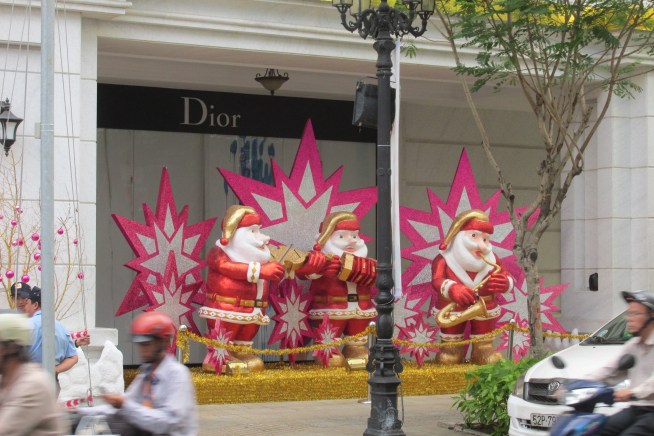 While in the Mekong, Buddha laughs his head off 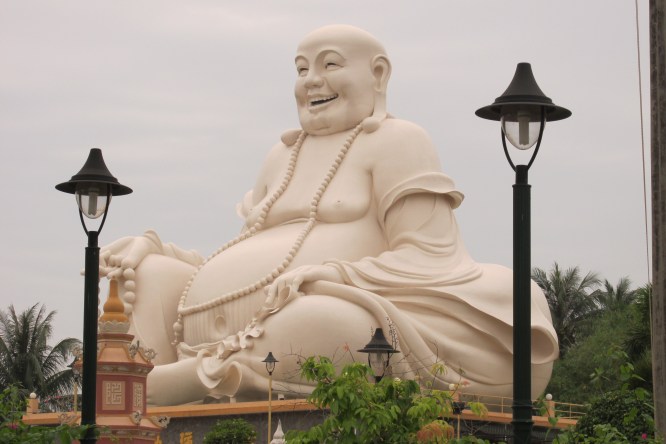 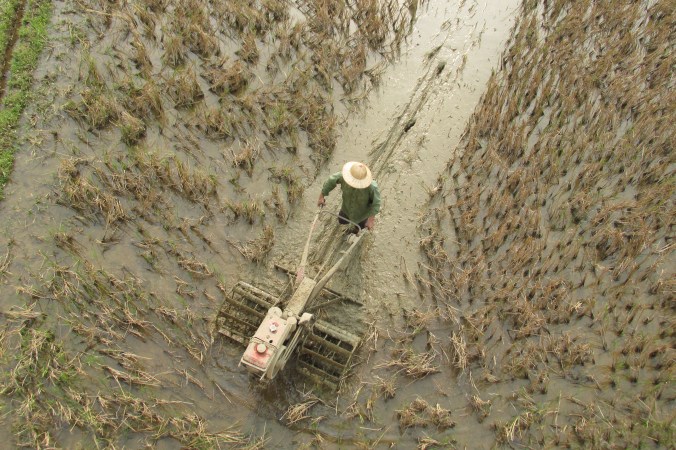 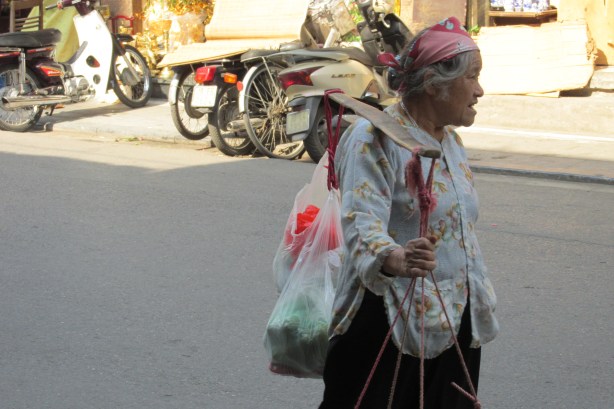 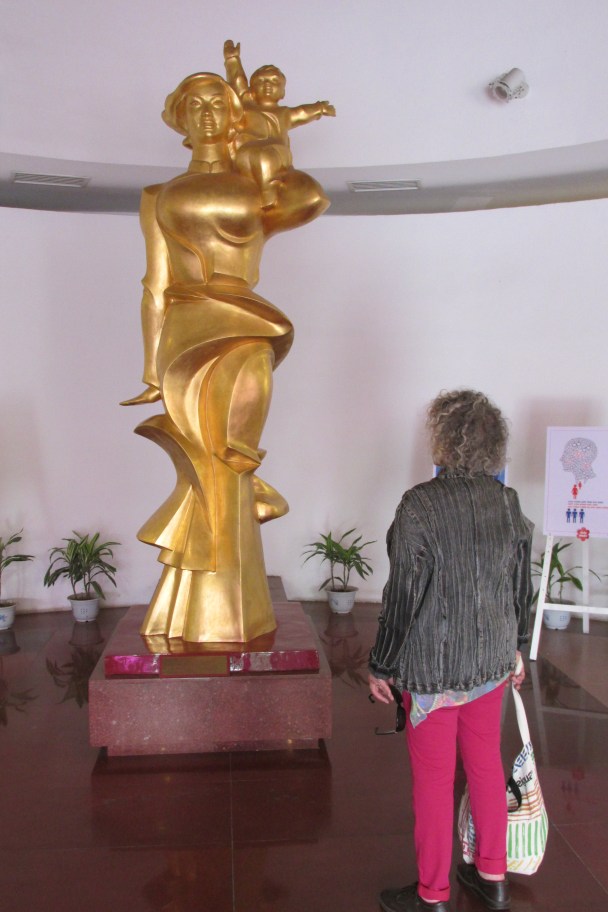 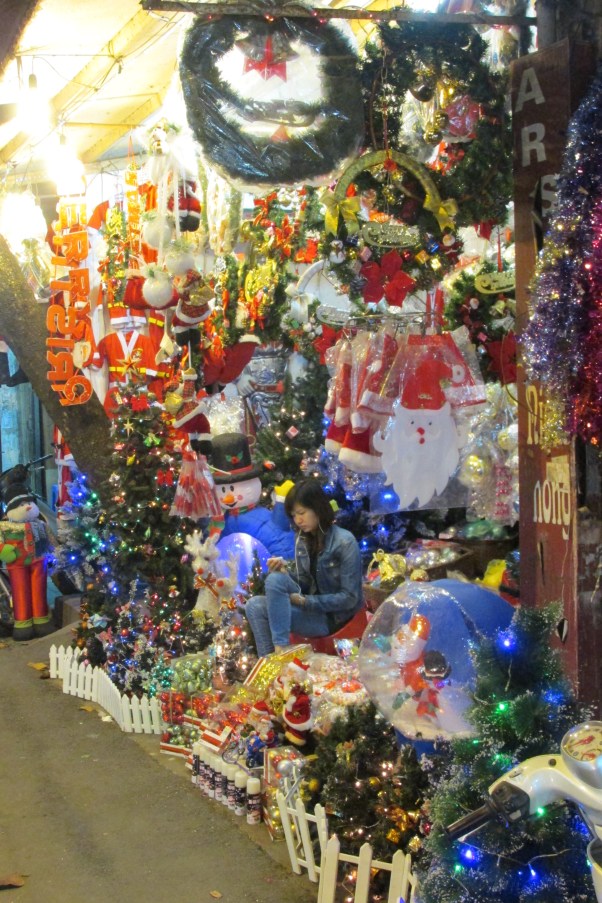 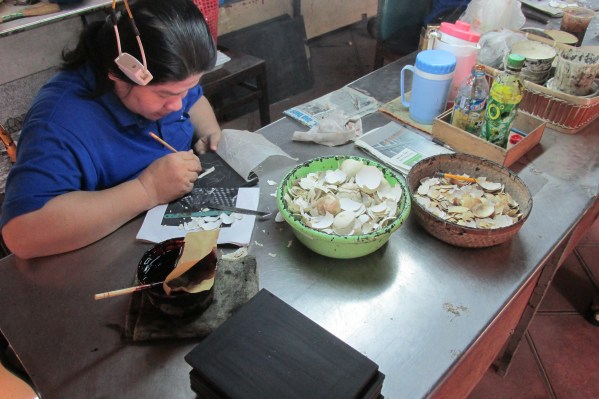 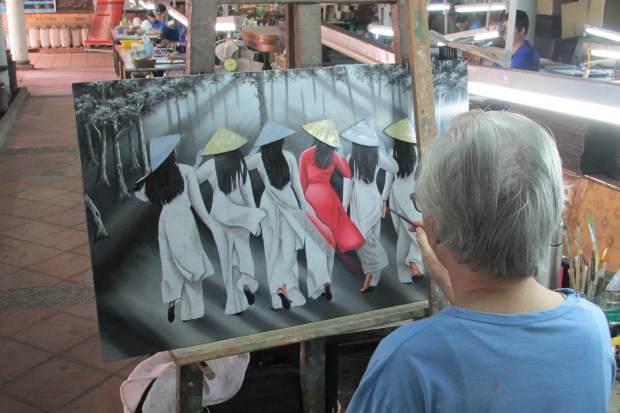 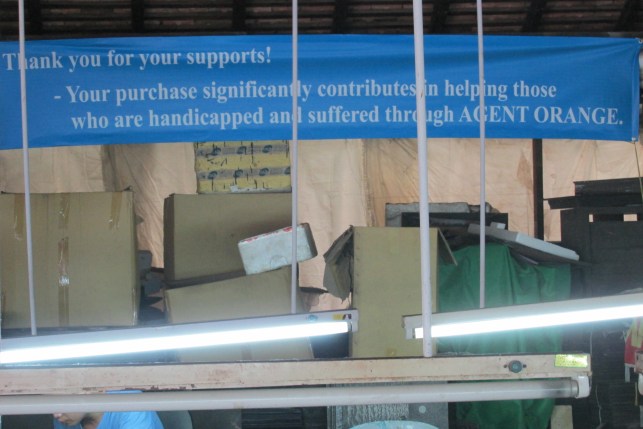 Trickery of the mind creates illusion of privacy; the street reveals all. 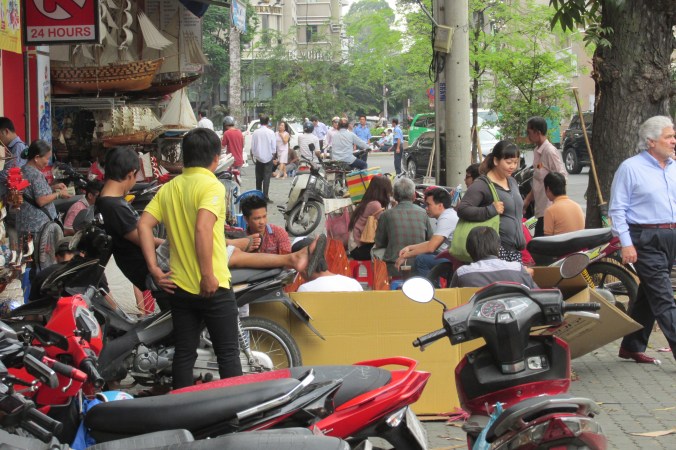 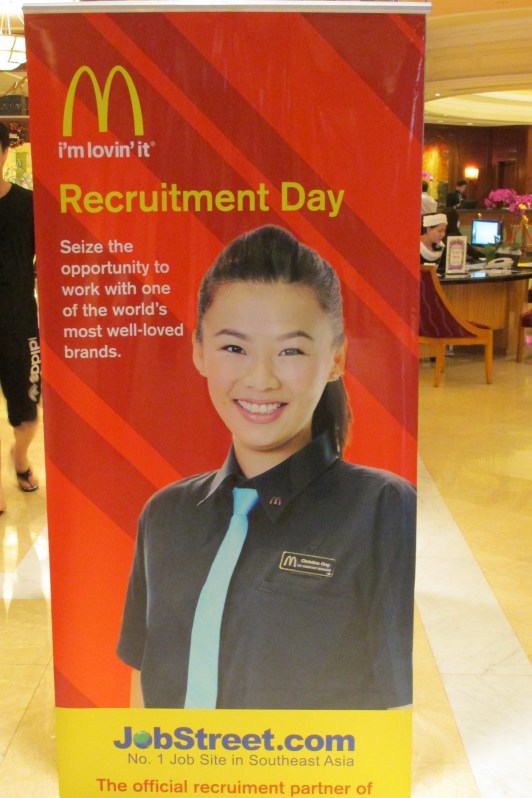 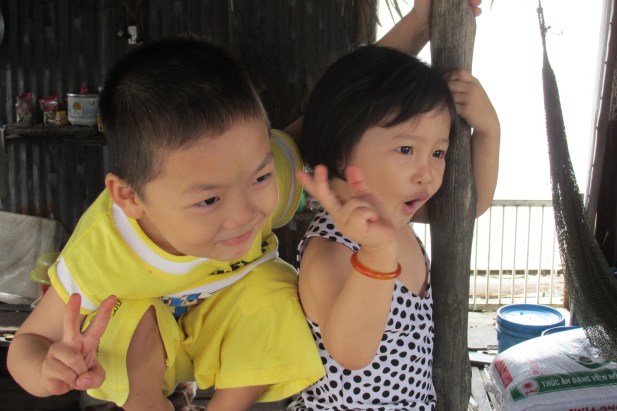 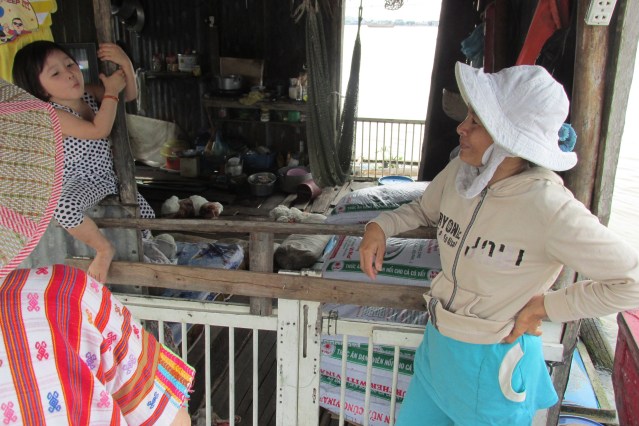 Time to take a break and relax 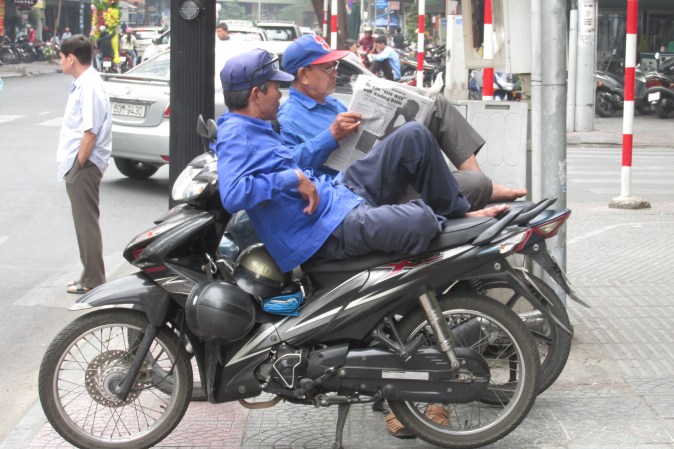 Art, Everything Else, Spirituality, Travel: Boots on the Ground