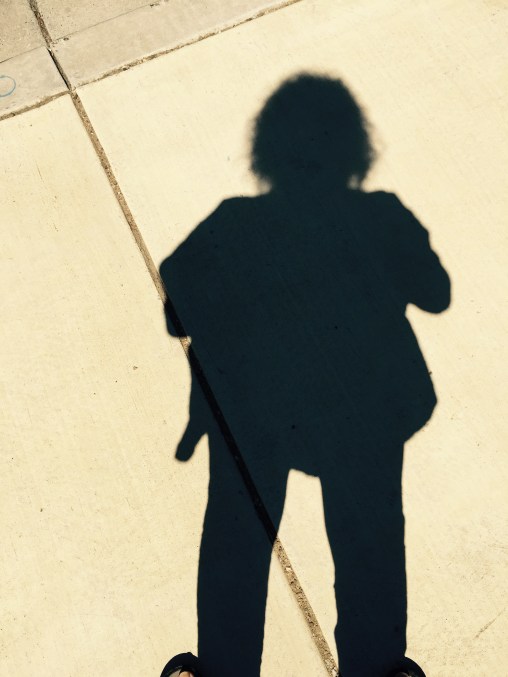 I never cease to be amazed that when I have a need, a response – more than likely – walks in the door! Since December I have been dealing with a lung condition. First, I had a deep dry cough that seemed to go on forever. The Chinese herbs I obtained from Evergreen Health and Herbs in Irvine helped a lot, but symptoms lingered. Then, long story long, here comes the walk in the door.

I was strolling through the produce section of Mitsuwa my local Japanese market in Costa Mesa, when I noticed a veggie I did not recognize: nagaimo. Similar in shape to taro, but with lighter skin it resembled a daikon with a beard. 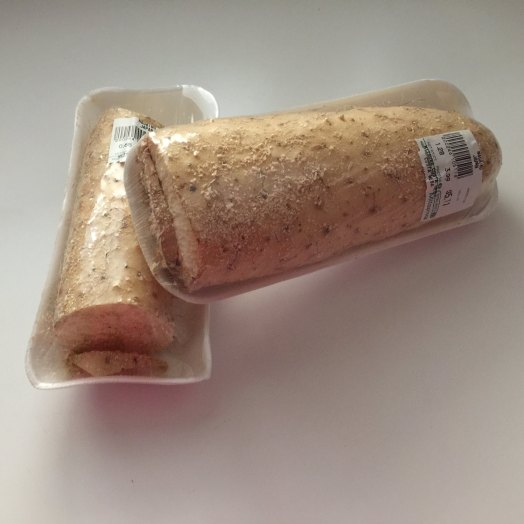 Piqued, I googled nagaimo on my smart phone.

That moment marked the beginning of my love affair with this most amazing yam. After the read and learning of its wonderful health benefits, I seized a few packages knowing that I would begin to work with nagaimo that very night.

Later, in my kitchen I gingerly pulled a piece out of the package. By then I had read the warnings on how it can irritate the skin. To avoid, soaking it in vinegar for a few minutes was one possibility, but  too hungry to wait that long. I immersed my hand in a supermarket vegetable bag, picked up the yam and peeled away.

The skin came off much more readily than that of most yams. I assumed this was due to the moist, slime-like coating that underlies the skin. As I peeled the skinned yam turned slippery. 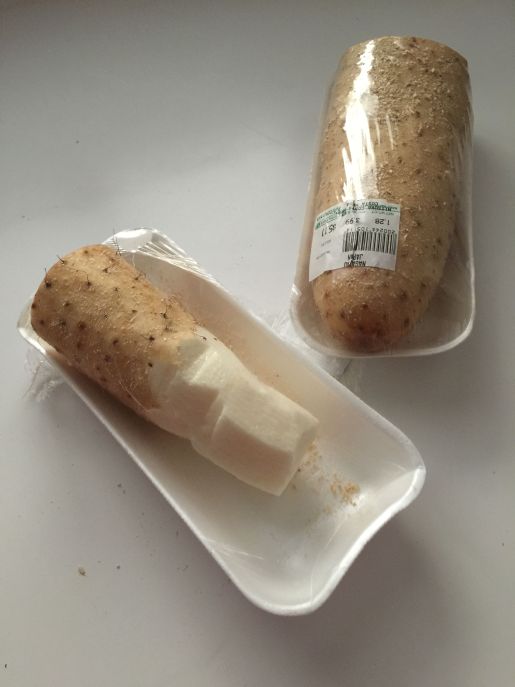 Slicing thin, I put the  pieces in a non-stick skillet and sautéed at low to medium heat in sesame oil. I assumed they would be like potatoes done under the same conditions and indicate they were finished when soft and easy to prick with a fork. It took 20-30 minutes to get to that state. 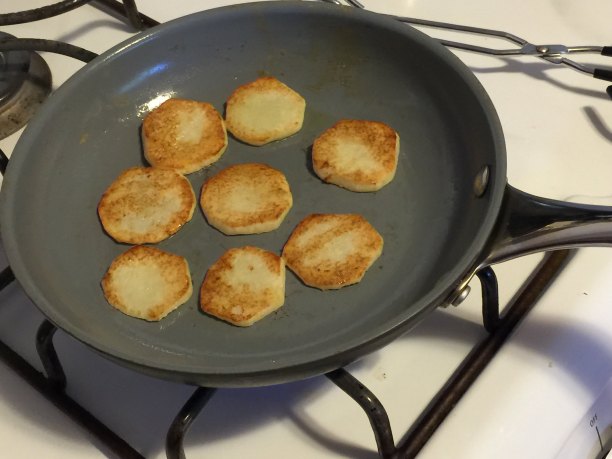 Later, I found that they could be sautéed for a few minutes and eaten crunchy as well.

As I would go on to discover, nagaimo with its chameleon-like character can be used to create a variety of recipes, and unlike most yams, it can be eaten raw or cooked. Diced, stripped, sliced, julienned or chunked as is appropriate, it can be used in salads, stews, and soups.

My second experiment was to mix raw cubed pieces in a salad with tatsoi. I must warn that it does add a rather slimy feel to the entire salad. Think cooked okra mixed with natto, and you get the idea. I add this because I know some  people  have a negative response to the feel of slime in the mouth. 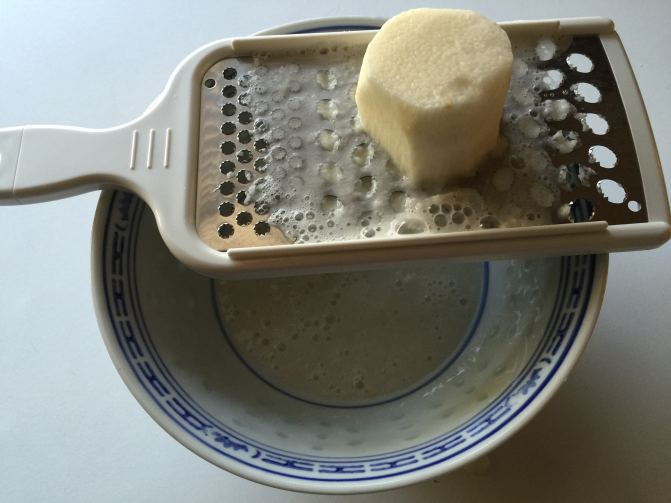 When I sampled, it reminded me of a heavily textured yogurt. It doesn’t spread through the mouth and down the throat like a goat or sheep yogurt, nor is it as creamy. It crawls its way down more or less in one long continuous thread. I like nagaimo in its gooey state and have taken to having a bit with fruit in the morning or before retiring in the evening when it reminds me of mother’s milk! 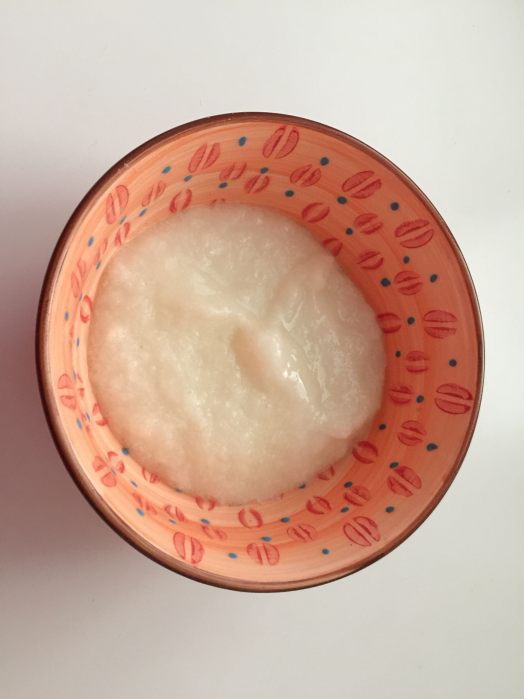 Several decades back, Tsajara, the Zen Mountain Center in the Carmel Valley put out a bread cookbook that revolutionized my breadbaking. In the same book, I was introduced to okonomiyaki a wonderful western, pancake-like version of the Japanese original.

In my research I discovered that in Japan, grated nagaimo, is an essential ingredient for okonomiyaki. While the Tsajara pancake is a wonderful version, with grated nagaimo it becomes more French crepe-like in texture.

In Japan two styles prevail: one from Hiroshima, the other Osaka. Fortunately, I found a video on You Tube of a Japanese chef demonstrating a recipe from each location. As the Osakan recipe is simpler I experimented with that first. It, too, is similar to making a pancake with veggies, but  magic lies in the addition of nagaimo.

With the Hiroshima style, the batter, a quarter cup makes a nice size, is spread in the center of the skillet. A generous layer of shredded cabbage is  added followed by bean sprouts. The rest of the ingredients can vary, I used cubed sweet potatoes because I had some leftovers. Bonita flakes are another essential (omit for vegetarian). The cake is cooked slowly until browned, then before turning more batter is poured over the veggies. While the pancake cooks, a mound of pre-cooked noodles, I used ramen, can be pressed into a round shape in the skillet, and fried until crisp. When ready the pancake is placed over the noodles. For flipping, two square spatulas work well. Finally, an egg is cracked, the yolk broken, smoothed out and fried. When done the entire pancake and noodles are placed on top of the egg. All of the steps can be accommodated in the same skillet if it is large enough.

Finally, with either style the pancake is topped with okonomiyaki sauce and or kewpie mayonnaise (can be found in Asian markets). Brown sauce can substitute. I also subbed the kewpie with lemonized, vegan mayonnaise. 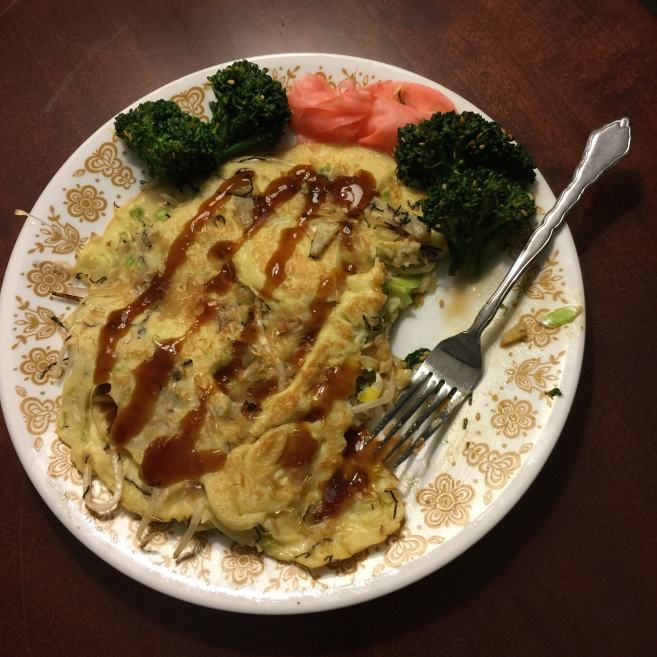 Okonomomiyaki is a little like making vegetable soup in that many ingredients can be used. Mine was vegetarian. I may use whatever is on hand, but in every recipe I have come across cabbage is essential and bean sprouts are usually included. It can be, I use tacos for this as well, the weekly clean out the refrigerator dish.

Following my week of experimenting, learning the in’s and out’s of this wonderful Japanese street food, I began to play with a bit of fusion. I topped my most recent okonomiyaki with a Oaxacan salsa I bought at the Atwater Village Farmer’s Market in LA. A match made in heaven even if not “authentic”.

So, to conclude long story long mentioned in the opening, and here is the part that amazes me, nagaimo also known in Asia as “mountain medicine,” has been used for hundreds of years, for bronchial conditions. As my first week of eating this new found yam progressed, I noticed that my lingering lung condition cleared up. Bring on nagaimo!

The fact that it is beneficial for digestion and weight loss is not bad either. This week I intend to experiment with a recipe for nagaimo, low-in-calorie, French fries!

Recipes to get started.