A Personal Trip into Yoga

While I am still easing back into Travels with Penelope, I decided to post a personal sharing. 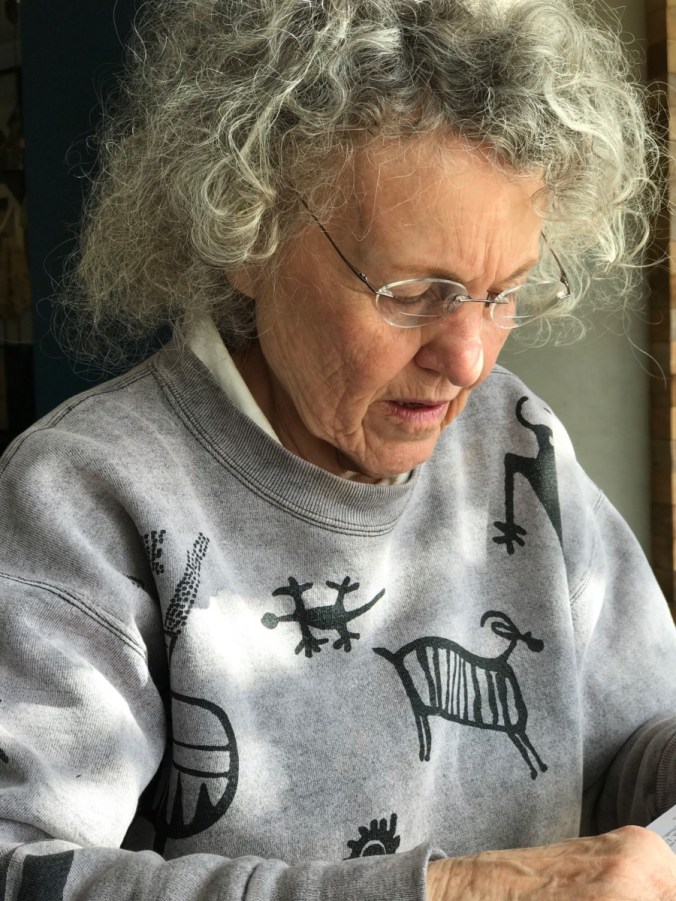 As I have written in “About,” I consider travel far more than taking a journey from one geographical location to another. We travel not only to get to and enjoy a different physical site as on a vacation, we travel to get to the next level, the next job, the next relationship, the next day off, the next lifetime and so on. While we may not give it much thought, we travel from the moment we step into life until that moment in which we step out.

The past year and a half has not been without excursions to beautiful, and sacred sites around the planet, but more profound has been my return to a yoga practice, a trip into inner space.  The thought of doing yoga came as I was drifting off to sleep on a cold January night. When the thought returned as I awakened the next morning, I crawled out of bed, turned up the heat, unrolled my yoga mat, and stretched  into downward dog.

It did not take long to note body changes. I could feel muscles lengthening and strengthening, the body chemistry improving with the glandular system getting nourished by certain postures, fogginess clearing in the cerebral cavity (especially a result of the shoulder stand), and most surprising, layers of adipose tissue began to melt away. Within six months I had to have my entire wardrobe altered. Minus forty pounds later, I hardly recognized my own body.

Having been  introduced to yoga over thirty years ago while living in an ashram in India, I had been given a good foundation. Later, back in the U.S. I had three teachers, but now I was alone in my practice. Traditionally, it is held that one should have a guru for guidance in the practice as one way of keeping the ego from getting in the way of one’s progress. Be that as it may, now I found myself alone in practice save for a great book: Light on Yoga by B.K.S. Iyengar. 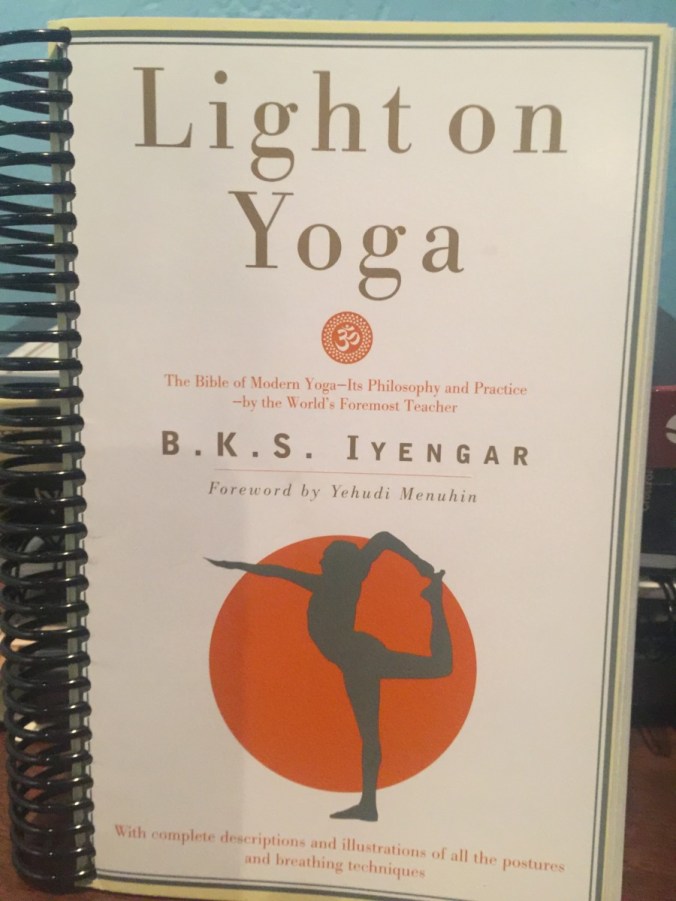 He, too, recommends a teacher, but he also states that he wrote his book as a guide for the student. I felt relieved when he wrote that if no teacher is available, then “you are the student and the teacher.”  The practice of yoga teaches one yoga. And it takes some time! The learning that goes on in a practice does not stop even if one has practiced for decades. I knew having dived in for the long haul that I was fortunate to have Light on Yoga as well as Iyengar’s Light on Pranayama, the accompanying practice.

The time factor bore true. Almost two years after re-engaging and having noted all the changes above, I am also aware that it could take weeks, months, or even a year in some cases until I got how to do the proper posture, alignment, and/or breathing techniques that need to accompany each posture. Two years later, I am learning more each day and hopefully, about to graduate from yoga pre-school.

Everything Else, Ritual, Spirituality

Gentle Sounds Give Birth to The Glass of Wine