Saigon twelve million and busy as Hanoi, but there is more order than in the capitol city. People generally drive on the right sides of the road, respect cross lights, there are more of them, and are careful of pedestrians. In Hanoi, it was anyone’s guess. I stepped out on the road and the die was cast. Fortunately, it always came up in my favor. Drivers rule the road, but carefully weave around walkers. Crossing a street in Vietnam’s large cities is a great form of psychic education.

Within two hours of our arrival at the Lavender Hotel we had covered several major tourist sites: the post office, opera house, Notre Dame Cathedral, and the war museum all within walking distance of the Lavender. The Vietnamese may not talk about it, but the presence of the war is vividly evident from memorials to museums as well as in the content of the fine arts. 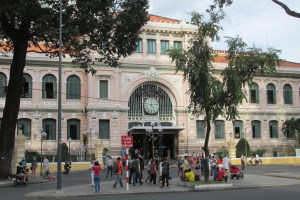 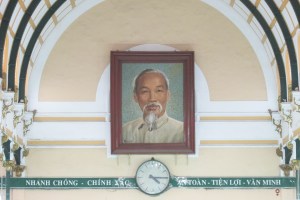 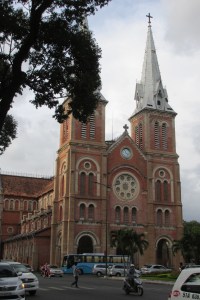 War Museum…I did not go in 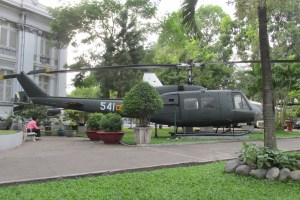 Henry and Jen arrived last evening from Hoi an. All of us went to dinner across the street at Ben Thanh Market. My partner read that it is one of the top ten markets in the world literally selling everything from soup to nuts. At six when the market closes tables, chairs and cooking grills are set up turning the entire place into restaurants. Our group ordered some great fish and Saigon beer, but recovering from a food bug I stayed with steamed rice. A rainy evening, periodically, the chef had to empty water from the canvas roof as seen in the photo. 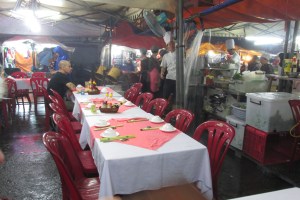 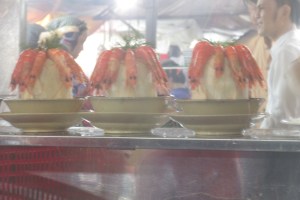 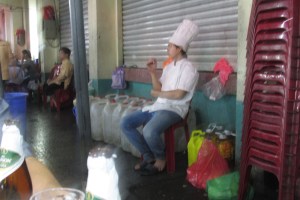 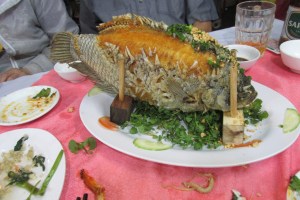 This morning while we toured the market I could not help but thinking of how our supermarkets and department stores are so neat and tidy compared to the organic structure of the markets here.

A watch for everyone! 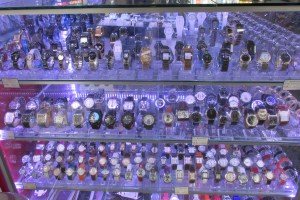 Space continues to fascinate me. Today I watched two women sitting on the famous red stools on the sidewalk having a prolonged conversation. As they finished their chat they exchanged shoes and one of them walked off in the others shoes. Here one engages even in the space of shoes.

Good tidings: John Kerry, as reported in the Vietnamese News has been in Hanoi for four days. “Viet Nam has the potential to become the largest trading partner of the United States in South East Asia,” said the visiting secretary. Everyone here is happy.

Visited the Ngoc Hoang Temple – Jade Temple Pagoda, a Taoist site. A bit shabby, odds and ends strewn about, it was built in 1909 by the Chinese community. A large pond of turtles banked the entry. Neither turtles nor coi in their pond were well cared for. They seemed unhappy. In spite of the conditions, the energy in the temple ran deep. Large cartoon like deities were happy with the incense and candles presented by a constant stream of devotees. 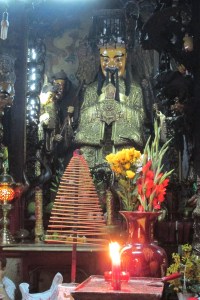 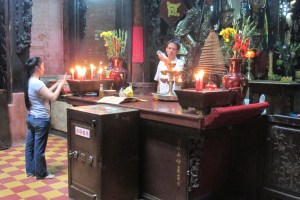 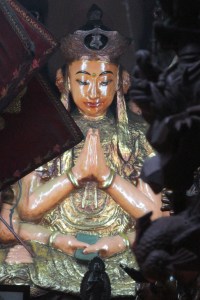 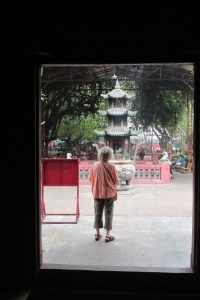 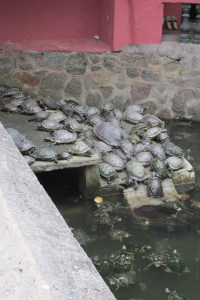 After the visit to the pagoda we caught a taxi to take us to the Bitexco Building, the tallest in the city and a good place for viewing with afternoon tea. Our driver spent a lot of the trip pointing out embassies and praising the Americans. He told us about the soldiers fed babies during the war. First time someone mentioned the war.

Ben Thanh Market from the Bitexco 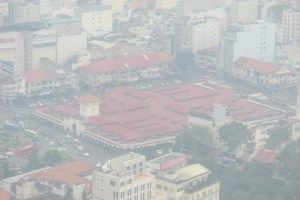 I feel like more of a tourist in Saigon than Hanoi.