From my table at a café in Matera I look out at the following. 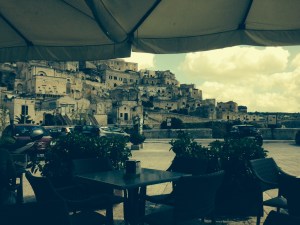 A consistent round of church bells mark the hours. Sweet tweets and willowy songs of birds recently flown in from Africa fill spaces between bell rounds. An occasional map poring tourist seeking transport passes by. Sitting here in Matera I am reflecting on Sardegna,  somewhat torn between whether I should record facts or simply communicate experiences. Perhaps a bit of both.

Going to Sardegna as I alluded earlier is like dropping off the planet and falling into a quiet place where the living is slow, the quality of food impeccable and life is about connection with family and friends, all marked by the rhythmic kneeling to the gods of the seasons and the Deity. Sardegna, when I think of you it is not your turquoise beaches that come to mind although I have rarely seen more beautiful. Nor the nuraghis whose presence is a reminder of time before recorded time.  I think of the people we met as we made our way along the wine route that our friend Tim Robertson of Robertson’s Wine Tours set up. Our meetings with winemakers were remarkable.

We began in the southwest where we stayed on Sant’Antioco, then up the central west coast to Cabras on the Gulf of Oristano. From Cabras we had a stay in the Catalan area of Alghero, then a trip to the east coast city of Orosei.  Finally, we returned south to Calgliari, the capital of Sardegna. Along the way I learned more about the grapes of Sardegna, the winemaking process and of course the end result.

Guiseppe’s Sedilesu’s story from orphan at nine to overseer of one of Sardegna’s most prestigious cantinas is a case in point. Guiseppe went to work in a sawmill. As he grew up he recognized that having wine at the table for dinner carried a certain dignity. By the time he had his own family he decided to provide wine for his family meals. Taking some of his hard earned money he began to rent vines. We would call this sharecropping. Eventually, Guiseppe was able to purchase a hectar and grow his own vines. As they grew up his children helped him with the small vineyard. Along the way he acquired more hectars and honed his winemaking skills all the while focusing on cannonau for which Sardegna is famous. The children acquired the same skills. 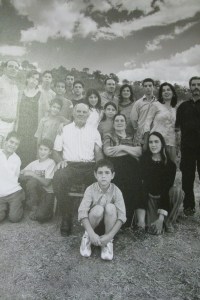 Guiseppi, his wife, children and their families

In Sardegna family is the base and core of everyday life. Along with cannonau, family connection is given as the reason for the longevity, centenarians are quite common, of so many of Sardegna’s citizens. When Guiseppe reached an age where he knew it was time to consider retirement he gathered his children and offered them a proposition. He could divide up the vineyard into parcels for each and himself, or the siblings could band together to develop their cantina and the quality of the wine. They chose the latter.

Mamoiada is famous for its mask festival, but as one writer said, “there is nothing strange about the wines of the Sedilesu family, a new star of Sardinia’s wine scene. This clan, under Giuseppe, the elderly patriarch, has moved with the times, to produce organic and biodynamic wines. The result is intense, complex vintages…” 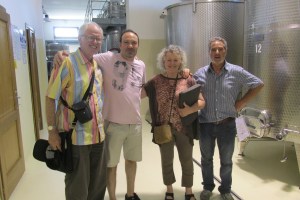 Salvatore and Emilio handle public relations and hospitality. Francesco not available  for the photo is the oenologist. 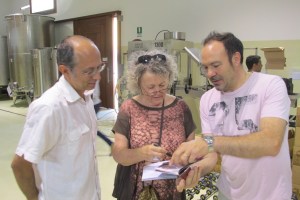 Mario of Travel Motus accompanied our tour of the cantina. 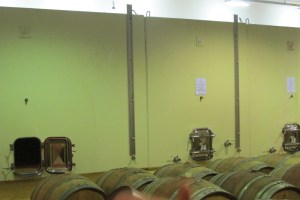 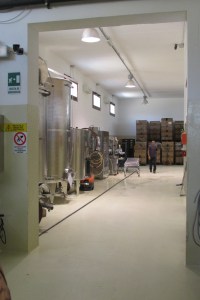 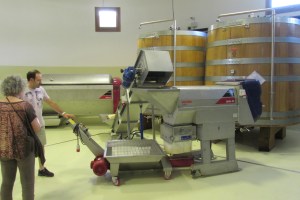 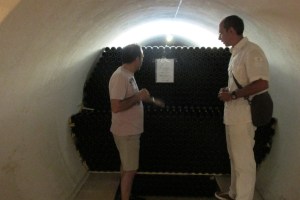 Row upon row of tightly stacked bottles of aging wine extends back for several meters.

The Sedilesus set up impromptu tables in the storage room and surprised us with a feast of the typical foods of the region. 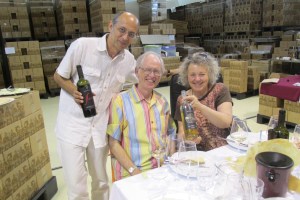 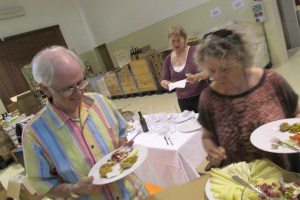 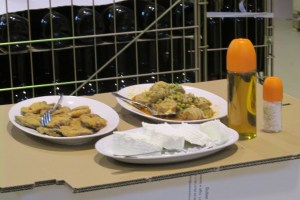 The dish on the far left is brain. I thought I was eating fried zucchini! 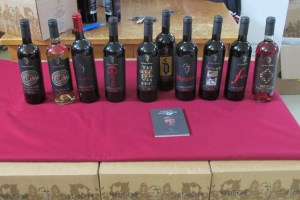 Nine bottles–all cannonau representing different vineyards and qualities. One white called granazza is a mystery grape as of yet unidentified.

Gabbas from Nuoro who focuses on canonnau is attorney turned winemaker. He, too, purchased a vineyard, worked it on days off until he decided to devote himself full-time to working with the grape. His wine has received three glasses six years in a row from Gambero Rosso, (means red prawn and comes from a tavern in Pinocchio where the cat and the fox dined) a guide started in 1987 and comparable to an Italian Michelin Guide for wine. Francesco, Guiseppe’s nephew gave up architecture to join full-time in the family business. Today they produce some of the finest on Sardegna   We  piled us into Guiseppe’s Range Rover  to be taken on a hair-raising ride up and down the slopes of the vineyard. 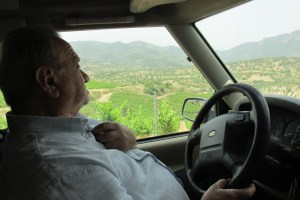 Guiseppe at the wheel 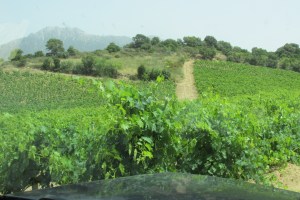 Far above the cantina. 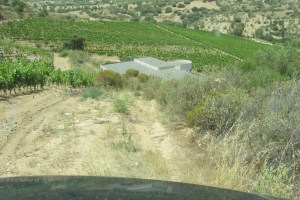 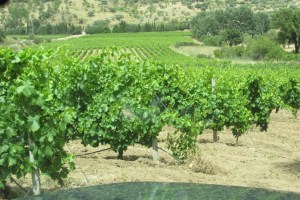 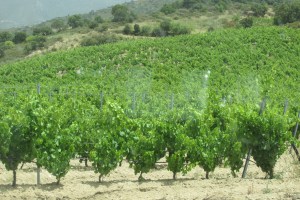 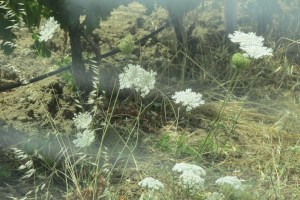 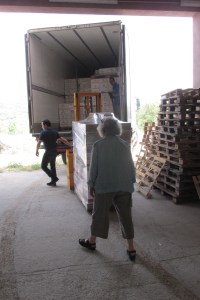 Gabbas wines enroute to the US. 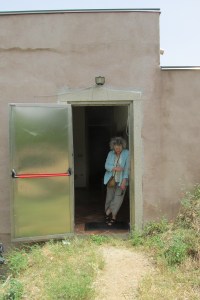 From the tasting room. 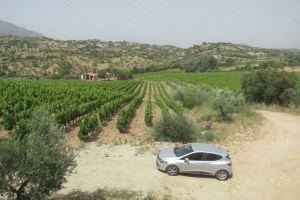 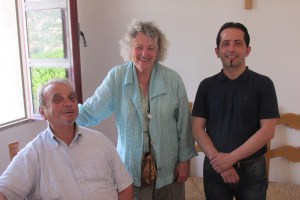 Travel: Boots on the Ground, Wine